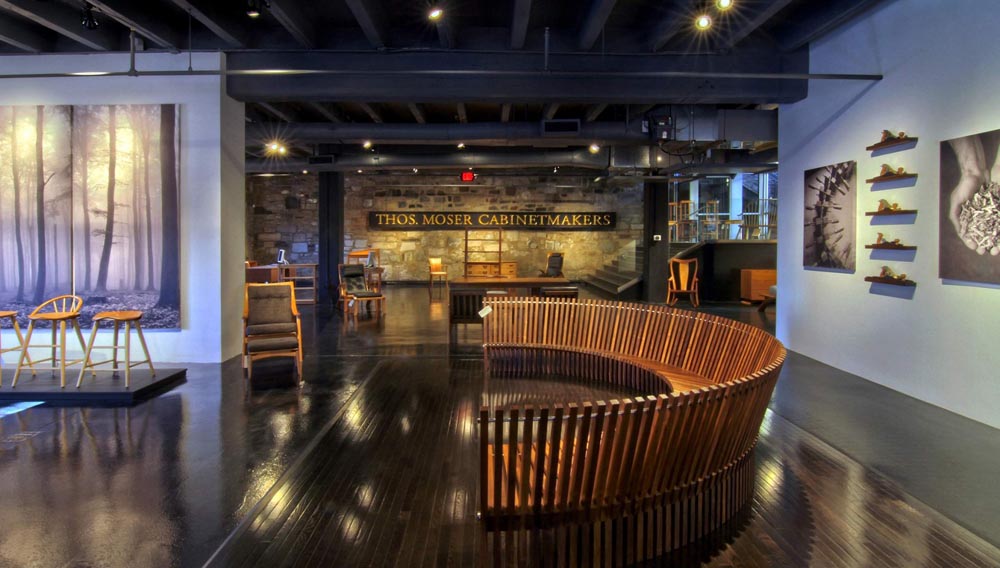 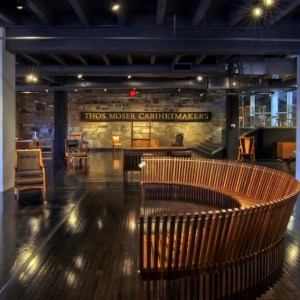 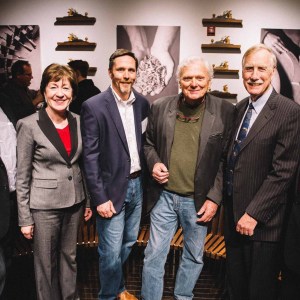 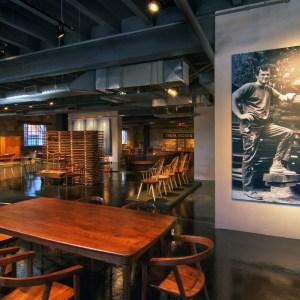 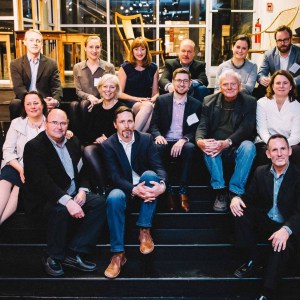 Thos. Moser celebrated its return to Georgetown last month in the 5,500-square-foot showroom located at 1028 33rd Street, NW, Washington, DC, where its Handmade American Furniture is displayed as pieces of art in a gallery setting. The historic building features stone walls along three sides providing a rustic backdrop for Thos. Moser’s signature chairs, tables, stools and chests, among other fine solid wood furniture, as well as its newest contemporary lines including the award-winning Cumberland Collection designed by Adam Rogers.

During a VIP evening event, Tom Moser greeted more than 200 loyal customers, media and politicos including support from the company’s home state of Maine, with Senators Susan Collins and Angus King and Congressman Bruce Poliquin in attendance. After an introduction by Moser’s son Aaron Moser, who heads up the Moser Contract Division, Collins and King addressed the crowd, telling stories about Tom Moser and wishing him well on his return to Georgetown on the occasion of his 80th birthday.

With a Made in America theme, the grand opening activities included a drawing for a limited edition flag made of cherry, walnut and maple and crafted and signed by Tom Moser. Members of the Thos. Moser team from Maine, including CEO Bill McGonagle, CBO Susan Davis and manager of its flagship showroom in Freeport, Maine Steve Wyman, among several others, also attended the evening festivities. In addition, Senator Collins invited Tom Moser for a tour of the Dirksen Senate Office Building and to see the cherry, walnut and maple American flag made by Moser that is on loan and displayed in her office.

In a separate weekend event, Tom Moser signed copies of the new Thos. Moser Spring/Summer commemorative catalog while Master Craftsman Warren Shaw demonstrated the making of the iconic Thos. Moser Continuous Arm Chair. Guests could enter to win a spot in Thos. Moser’s Customer In Residence Program, which began in 2007 and gives customers the opportunity to spend a week in Maine making furniture with a master craftsman.

For more information about the new Washington, DC Thos. Moser showroom, go to www.thosmoser.com or call the Georgetown location at 202.793.2606.