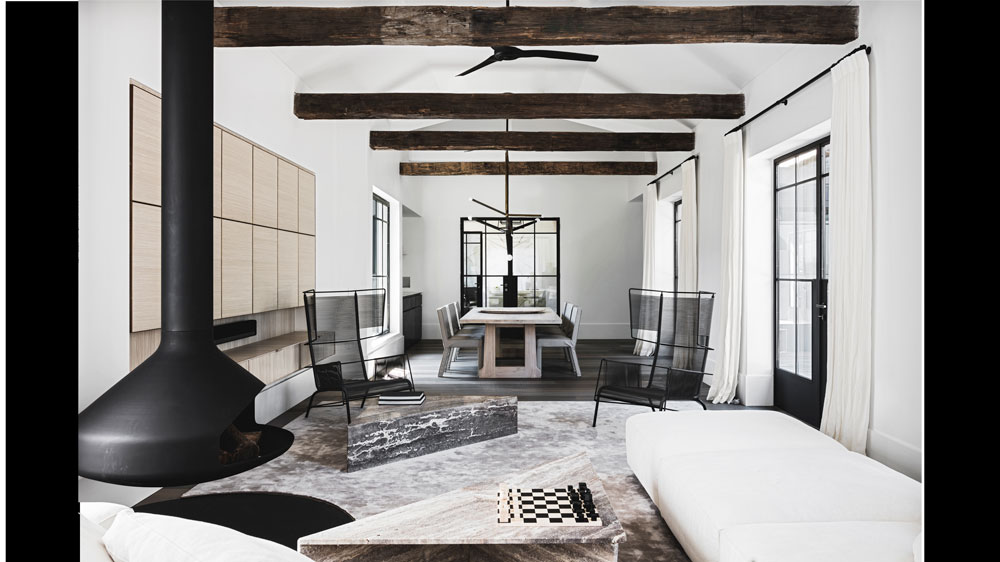 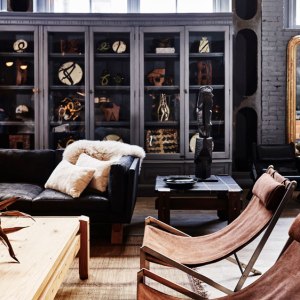 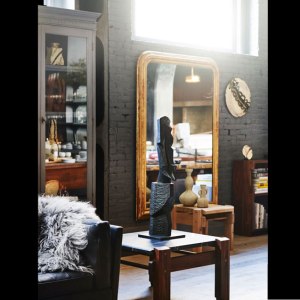 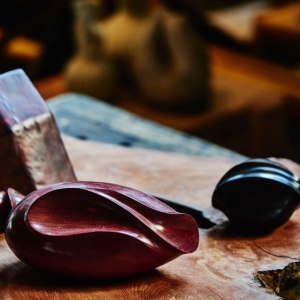 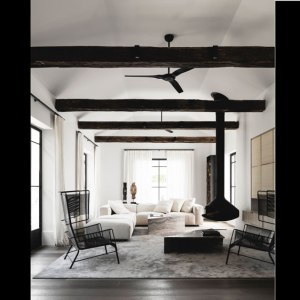 Interior design and fashion have always traveled in similar circles, inspiring and informing each other’s stylish desires. But fashion has the ultimate prenup: Change is necessary. Every season brings new additions—a new coat, a pair of shoes, something that makes you feel invincibly stylish. Interiors are different. They insist on a full commitment. They want the you of your dreams and your future, which makes the entire process intensely personal.

After a decade of seeking experiences in shops, hotels, and restaurants, certain visceral, visual influences have made their mark at home. We know what we like and what we want, even if we can’t articulate it. And because design is everywhere—in airport lounges (thankfully), waiting rooms, and barber shops—it’s easy to fall for something trendy, even if it’s utterly impractical at home.

Interior designers have a love/hate relationship with trends. Should a home be a monument to what’s currently hot, or should it be blissfully unaware of what’s happening around it? These are questions for the introspective homeowner, but there is no denying that three different aesthetics have emerged as a reaction to (or against) a set of influences—not the least of which is the very medium you are enjoying at present. The moment design could be consumed, appreciated, and acquired online, the home became the undeniable nexus of personal style.

And it was only a matter of time before a few looks and a rotating cast of products would dominate every Pinterest board on the planet. While homogenization is the risk of all this shared design inspiration, it also means that the three looks we find so appealing and so relevant happen to be the hardest to execute well. So, individuality can prevail for once.

Anyone who loves the thrill of the hunt has responded to this mixed antique and vintage-heavy look pioneered by New York studio Roman and Williams. The firm describes its interiors and architecture as “eclectic, high-touch elevated craft.” The visionaries behind the Ace Hotel New York, the Chicago Athletic Association, and the Breslin, cofounders Robin Standefer and Stephen Alesch have roots in set design and production. Those skills have been summoned outside of the hospitality scene, and now the pair is known to give residential spaces rich layers and character. They also don’t forget the power of objects: Blending curios and antiques, Standefer and Alesch often source unusual pieces—reclaimed materials, industrial artefacts, remnants from the past—and have made it cool to dig for treasure at every flea market on the map and then mix pieces for highly personalized results.

Roman and Williams Guild is the retail manifestation of their textural aesthetic and has everything you need to know about the concept. “We want to challenge the standard look of minimalism on one hand and traditional designs on the other and create a fully integrated modern hybrid,” says Alesch. To obtain this style (short of enlisting Roman and Williams as designers), Guild features furniture and accessories that have been selected for the store. “With our eye for collecting hard-to-find unique art and objects and our new furniture line, we are looking to redefine what ‘modern’ means,” says Standefer.

For a while, modern homes were defined by everything that wasn’t there: embellishment, color, and curve. As contemporary life got more family-friendly, entertaining at home was cool again, and people rediscovered the gorgeous works of mid-century-modern design, another style emerged. This one was especially preoccupied with craftsmanship (just like Collected) and placed an emphasis on natural materials—wood, stone, and linen—all in the name of simplicity that wasn’t cold.

A supple, organic antidote to the white-on-white starkness of the 1980s, Warm Minimalism rejects overstuffed rooms but not to monastic ends. It strives for texture without excess, lightness without bleach. The Australian studio of Handelsmann + Khaw gives a peerless illustration with the living area of this home near Sydney.

“Once the architecture was resolved, our early meetings focused on balancing the rustic with a

touch of real luxury,” relay principals Tania Handelsmann and Gillian Khaw of the concept. “The space had to be coherent, contemporary, and all the while classic. Texture without twee. A home that always felt calm, ahead of the storm of a busy family.”

Elevating this desire for serenity, the pair designed the space in a distinctly Australian way. “For us, Australian style dictates an honesty of materials, simplicity of form, and a tonal palette that showcases as well as provides a respite from the sun-bleached landscape. Moreover, a contemporary Australian interior comprises inspiration from multiple cultures but not derivative themes. Here, we adopted an earthy, tonal palette using honest materials and contrasting textures in the spirit of contemporary Flemish designers like

Vincent Van Duysen and Piet Boon. Our aim was to create a luxury that was subtle and would, like anything exposed to this country’s elements, develop a patina.”

San Francisco–based designer Ken Fulk is part of a decorative legacy that worships pattern, objet, and sumptuousness. It’s a look that favors historic references, heirlooms, meaningful collections, sparkling formalities, and graphic motifs in every size and scale. It has been called maximalism, and it counts Tony Duquette as a patron saint along with Kelly Wearstler, who, as a contemporary torchbearer, put her sexy spin on Hollywood Regency and conquered Miami.

After an incessant stream of pale pinks, light woods, macramé wall hangings, and the brass-inflected living rooms of fashion’s It girls, the pendulum had to swing. Opulence has no need for subtlety. It participates in the green movement by keeping the silverware and candelabra in the family. This is a more-is-more mind-set. Even with those stately expectations, the style has opened the door to the 21st century with bold, saturated colors, high-end textiles, and energetic motifs—exaggerated, modern, historical, or fantastical—for the wall, the ceiling, or any surface. Many of the best ones are produced by funky artisan studios worth knowing.

Fulk is a maestro of enchanting, exuberant interiors, both residential and commercial. He is also one of a few skilled artists who can weave a real story through his work. Of the space, he says, “We concocted a fictional character, Madame F., who settled on the Upper East Side with her rescued menagerie and led a life filled with intrigue, travel, and eccentricity.” The designer commissioned an elaborate hand-painted animal mural from British wallpaper company de Gournay and dressed the dining room table with Saint-Louis crystal and Hermès china, lending grandeur to a home that was built in the 1800s and wanted to live a big, Champagne-soaked life. To further the point: He created a silver closet adjacent to the dining room, a room with the express purpose of housing and stowing silver—the very essence of posh living.