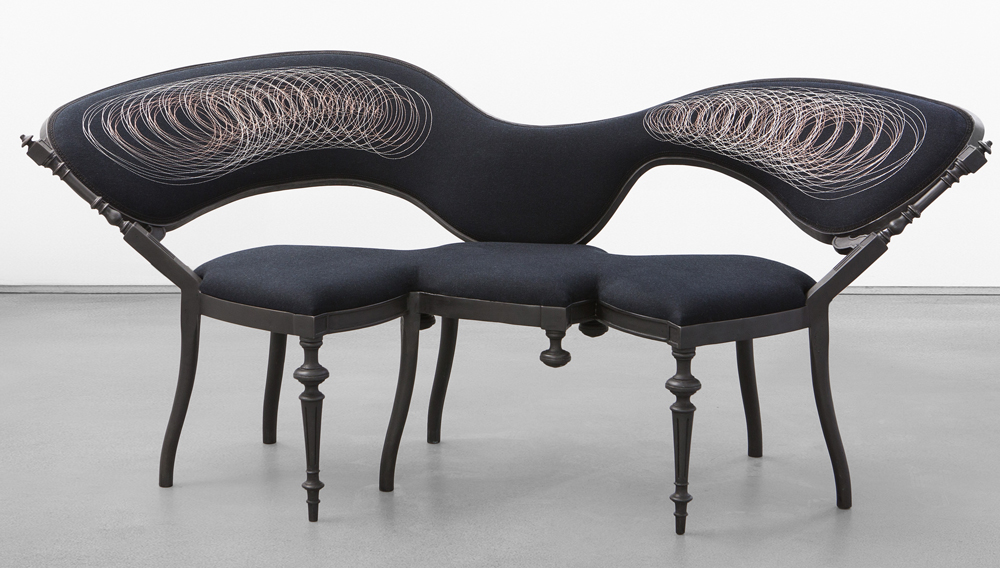 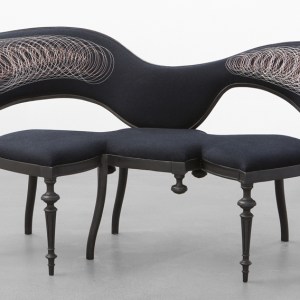 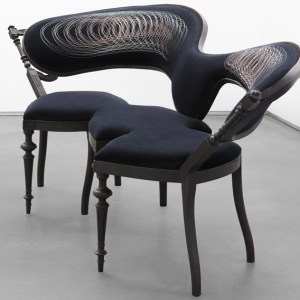 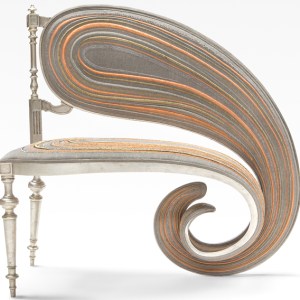 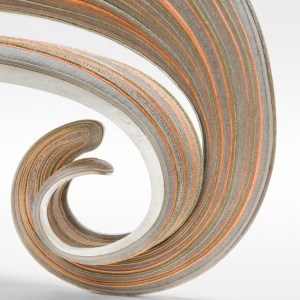 Last week, Sebastian Brajkovic—known for his hand-carved wooden furnishings with intricate swirling designs—unveiled Vanishing Point, his first solo exhibition at the Paris branch of Carpenters Workshop Gallery. In addition to older works (such as wall sconces and decorative sculptural pieces), the three-month show, which runs through August 29, displays seven new limited-edition works, including chairs, benches, and sofas that continue the Dutch designer’s career-long experimentation with the linear passage of time. “My work is about imagining time passing by in a hermetic space. The work looks as if it appears to be in a glitch,” Brajkovic explains. Inspiration for the new pieces comes from a real-life milestone within his own timeline—the birth of his daughter. “With the birth of my [first] child, I wanted to express this idea of movement starting from nothing and becoming something.”

This progression is depicted on the swirling, curved back of the artist’s new patinated bronze Fibonacci chair, on which Brajkovic partnered with Maison Lesage to create the piece’s intricately embroidered silk upholstery. Brajkovic, who has applied silk embroidery to many of his past designs, moved from Amsterdam to Paris in 2012 in part to refine his handcrafting skills with the famed French embroidery house, and this is the first collection to reap the benefits of his training. In addition to the transfixing eddying motif on the new Fibonacci chair, the Maison’s stitched embellishments can also be found on Brajkovic’s new zigzagging Sleipnir bench. Thirteen patinated-bronze legs support the five-and-a-half-foot-long elongated cushion, which is covered with delicately layered diamonds stitched in dark gray and white silk thread. Brajkovic will only produce eight editions of his seven new works, ranging in price from about $55,000 to $220,000. All are available for purchase through the gallery.