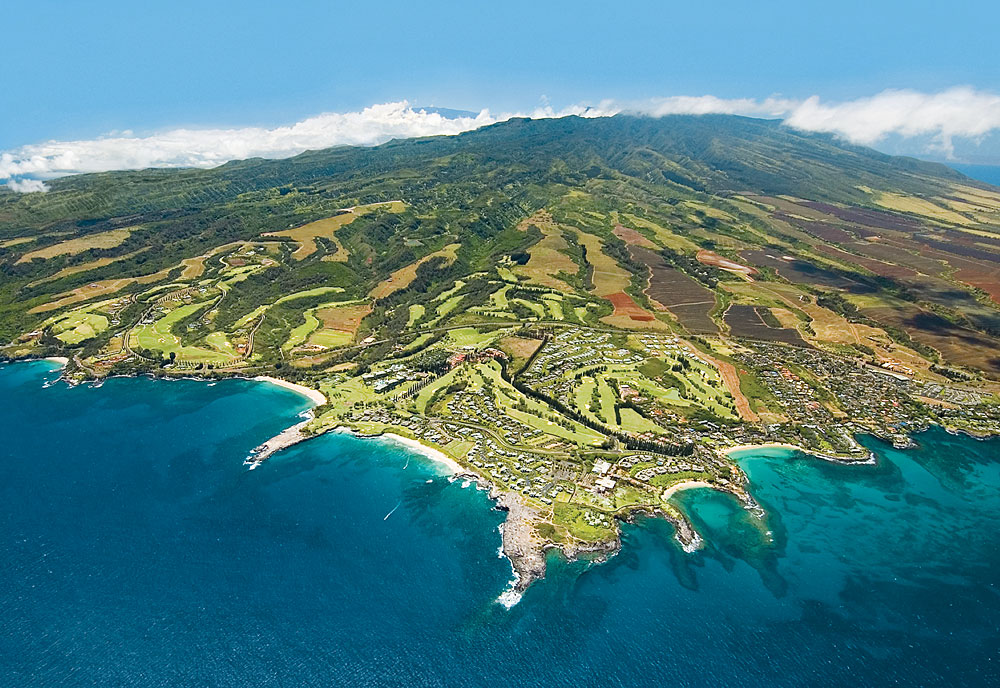 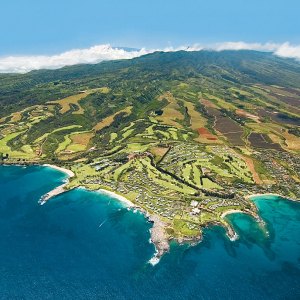 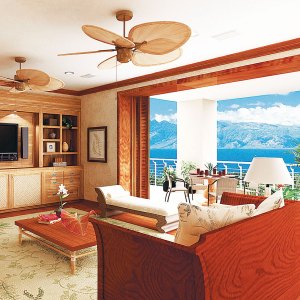 Highway 30 wraps around Maui’s northwest coast for 25 miles, passing high-rise condominiums, construction sites, and beaches lined with hotels and packed with tourists. But the scenery changes suddenly when the road ends at Kapalua, on the island’s northwest tip, where the Maui Land & Pineapple Co. has operated a plantation for nearly 100 years. One of the last working pineapple farms in Hawaii, the 23,000-acre property borders the Maui Mountains and two immense preserves on three sides, and the Pacific Ocean—with views across the water to the island of Molokai—on the other. A grove of pine trees, which the company originally planted to protect the pineapples from wind, now acts as a shield to the area’s only resort, the Ritz-Carlton, Kapalua.

Since it first opened in the early 1990s, the popular beach and golf resort has had several proprietors. “None of them were hoteliers, though,” says Jerry Landeck, a senior partner at Gencom, which owns Ritz-Carlton hotels in Key Biscayne, Fla., Bachelor Gulch, Colo., and other locations throughout the United States. “The property is on a phenomenal site, but it had been neglected and needed a lot of updating.”

After acquiring the Ritz Kapalua in April 2006, Gencom enlisted Hawaiian design firm Philpotts & Associates to oversee the necessary changes. “One of the first things we did was get rid of the white and gray marble,” says Philpotts’ project leader, Jon Staub, who grew up in Hawaii and previously designed interiors for Maui’s Grand Wailea Resort and the Big Island’s Kona Village Resort. “At Kapalua, our designs are about removing the formality and bringing in the beach.”

Gencom closed the Ritz Kapalua in July to begin the renovation, which the company plans to complete in December at a cost of $125 million. Of the 550 original guest rooms, 250 are being transformed into 107 condo-hotel units (priced from $895,000 for a one-bedroom unit to $6 million for a three-bedroom penthouse). The units’ interiors will follow Ritz-Carlton’s new corporate-wide policy of building resorts that are in tune with their environments. Living areas will feature mahogany case goods and hardwood floors, while onyx countertops will pair with limestone floors in the bathrooms.

Other changes at the resort—which also has private villas and fractional units for sale—include the additions of pool cabanas and a 15-treatment-room spa, and the expansion of the lobby and restaurants. A new members-only golf course, designed by Tom Fazio, will join the resort’s Arnold Palmer–designed Bay Course and the legendary Plantation Course, home to the annual PGA Tour Mercedes-Benz Championship.

Although scheduled for swift completion, the additions and changes to the Ritz-Carlton, Kapalua, are not, according to Staub, superficial. “All the money that’s being spent is on enhancing things—not correcting mistakes,” he explains. “It’s rare that you get to work on a project where everything is about improvement, not repair.”