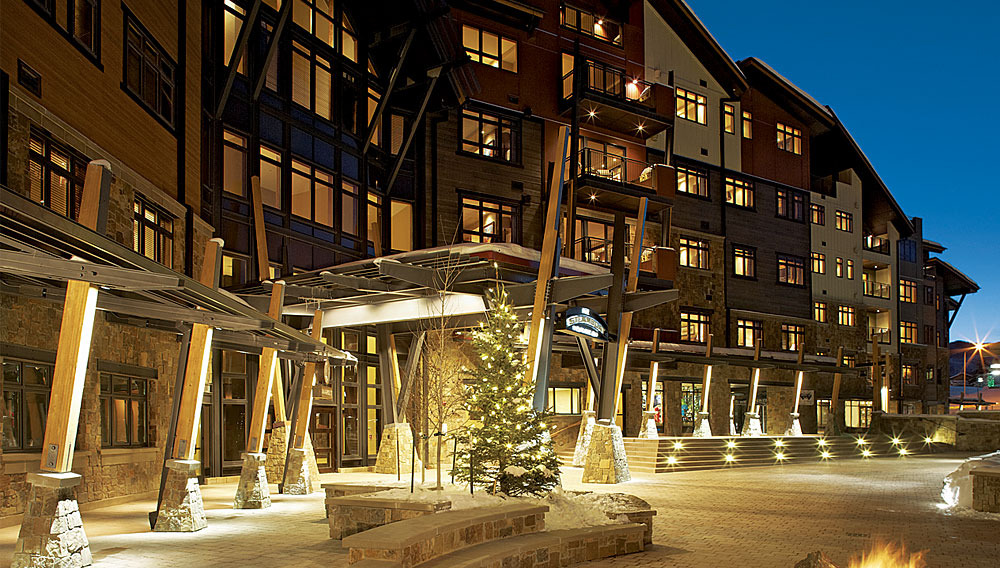 Chad Fleischer knows something about ski towns. The longtime U.S. Ski Team racer and two-time Olympian grew up in Vail, and he visited mountain villages around the globe before settling in Steamboat Springs, Colo. “I wanted my kids to grow up in Steamboat, because it’s such a great community,” he says. Fleischer apparently is not alone in holding this low-key Rocky Mountain resort town in high regard: Most of the full-ownership residences at One Steamboat Place, a new 80-unit ski-in/ski-out property where Fleischer recently opened a high-end ski shop, have already sold.

Opened in January, One Steamboat Place sits slope-side in the Steamboat ski resort’s Mountain Village, just steps from the main gondola. The private residential property is the latest offering from Timbers Resorts, a Colorado-based developer of hotels and residence clubs that range from a beach retreat in Baja California to a vineyard estate in Tuscany. The company sells whole- and fractional-ownership units at its properties, and owners can trade privileges in all eight Timbers Collection resorts worldwide through a reciprocity program.

One Steamboat is Timbers’ second property in Colorado ski country, but it is the first of its kind in Steamboat Springs. Steamboat—which typically gets more, and drier, snow than almost anywhere in Colorado—is big on small-town charm but light on luxurious accommodations. One Steamboat helps fill that void with its three- and four-bedroom residences, which feature commercial-grade kitchens, entertainment rooms, fireplaces, and steam showers. The contemporary western decor in the residences reflects the Rocky Mountain setting, as do such touches as the marinated T-bone steaks available for owners to sear on their balconies’ Viking grills.

Amenities at One Steamboat include ski valets, private lockers, and a lavish on-site spa. Additionally, while in residence, owners have privileges at the nearby Catamount Ranch and Club, a 3,200-acre private estate with activities such as fishing and horseback riding, as well as golfing on a Tom Weiskopf–designed course.

The mountain-lifestyle experience at One Steamboat and its sister property in Colorado, the Timbers Club at Snowmass, complements the country and beach diversions at other Timbers Resorts destinations. Highlights of the company’s collection include Castello di Casole, a 4,200-acre Tuscan property with working vineyards, olive groves, and villas; the Esperanza beach resort in San José del Cabo, Mexico; Rancho Valencia in Southern California; and the new Links Cottages at Doonbeg in Ireland. One-twelfth shares range from $370,000 at One Steamboat Place to $800,000 at Castello di Casole. Whole ownership at One Steamboat starts at $3.05 million, but only a limited number of units remain.