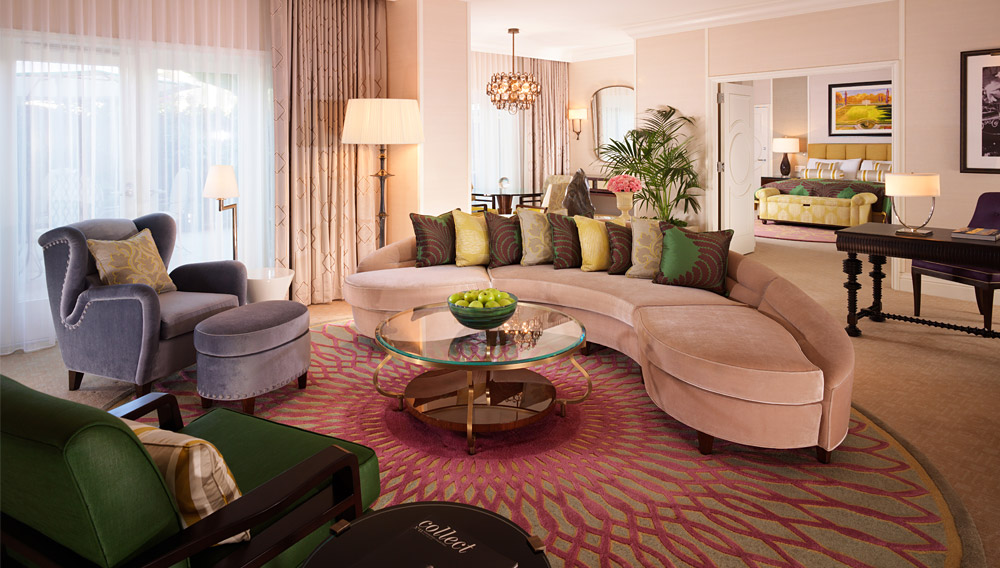 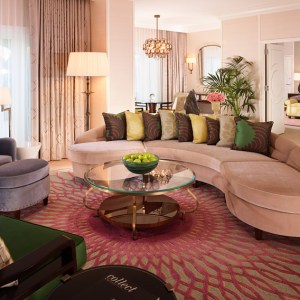 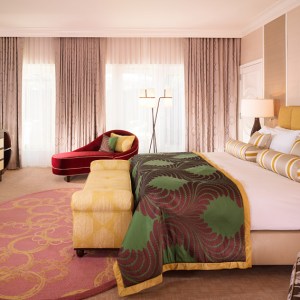 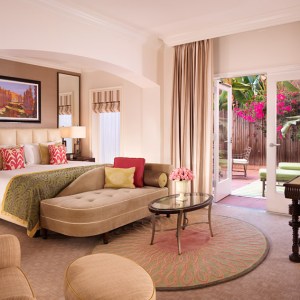 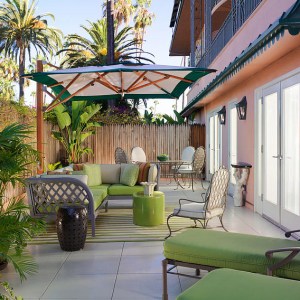 After two years of ongoing renovations at Hollywood’s iconic Beverly Hills Hotel, New York–based designer Adam Tihany, who is known for his work on Michelin-starred restaurants such as chef Thomas Keller’s French Laundry and Per Se, has begun the final phases of the hotel’s remodel. All 208 guest rooms are expected to be finished by the end of 2014 and will feature Bang & Olufsen televisions, antique bronze lighting fixtures, custom wall coverings, and walnut and ebonized oak furniture. Upgrades will include leather, mohair, and silk coverings in a neutral palette of creams and taupes with blue, green, and yellow accents befitting of Southern California’s relaxed atmosphere.

One suite, however, will feature a unique design as part of the Suite 100 program—a celebration of Beverly Hills’ centennial this year, in which five luxury hotels will redesign a suite to capture a Beverly Hills moment from the past 100 years. Tihany’s contribution at the Beverly Hills Hotel will pay tribute to the lifestyle of Marilyn Monroe—a frequent guest—and to Paul Williams, the architect who designed the Polo Lounge. This suite will carry out the theme with black lacquer finishes, tropical prints, and shag carpets.

The changes to the guest rooms follow Tihany’s 2012 redesign of the hotel’s often-celebrity-filled lobby as well as the famous green-and-white Polo Lounge and the 11 poolside cabanas in 2013. However, the hotel’s red-carpeted entrance and flamingo-pink exteriors, which have been seen in countless films, remain the same.

In conjunction with his work at the Beverly Hills Hotel, Tihany has a new coffee-table book launching in March, to be published by Rizzoli New York. The glossy hardcover entitled Tihany: Iconic Hotel and Restaurant Interiors will retail for $50 and highlight the designer’s best projects, with an introduction from chef Keller.