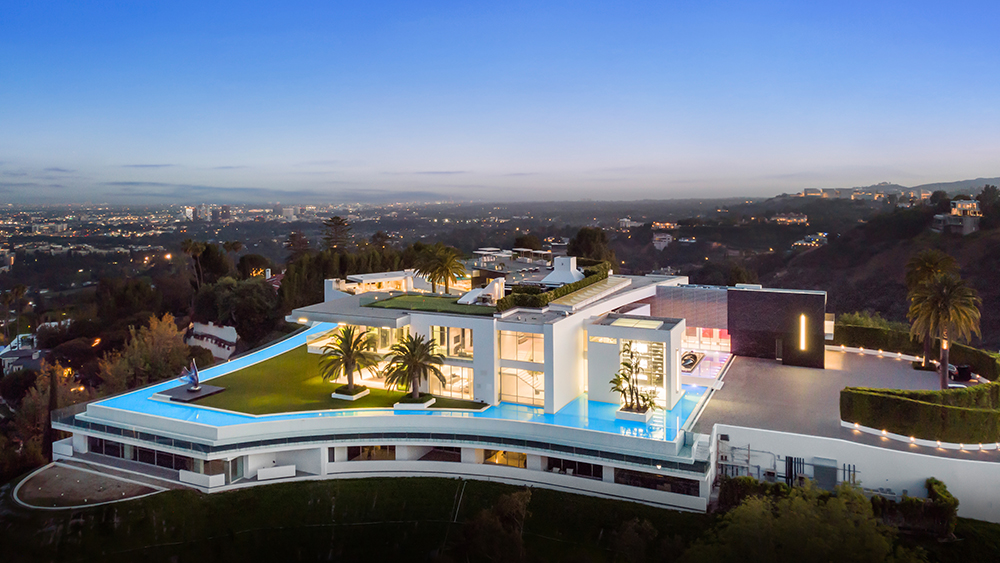 At long last, “the One” is opening its doors to a new owner.

The 105,000-square-foot Bel Air megamansion, which took well over 10 years to build, has come across its share of logistical and legal problems over the years, but was finally sold at auction on March 3. While the original auction asking price was $295 million—itself a reduction from the $340 million listing price in 2021, and the $500 million price tag before that—the home ended up selling for $126 million. The new owner will actually shell out $141 million, which is the sale price plus the 12% buyer premium to Concierge Auctions.

Now that sale saga has concluded, we’re revealing a private look at just what $126 million will get you with this video tour of the jaw-dropping residence led by agents Branden and Rayni Williams of the Beverly Hills Estates, who shared the Bel Air listing with Aaron Kirman of Compass:

The sprawling mansion is the brainchild of developer and former film producer Niami, who commissioned renowned Los Angeles architect Paul McClean to execute the larger-than-life project. Last October the property filed for Chapter 11 bankruptcy, so instead of listing for $500 million as was originally planned, it ended up hitting the auction block for $295 million.

While that price tag may sound outlandish, there’s no denying the home’s bevy of amenities make it unique, even among other jaw-dropping estates in Los Angeles.

One of many living areas  Joe Bryant

For starters, the One has an enviable location—it’s perched atop a lofty hilltop and enjoys 360-degree views of the bustling city below. “Imagine being the king of the hill and really standing on a property where you’re looking down an entire city,” Rayni Williams tells Robb Report, “And all the while you have a complete compound that encompasses everything you love and everything that’s important to you.”

It’s true that the 21-bedroom property appeals to almost any hobby or interest. For the automotive enthusiast there’s a 30-car garage on the subterranean level, complete with two turntables for showcasing your most bragworthy marques. If you’re more of the fitness type, the third floor has its own gym and lap pool, plus a four-lane bowling alley, a hair salon and juice bar (great for post-workout smoothies and the like). Also on this level is the movie theater for cinephiles, the 10,000-bottle wine cellar for vino enthusiasts and the cigar lounge for those who’d rather just unwind with a stogie.

Meanwhile the primary bedroom alone is larger than most New York City apartments at 5,000 square feet, and has its own sitting room, massive his and hers closets and an office. And for visiting guests who’d prefer a separate building entirely, there’s a 4,500-square-foot guest house on the grounds as well.

A set of infinity pools create a sort of moat that surrounds the main home, further adding to the “castle on a hill” vibe. But it’s just one of many reasons you’ll want to spend time outdoors here. The 10,000-square-foot roof deck, for instance, has spectacular views of the city—the mansion’s elevator stops here, too, so you won’t have to hoof it up the stairs.

The master bedroom has a private office.  Douglas Friedman

Obviously the One makes for a great party pad, doubly so because it has its own in-house night club. “We call it the philanthropy wing because it’s similar to something in the Pritzker Estate where they host thousands of people for charity events,” says Rayni Williams.

Put all of the above together and the home makes a lot of sense for our current real estate landscape, when buyers want as many built-in amenities as possible—that way, even if another quarantine period were to occur, everything they need is already on site.

A view from the pool  Marc Angeles

Still, a gargantuan home like this one wouldn’t be everyone’s cup of tea. “Obviously it’s not for everybody,” says Branden Williams. “But for the people it is for, it doesn’t get better than this.”

Unfortunately, the One’s new owner— Richard Saghian, founder and CEO of apparel company Fashion Nova—will have to wait just a little longer to find that out firsthand. It’s expected to take several more months of construction and somewhere around $20 million to finish the home and then obtain a certificate of occupancy.

The house has incredible views.  By Joe Bryant

The indoor pool  By Joe Bryant

Another view from the pool  Courtesy of Marc Angeles