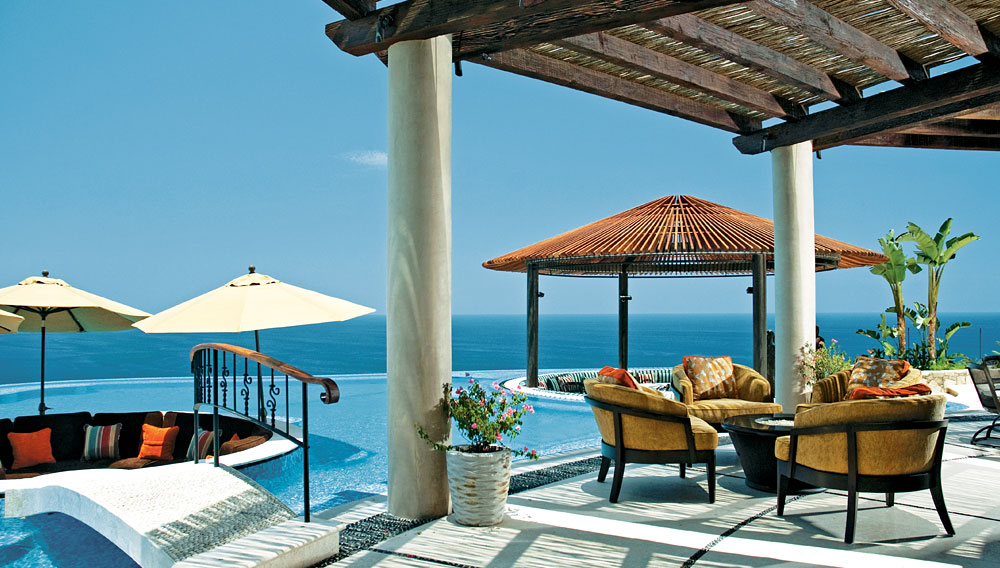 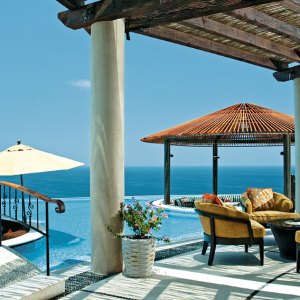 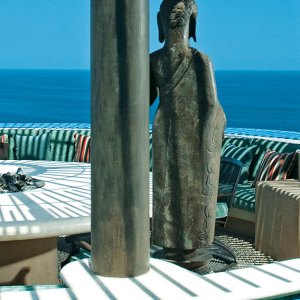 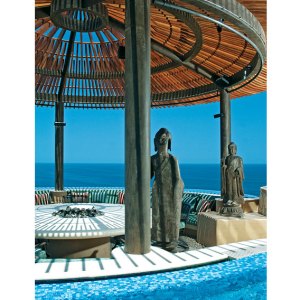 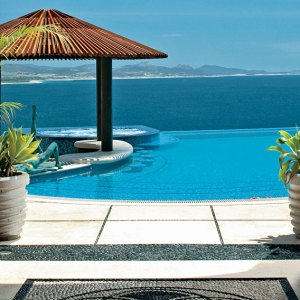 There’s a reason why a home feels like a home, and it’s rooted in the details that make it a personal space. The rooms that come together to complete a residence are no different than the rooms that form the composition of someone else’s home 2,000 feet down the road or 2,000 miles across the country. What make a home decidedly yours are the details that connect you to it.  The personal involvement to customize something to be unique—an expression of what you like and who you are—that is what elevates the appreciation and enjoyment of any possession. As one might expect, a swimming pool is no different. “It’s like buying fabulous artwork,” says Brian Van Bower, president of Aquatic Consultants Inc. (www.aquaticconsultantsinc.com). “It’s something that adds a visual, audible, and functional element [to your home].”

Others have gone before you, creating memorable designs that transcend the ordinary and prove that a pool can take the shape and form of anything you desire. So let your imagination run wild and have fun with the process; the end result can be a pool that feels decidedly yours. And if you lack for your own source of creativity, don’t despair; there are numerous designers ready and willing to dream up something for you.

A spectacular mountainside lot 330 feet above the Sea of Cortés in Los Cabos, Mexico, provided the developers of the Villas Del Mar residential community with an ideal canvas on which to create an aquatic masterpiece. But Robert Jones, the vice president of construction at Del Mar Development (www.delmarloscabos.com), says an exceptional piece of land can be both a blessing and a curse. “There’s more pressure to come up with a design that really honors how special the site is,” he says. “It requires you to really think about what can be done.”

Fortunately for Jones and his team of architects and designers, this particular homeowner had a specific vision. That direction provided a clear path for the project and led to some design elements that accentuated the pool’s appeal and capitalized on its location. “He kept talking about the pool and said, ‘Look, I’m a real water guy,’” Jones recalls. “‘I love being in the water. I love looking at the water. I love being over the ocean. I want to live in my pool. I want to eat in my pool; I want to drink in my pool; I want to have parties in my pool where you feel like you’re in the pool, but you’re dry.’”

To build a pool where one can feel immersed but remain dry sounds like an impossible task. But through the use of sunken bars and a sunken conversation area complete with a fire pit, Jones and his team managed to create entertaining areas that bring the water to the very edge of the seating areas. Elsewhere in the 1,400-square-foot pool, shallow areas are accented with chaise longues and umbrellas. And, much like how the pool’s infinity edge merges with the Sea of Cortés 30 miles in the distance, the rest of the perimeter features a waterline that meets the patio and walkways, further blurring the line between living space and pool.

On the Edge of Vanishing

When Rick Legnon, president of Northern California–based Advanced Pools (www.advancedpools.com), built his first vanishing-edge pool 20 years ago, he committed what he has come to view as a cardinal sin for any pool designer. He made a pool that was too beautiful. “Hopefully, there’s something good to look at,” he says of a pool’s site, “but we don’t want to overpower it. I see our pools as a frame around a good painting. It’s to show that view in the best possible light. We want the pool to be breathtaking, but we don’t want it to be such a strong focal point that it’s hard to appreciate anything else.”

Since then, Advanced Pools has made the vanishing-edge style its trademark, and Legnon has subscribed to the notion that less is more. This particular pool, built on a property overlooking a picturesque lake in California, epitomizes that philosophy. The 1,900-square-foot pool provides a glasslike surface to reflect the pastoral scenes all around it. “With wild birds and beautiful trees, it’s a beautiful backdrop there,” Legnon says. “That’s what we’re trying to show off.” But because the homeowners enjoy entertaining, Legnon also installed controllable water streams that can transform the pool into a more dynamic setting, should the occasion call for it. “A lot of pools are one-dimensional,” he opines. “They don’t have the ability to change as the mood changes, and I think that’s important now … for pools to have some versatility.”

To fully capitalize on the beauty of the pool’s natural surroundings, Legnon also installed a “floating” spa, which sits in the center of the pool and is raised half an inch higher than the pool’s water level. It’s connected to the deck by a 2.5-foot-wide walkway submerged a few inches below the surface, which makes it accessible, even in the winter. “It has a real sense of privacy,” Legnon says of the spa. “It brings you out further into the pool so you can better see the view.”

Going with the Flow

When it comes to pool construction and design, it is not uncommon for a structurally sound and aesthetically pleasing pool to fade into the abyss of hundreds—if not thousands—of similar designs. But with this Cincinnati project, built by Shehan Pools (www.shehanpools.com), it takes only one glance at the massive, 14-foot-high grotto to understand how this 44-by-22-foot pool distinguishes itself. That grotto—constructed from 2-foot-thick walls of concrete and faux rock—is equipped with fiber-optic cables in the ceiling (which, when lit, resemble stars) and also color-changing LED lights around the perimeter. A surround-sound audio system and wiring for a flat-screen television further transform the grotto’s spa area into an entertaining destination. But the grotto, which is punctuated by a cascading waterfall, also is connected to the home through a concealed door, which allows the homeowners to enjoy the spa even during the winter. “You can bring more entertaining elements to the pool,” says Bob Shehan, vice president of Shehan Pools, explaining that doing so doesn’t always carry with it an exorbitant additional cost. “People are spending more time at home and putting more money into their home and traveling less. We’re building their vacation in their backyard.”

While the interior of the grotto is well-equipped for entertaining, it is the expansive waterfall partially concealing it that has become a signature element of many Shehan Pools designs. A thin stream meanders through a Zen garden above the grotto and connects with a shallow, vanishing-edge pool that empties out over the grotto’s entrance, creating a steady flow of water, which Shehan believes adds an element of serenity to the scene. “Water is an art,” he says. “It’s very tranquil and very soothing, and part of what we do in our designing stages is to get water [moving] at different elevations for that soothing sound.”

Unlike some pools featured in this story, which boast scenic views of the Pacific Ocean or grottoes hidden behind sprawling waterfalls, this particular one impresses for details that are more subtle, though no less striking. Enamored by the architecture and artful designs found in Bali, the homeowners of this Miami Beach property wanted to re-create a similar feeling with their home and, specifically, with their pool. To accommodate that request, Aquatic Consultants Inc. installed translucent glass tiles in a style called peacock, producing blue and green hues—a color scheme that is prominent in pools found at many Balinese resorts. The tiles are made to be either iridescent or noniridescent, and—when arranged randomly—produce a shimmering effect when they reflect the light. “It’s translucent,” Brian Van Bower, the company’s president, says of the tile. “So it’s set in a white bed, which makes the color more vibrant and adds an increased depth perception.”

Perception is an integral element of the design in numerous areas of this three-compartment pool, including on the walkway separating a center-deep plunge pool and a shallower, multilevel area. The surface of that walkway is at the same height as the water level, which produces an unusual feeling for those crossing the pool. “It feels like you’re floating on the water because it’s on the same level as the water,” says Van Bower. Elsewhere, a 9-foot-square spa is positioned 12 inches higher than the rest of the pool, which produces a more visually interesting finished product and also gives spa users different views than the sightlines from within the pool. “By having the spa elevated, it gives you three reflective surfaces, one at a different level,” says Van Bower. “Your view is unobstructed because you’re higher, so you don’t feel like you’re buried in a hole.”

What is buried, however, is the room that houses all of the equipment and collection tanks, which makes for a peaceful experience when poolside or in the spa. “We want our vessels to function as well as they look,” says Van Bower. “We’re not afraid to spend money, but we want to spend it wisely.” 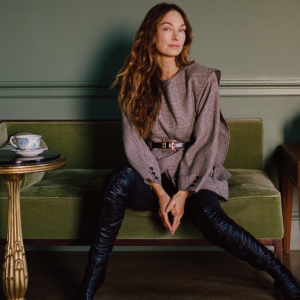 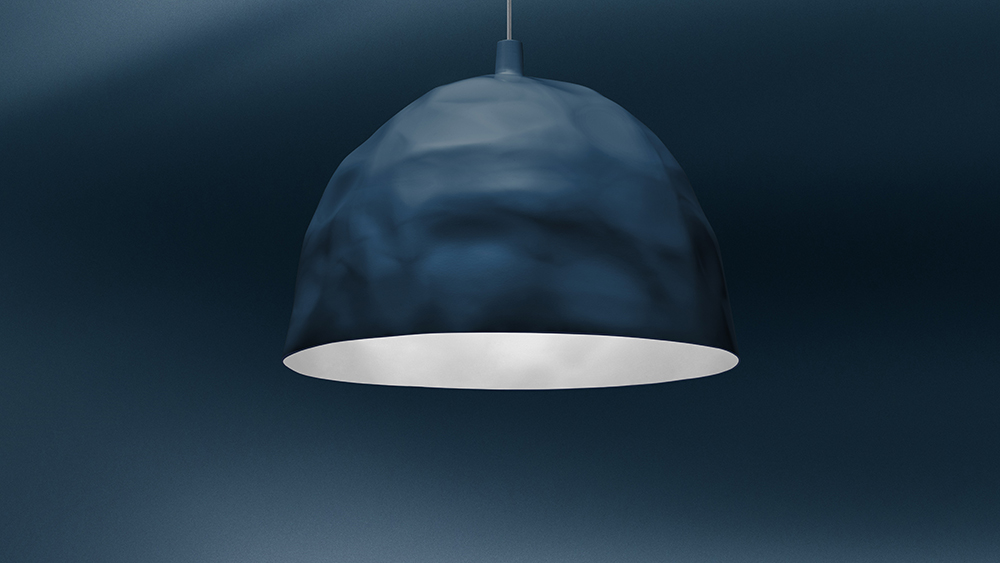