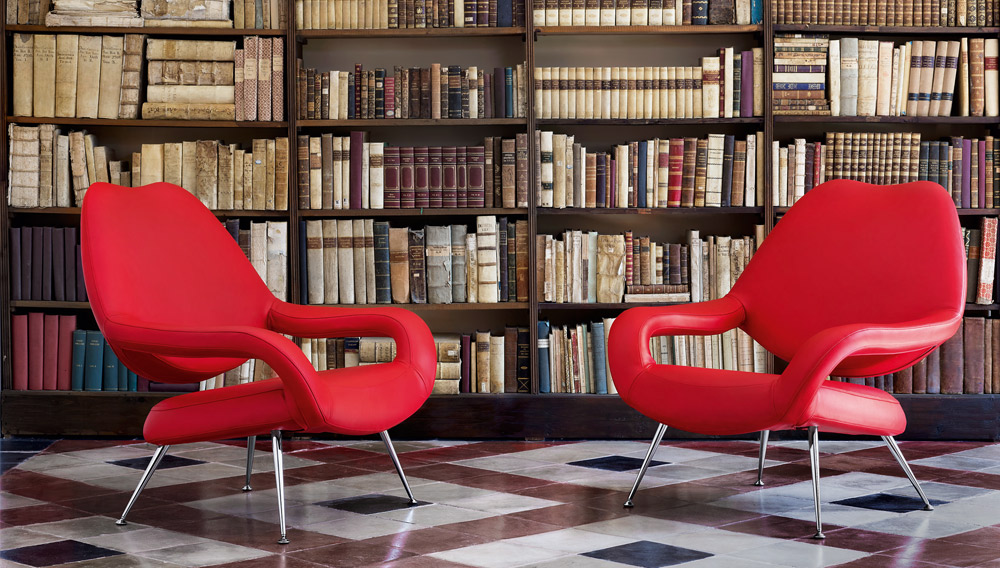 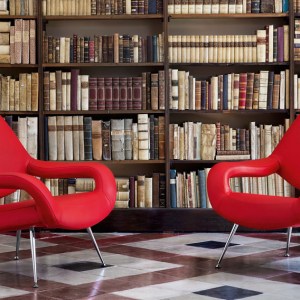 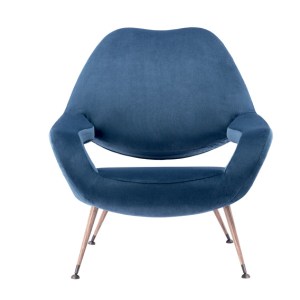 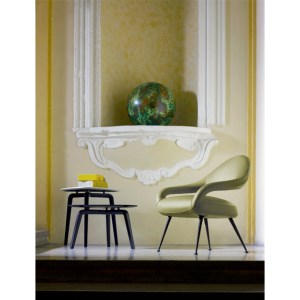 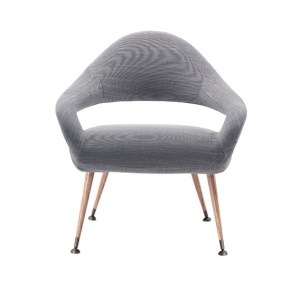 Over the last century, Poltrona Frau has become known worldwide not only for its au courant furniture but also for the leather it supplies to top automobile marques such as Ferrari, Maserati, and Rolls-Royce. With the new Poltrona Frau Icons collection, the Italian furniture manufacturer is looking back to re-create some of the best pieces from influential designers. The first installment, which launched in October, includes three timeless pieces from the 1950s by the Italian designer Gastone Rinaldi. Using examples that were found in an antiques store in Milan, Poltrona Frau worked with the Rinaldi family to accurately restore the designer’s sculptural armchairs DU 55 and Letizia (originally called DU 55 P) and his wood and tubular steel bench T 904, all of which were originally made for RIMA—the Rinaldi family furniture company. “It is very important to reanalyze the things forgotten in the past,” says Poltrona Frau’s creative director, Roberto Archetti. “We wanted to reproduce the shape of iconic pieces from a different time while keeping the integrity of the shape and the frame.”

All three products are available in a variety of Poltrona Frau’s materials, which include pony skin and removable fabrics. The DU 55 and the Letizia are available with wood or chrome legs. Prices range from $1,580 to $4,960.