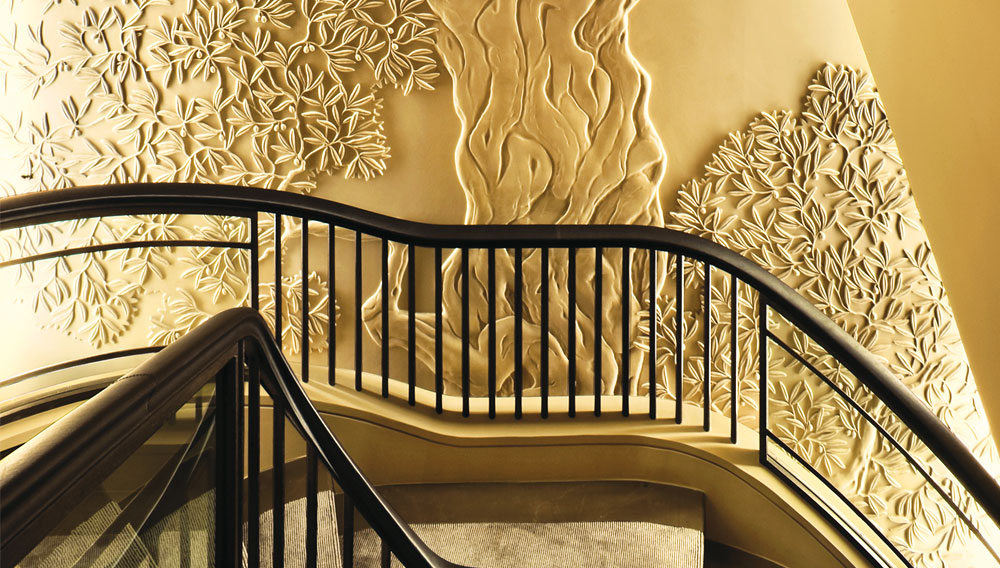 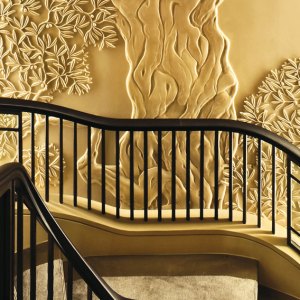 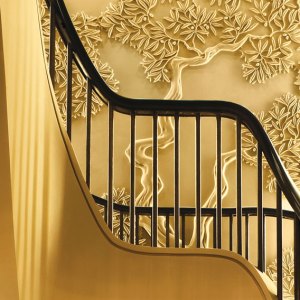 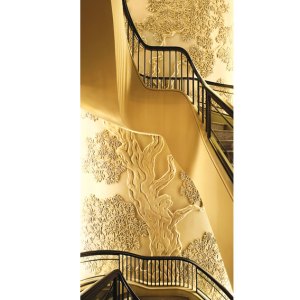 Eighteen months’ growing time, from initial design to installation, brought this olive tree to its finished 40-foot height. The sculptural relief is the work of the London-based firm DKT Artworks, whose team carried out the commission for the owners of a home in the city’s Chelsea neighborhood (see “London Time“). The relief, which spans the home’s three-story stairwell, comprises many parts—the trunk alone contains 30—that, after being hand-carved off-site, were assembled to the wall like puzzle pieces and covered with a water-based paint.

The design took root when DKT Artworks founding partner Steve Keeling, whose specialty is sculpture, drew the balustrade as a counterpoint to the tree, created a computer-generated model of the plant’s pattern, and experimented with physical prototypes. From start to end, the project was indeed involved, but it was not the 30-plus-person firm’s largest project to date. “We were once commissioned to create 28 artworks, plus decorative finishes in a range of patterns, and worked with marble, paint, plaster, etched glass, and architectural gilding, all for a single project,” says Keeling.

Since 1979, when he started the firm with the painter Niki Davies and the industrial designer Sean Trowbridge, DKT has cultivated a global clientele. In addition to appearing in London, the firm’s creations have sprouted in residences in the Caribbean and the Middle East and aboard megayachts that cruise the world.