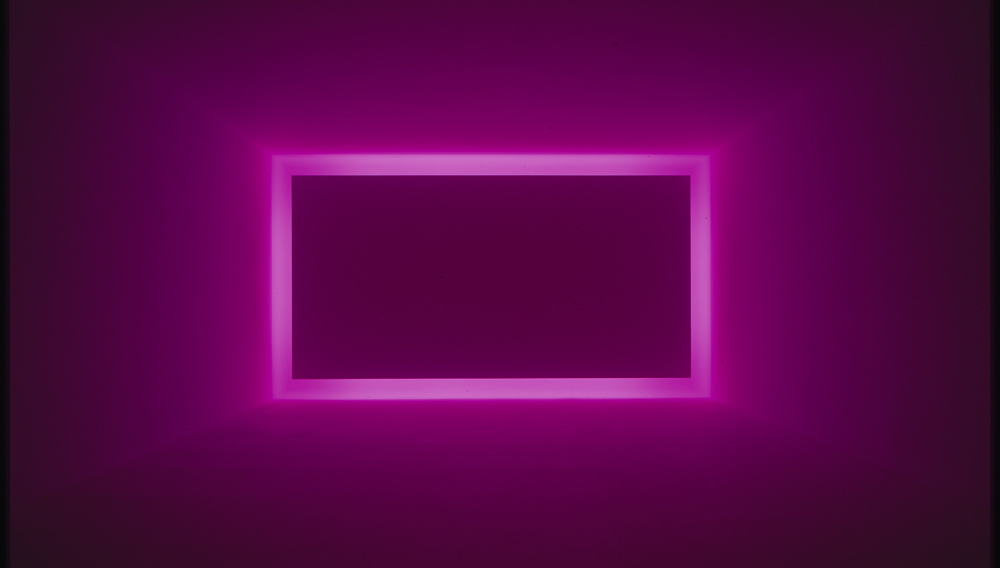 The Exhibit: View from the People Wall, Re-think the Eames

Where: Design Project Room, Geneva University of Art and Design

The American designers Charles Eames (1907–1978) and Ray Eames (1912–1988) were also filmmakers and photographers. On view at the museum is a re-creation of the husband and wife’s Think Theater, the couple’s exhibit at the 1964 World’s Fair in New York, with 22 variously sized film screens displaying a barrage of still and moving images. Accompanying the film experience are 700 of the couple’s photographs, which provide behind-the-scenes looks at their work and capture their day-to-day life in Los Angeles.

The Exhibit: James Turrell: A Retrospective

Light and Space artist James Turrell is known for his installations that explore sensory deprivation. This exhibit will showcase not only that form of Turrell’s art, but also his light projections, prints, drawings, and holograms. And it will present viewers with photographs, models, and video of the Roden Crater—the extinct Arizona volcano that Turrell purchased more than 30 years ago and has been remaking as a visual masterwork ever since.

The Exhibit: Le Corbusier: An Atlas of Modern Landscapes

Le Corbusier (1887–1965), a pioneer of modern architecture, is the subject of this summer retrospective—MoMA’s first major exhibition focused on his life and work. The Swiss-born architect’s vast oeuvre—he was also an interior designer, artist, city planner, and photographer—will be on display in the form of photos, drawings, paintings, and models of Le Corbusier’s creations, which ranged from streamlined chairs to sleek white buildings.