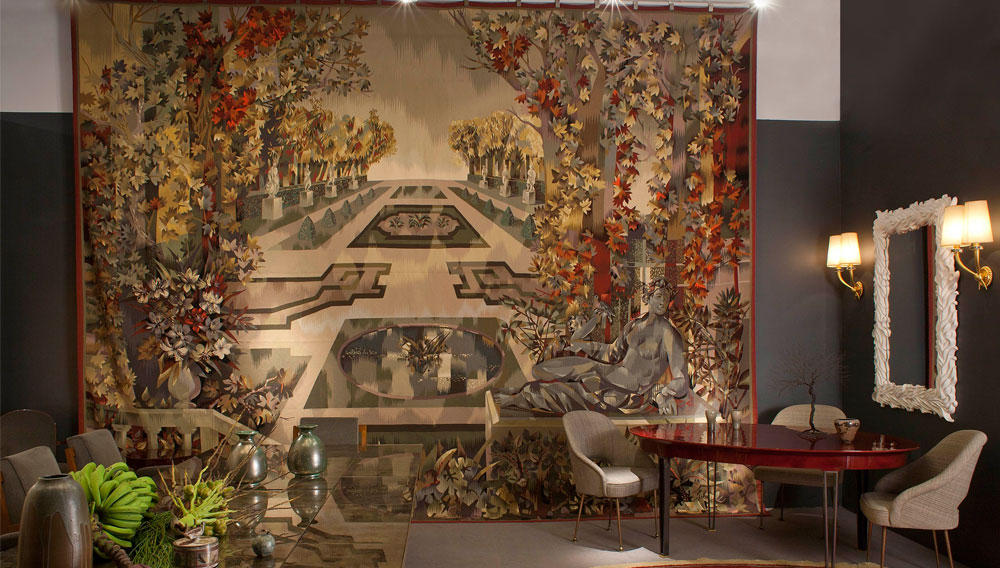 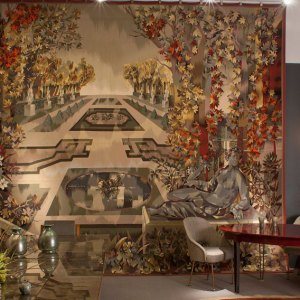 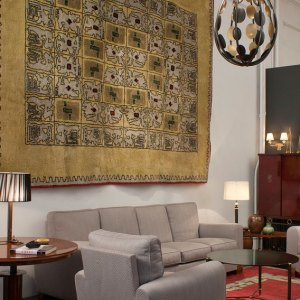 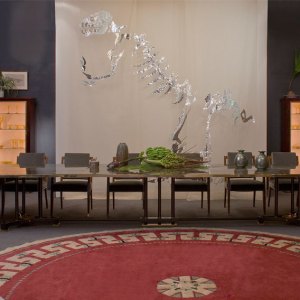 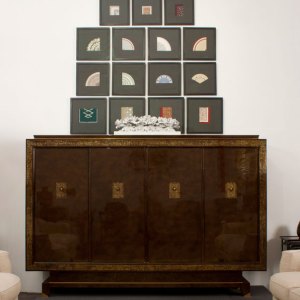 Founded by Jules Leleu in 1924, the French interior design studio Maison Leleu is best known for the art deco pieces it produced during the 1920s and 1930s. The Maison Leleu: 1960s exhibition and sale at New York City’s Maison Gerard gallery, however, will display 60 pieces of furniture, lighting, and carpets from Maison Leleu’s post–World War II years, when the studio began to introduce elements of modernism into its designs, using materials such as aluminum, steel, glass, fiberglass, and even plastic.

The centerpiece of the exhibit—which will be on display through November 22—is a collection of items commissioned in 1957 by a South American businessman for his Côte d’Azur villa in France. Highlights from the collection include a pair of beka lacquered cabinets with patinated and gilt-metal bases valued at $320,000; a patinated gunmetal dining table with a verre églomisé glass surface priced at $295,000; and a large, colorful tapestry depicting a pastoral scene called Le Jardin à la Française for $120,000. The exhibition and sale will also include pieces designed by Jules Leleu’s three children, who ran Maison Leleu after his death in 1961 until the studio finally closed in 1973.