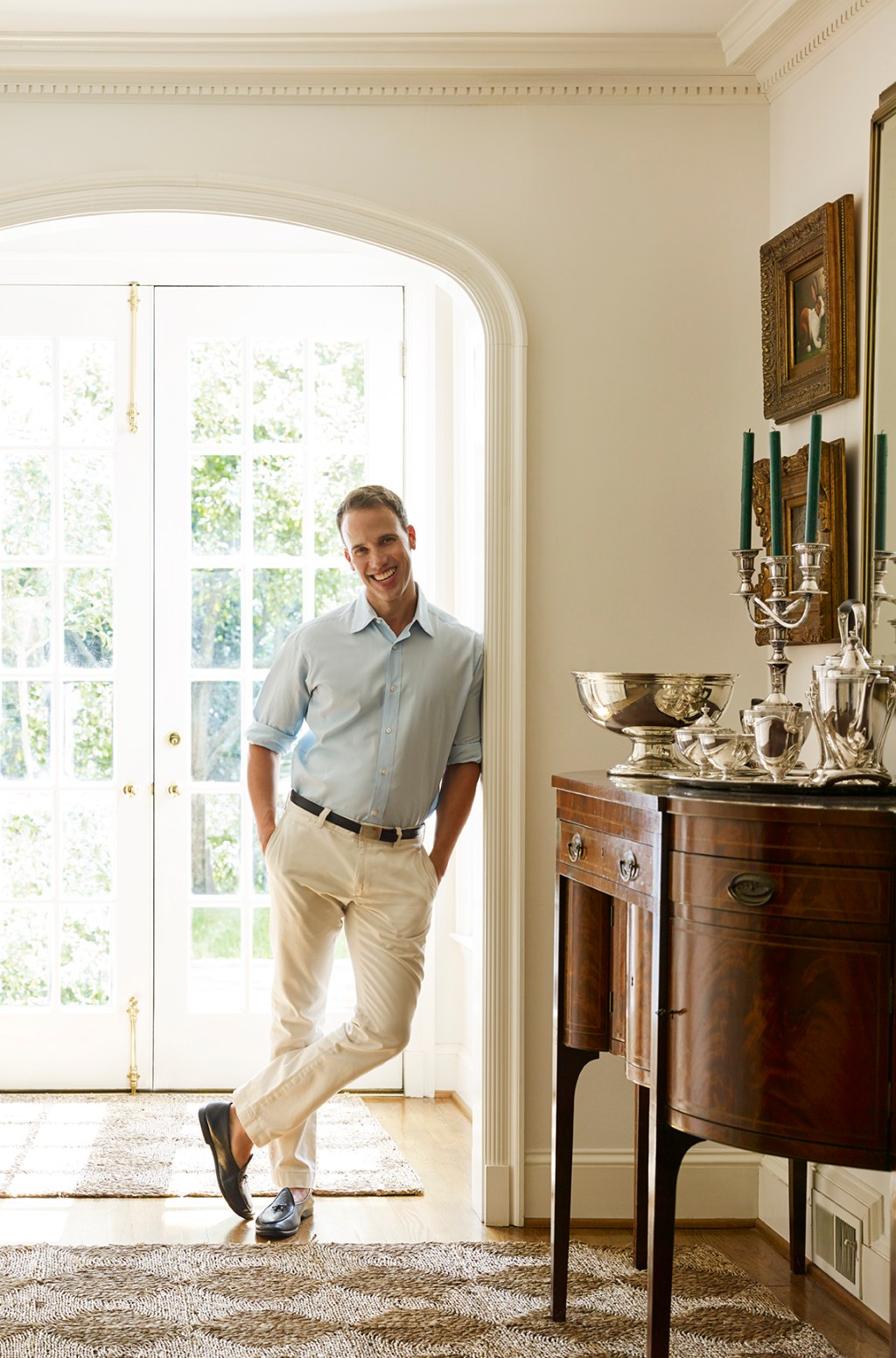 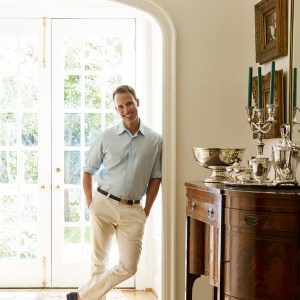 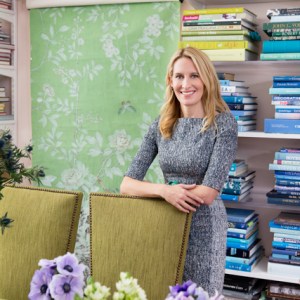 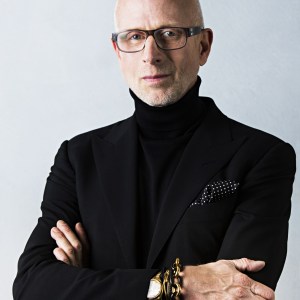 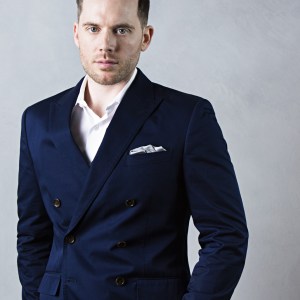 This year, The Winter Antiques Show has enlisted some of the brightest stars in the world of interior design to be the Show’s Honorary Design Chairs: Jamie Drake and Caleb Anderson, Celerie Kemble, and Miles Redd. The celebrated group is supporting the upcoming Show, which will be held January 20-29, 2017 at the Park Avenue Armory in New York, NY, with the Opening Night Party on January 19, 2017.

“We challenge ourselves every year to try and make the Winter Antiques Show more fun and exciting than the year before—to take it from strength to strength. If we had a motto, it would be ‘Let us surprise and inspire you!’” Arie Kopelman, Winter Antiques Show co-chair, says. “In 2017 the Winter Antiques Show is continuing a tradition we started last year: We will have an A-list group of Honorary Design Chairs. This year Jamie Drake and Caleb Anderson, Celerie Kemble, and Miles Redd were chosen, and they are already lending their enthusiastic support. We are thrilled to be working with these four design stars.” Drake and Anderson, Kemble, and Redd were selected as Design Chairs based on their prominence in the industry and expertise in decorating with antiques.

Jamie Drake and Caleb Anderson bring their respective takes on glamour, curation, elegance, and livability to a dynamic new partnership, Drake/Anderson, a multidisciplinary design firm catering to high-end luxury projects, both residential and commercial. Drake is the recipient of  multiple honors and has maintained a longstanding presence on Architectural Digest’s prestigious AD100. Anderson has been cited on rising-star lists of many publications, including those of House Beautiful and Lonny. “The Winter Antiques Show is an annual must-see on our list of fairs. The Show has always been so special, with a great focus on American design and the tastes of classic America. Yet, as the world has evolved, along with the interests of collectors, the show has come to reflect a sophisticated diversity of tastes,” said Drake and Anderson.

“Over the years we have found pieces from the tradition-rich dealers such as Hirschl & Adler, Gerald Peters and Barbara Israel, as well as from the more recently added modern and contemporary sources including Maison Gerard, Glass Past, and Liz O’Brien. It is a splendid show, with pieces large and small, from accessories to grandly scaled furnishings and art. We love finding something that is unique and tend to be drawn to sculptural furniture that accents more contemporary interiors,” said Drake and Anderson. “Of course, it is especially gratifying that the Show benefits East Side House Settlement, a great institution now in its 125th year that serves over 10,000 New Yorkers a year,” said Drake and Anderson.

Celerie Kemble is known for her professional versatility in terms of budget, location, and style. Over the past fifteen years, her work has included homes and commercial spaces across the United States and the Caribbean. Her work has been featured in notable publications such as Architectural Digest, Veranda, Elle Décor, The Wall Street Journal, The New York Times, and more. She is the author of “To Your Taste” and “Black & White (and a Bit in Between)” and has been included in Architectural Digest’s prestigious AD100, House and Garden’s 50 New Tastemakers, and more. “I always look forward to the Winter Antiques Show as it’s one of my favorite fairs of the year. With pieces from antiquity to modern day there are always objects that stand out and are sure to amaze,” notes Kemble. “The Show allows patrons to touch and feel objects, discuss the provenance with dealers all while enjoying the scenery of the historic Park Avenue Armory.”

Miles Redd opened his New York City-based design firm in 1998. His trademark approach to design has brought to life rooms infused with boldness, wit, fantasy, and sophistication. Redd served as the creative director of Oscar de la Renta Home from 2003 to 2013. In 2012, he published The Big Book of Chic. His work has been featured in Vogue, W, House Beautiful, Elle Décor, Veranda, and Architectural Digest. In 2015, Redd launched a line of fabrics and wall coverings with Schumacher, and a line of rugs with Patterson Flynn Martin debuted earlier this year. “The Winter Antiques Show is a New York City institution, and a great way of seeing different dealers from all over the world. I adore antiques, and the quality of the objects exhibited at the Winter Antiques Show sets it apart from other venues. I look forward to shopping there again this year, both for myself and for my clients,” said Redd.

The naming of Honorary Design Chairs for 2017 builds on the Winter Antiques Show’s engagement with designers during the Show’s run. The invitation-only DECASO Designers Preview Brunch on the Show’s opening day gives designers and their clients an exclusive morning preview of the Show. In addition, more than 100 designers serve on the Interior Design Committee of Young Collectors Night on January 26. The special evening is chaired by Wendy Goodman, design editor of New York magazine.

About the Winter Antiques Show

The Winter Antiques Show celebrates its 63rd year as America’s leading art, antiques and design fair, featuring 70 renowned experts in fine and decorative arts from around the world. All net proceeds from the Show benefit East Side House Settlement, a nationally recognized community-based organization in the South Bronx. The Winter Antiques Show runs from January 20-29, 2017, at the Park Avenue Armory, 67th Street and Park Avenue, New York City. The Show hours are 12 PM–8 PM daily except Sundays and Thursday, 12 PM–6 PM. Daily admission is $25, which includes the Show’s award-winning catalogue. To purchase tickets for the Opening Night Party on January 19, 2017, or Young Collectors Night on January 26, 2017, call (718) 292-7392 or visit winterantiquesshow.com. Returning for a 21st year, the Show’s Presenting Sponsor is Chubb.

About East Side House Settlement

Celebrating 125 years of service in 2016, East Side House Settlement was founded in 1891 to help immigrants and lower-income families on the Upper East Side of Manhattan. In 1963 the organization moved to the South Bronx, where the need was greatest. Today, East Side House reaches 10,000 residents across the Bronx and Northern Manhattan in some of America’s poorest neighborhoods. East Side House works with schools, community centers, and other partners to bring quality education and resources to individuals in need, helping each of them—and their families—to lead more fulfilling lives. For more information, please visit eastsidehouse.org.