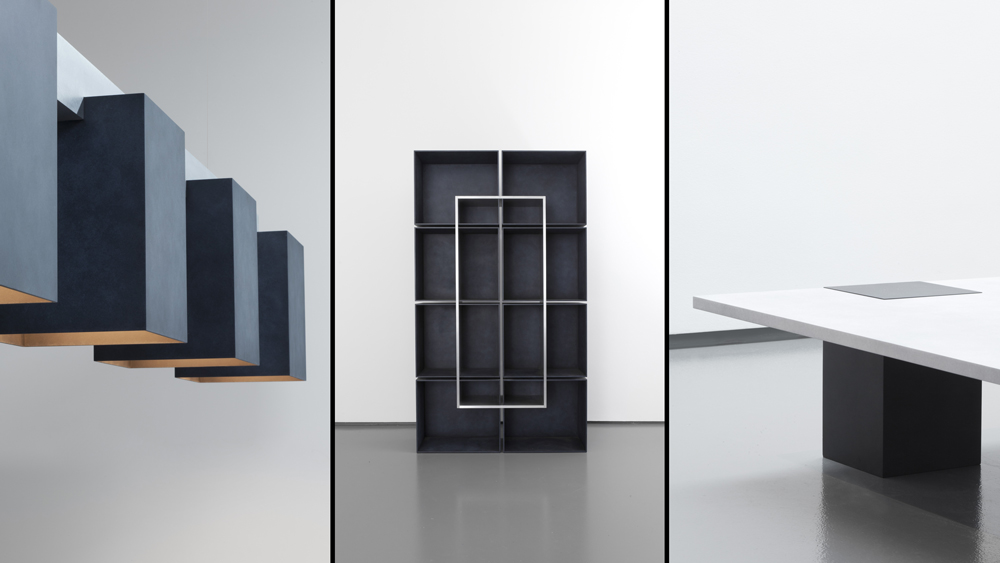 Minimalism feels right at the start of a new year, even if it makes you reassess everything in the house. A design movement that came into its own during the 1960s and ’70s, minimalism is more than an absence of embellishment. Ludwig Mies van der Rohe made it the aesthetic of glass, steel, straightforward prospects, and zero compromise that never had a friendly word for anything solid gold or extra.

Korean designer Wonmin Park has channeled that spirit of restraint in his own furniture, showcasing for the first time in the U.S. this month. The highly influential design arbiter Carpenters Workshop Gallery debuted Park’s latest series, Plain Cuts, in its Paris space, and founders Julien Lombrail and Loïc Le Gaillard have now brought the limited-edition collection to New York January 24 to March 10. The pair have been presenting forward-thinking, high-concept designs with an emphasis on craft and materials since 2006. The liberating thrills of boundary-pushing work have been enjoyed by artists like Vincent Dubourg, the Campana brothers, Maarten Baas, and Rick Owens.

Articulated in simple, deliberately quiet forms, Park’s series is rendered in patinated aluminum, a material departure from his previous works in resin. “The idea of this new collection is to provide a minimalist and drastic process based on the construction of aluminum sheets with patina technique,” says Park. “Structures are exposed to the surface, and it becomes part of the work itself.”

The 10-piece collection features understated tables, consoles, a light fixture, and a chair. Parks uses aluminum’s variances in weight and color to achieve the stated “cuts” of his series, which feature metal sheets intersected, incised, and layered onto each surface. In some cases, this aluminum-on-aluminum approach alters the character of the work, dissecting it and emphasizing its linear nature. One commanding piece is a 95-inch shelf that makes a strong claim to this sliced effect with a stacked grid that allows slits of light to shine through.

Similarly, Park’s chair concept is a geometric proposition—an open cube featuring a single shard of aluminum serving as the backrest that benefits from contrasting finishes. “Patina on aluminum is like painting on a canvas,” says Park. “I try to use the character of aluminum, which has its own color variation with patina and raw color itself, strength with light weight, and texture. I use these elements with a minimal form and structure in order to maximize the quality.”

While his version of minimalism is informed by Korean tradition and philosophy, it’s also a primer on the power of construction—and limited runs. Only eight versions of each exist, with fewer artist’s proofs. Park studied in the Netherlands and eventually moved his studio to Paris, where the influences are historic, flourished, and endless. Plain Cuts may give abstraction top billing, but the French are masters of blending strong lines with joyous curves. Which is to say, Park’s collection doesn’t have to live in a poured concrete and white-walled space—though purists would prefer it that way.