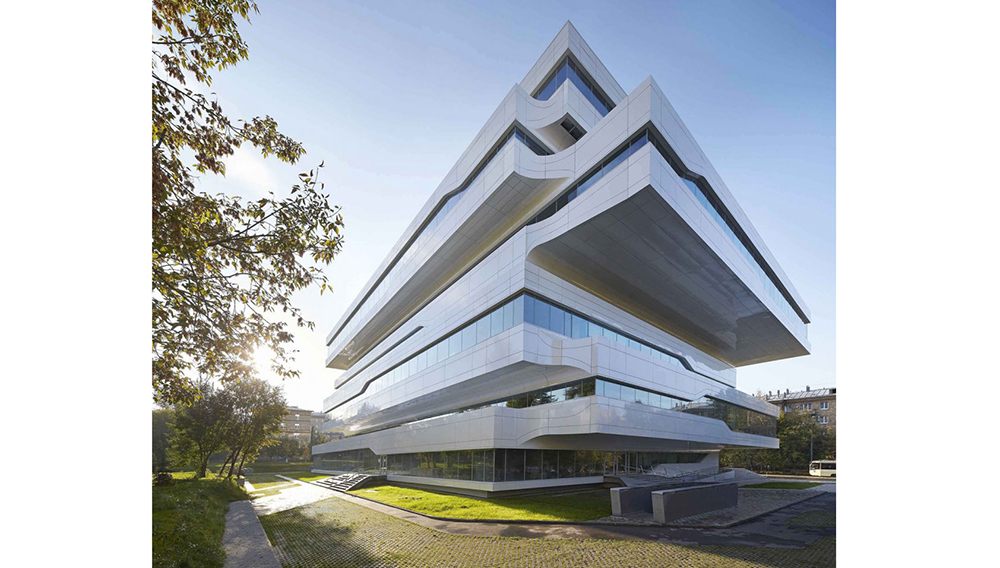 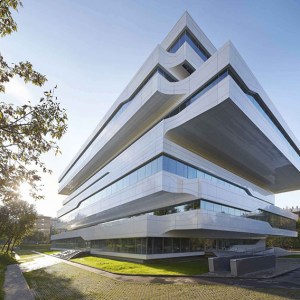 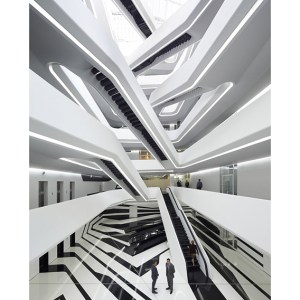 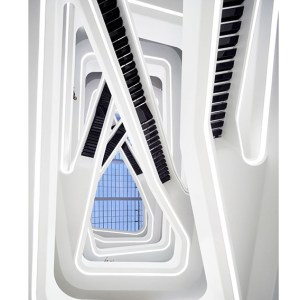 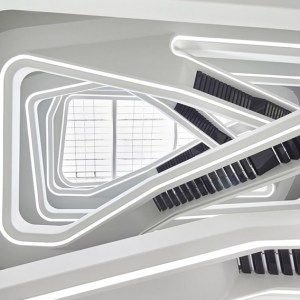 What is luxurious about attending a workplace every day that stifles innovation or compromises the health of those employed there? It isn’t news that Americans spend the majority of their time working, but according to the Bureau of Labor Statistics, 24 percent of employed people in the United States did some or all of their work at home in 2015—a 26 percent increase since 2003. Stanford University research says doing so boosts productivity by 13 percent, adding that workers are happier and less likely to quit. Flexible hours and decreased noise levels play a role, but the Centers for Disease Control and Prevention, which will launch a health-focused building certification called Fitwel next year, lays the blame at the foundations of poorly-designed workplaces.

Stairwells are unattractive and hidden, making it more convenient and appealing to take the elevator instead of climbing the stairs—an exercise that burns more calories per minute than jogging. Artificial lighting negatively affects circadian rhythms, focus, and moods. Traditional business parks lack bike parking and public transit access, forcing workers to spend time in traffic rather than walking to nearby restaurants or group fitness classes after work. During the day, employees are often exposed to poor indoor air quality (lack of fresh air, poor ventilation, mold, etc.), cafeterias that provide unhealthy food options, few (if any) quiet spaces for a midday reprieve, and sitting desks that inhibit physical activity.

Ahead of her time, Zaha Hadid (the first woman to receive the Pritzker Architecture Prize) fought these constraints until her untimely passing in March 2016. Having designed everything from London’s Aquatic Center to China’s Guangzhou, Hadid’s corporate foresight is evident in Moscow’s Dominion office building, which was completed in 2015. Meant for startup tech companies, the approximately 228,000-square-foot building features a series of white balustrade staircases with glossy black steps. Eye-catching and inviting, they zigzag through a central atrium that floods each floor with natural light, which is said to improve mood and lower blood pressure and cortisol levels. This open space also serves as a social meeting place for employees of various companies. Two of the nine floors are dedicated to parking, and a restaurant is located on the ground level.

Further changing the global office landscape is Brooklyn-based Carlos Arnaiz Architects (CAZA) and its new City Center Tower in Manila—the capital of the Philippines. Opening this year, the 27-story building (which will house Google’s Filipino headquarters) features concentrically circular balconies that give the exterior of the otherwise traditionally rectangular structure a playful wave pattern that has a pearlescent shimmer. The mixture is a refreshing balance of free form and structured shapes that bring a relaxed sense of freedom and luxury to corporate business. The entry is also welcoming with an airy double-height lobby, and the lofted rooftop features a restaurant and an expansive balcony that overlooks the adjacent park. An urban beach concept will eventually be added and will include a wading pool, lounge spaces, and hammocks.

High-end companies like Stir are changing the corporate atmosphere from within the building structure as well. Based in Pasadena, California, Stir treats someone’s working station like an artisan’s tools or a chef’s knives. Being referred to as the Tesla of desks, its contemporary Kinetic Desk F1 Model (about $5,000) is handcrafted from solid wood and finished with a seamless acrylic overlay and a colorful underside. An integrated smart touchpad switches the 150-pound desk between preprogrammed settings for sitting and standing. The Kinetic Desk will also calculate the number of calories burnt while standing, communicate its findings to a connected Fitbit, and remind workers of when it is time to take a break.