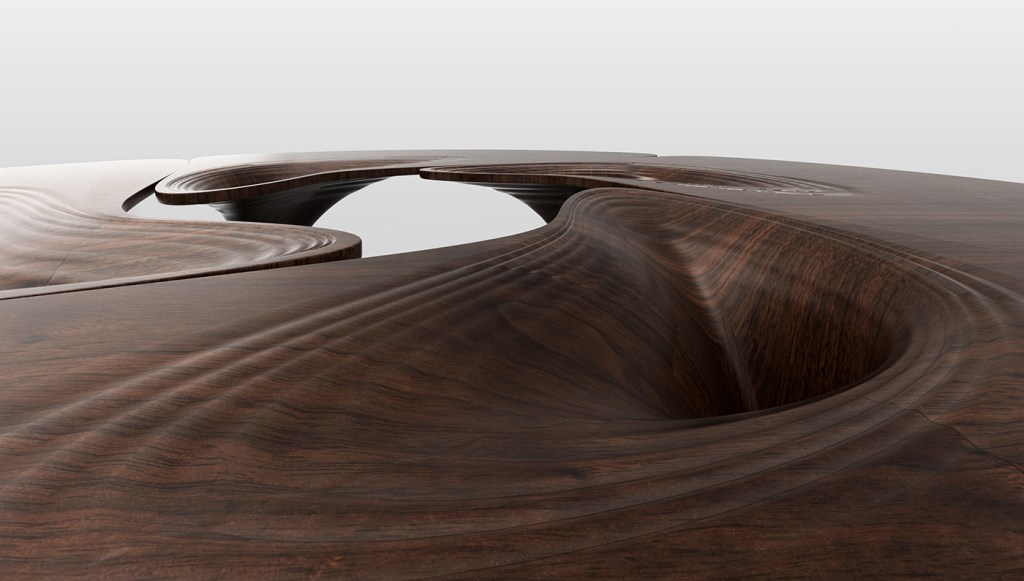 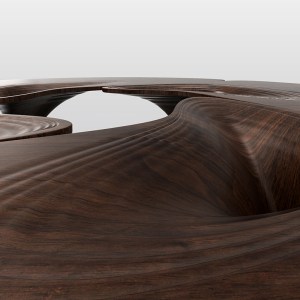 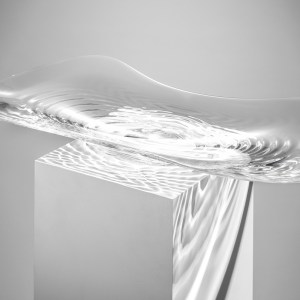 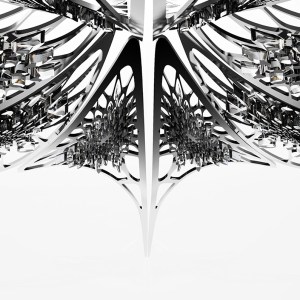 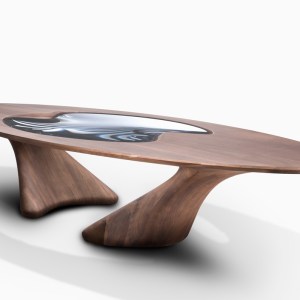 Six months after the unexpected passing of Zaha Hadid, the Iraqi-born British architect and the first woman to receive the acclaimed Pritzker Architecture Prize is still dazzling design enthusiasts all over the world. A visionary in her own rite, Hadid had a long working relationship (and a close friendship) with London gallerist David Gill, creating her first home collection to be shown in his eponymous London art gallery in 2007. Today, her final collection of furnishings entitled UltraStellar features a coffee table, dining table, and two chairs (all made from walnut) as well as a futuristic metal and glass chandelier. Three clear acrylic pieces (two consoles and a bowl that is also available in silver) have also been added to her popular Liquid Glacial collection, which she created for David Gill in 2014. The Ultrastellar collection, which is available for sale and ranges in price from $20,760 to $343,800, is currently on display in David Gill’s gallery until October 29. (davidgillgallery.com)

What do you think of Zaha Hadid’s final furniture collection?   Tweet to @RobbReportRebs