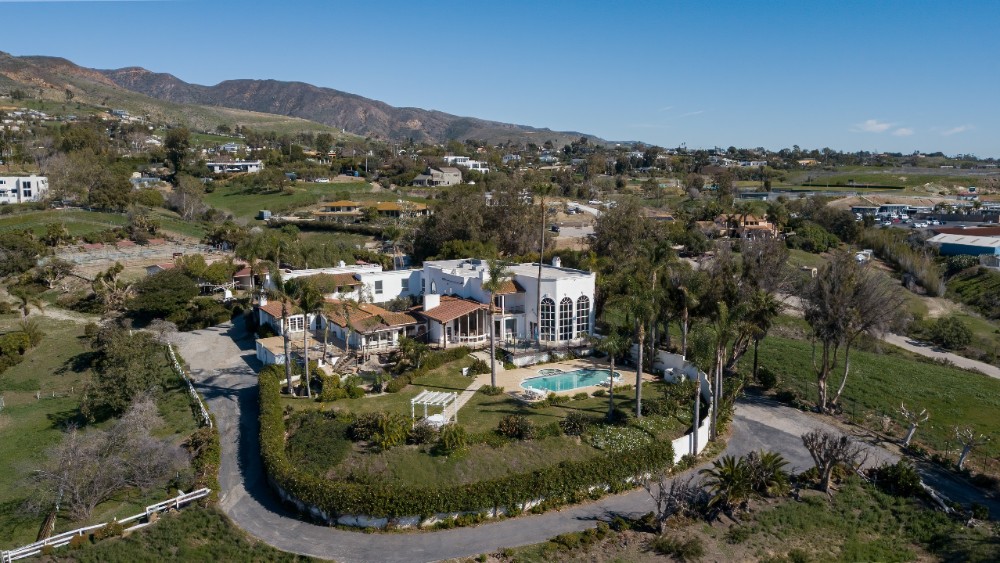 It’s the grand finale for noted violinist Albert Stern and his famed Malibu home, as he recently listed it for $14.5 million. Stern, who went to Juilliard and has made his name as a soloist, teacher and inventor, has lived in the home since 1976.

The 30333 Morning View Drive estate was originally built in 1953 and has remained well-kept over the last several decades, thanks in part to several additions made by Stern and his family. The 5.4-acre property is anchored by a 12,340-square-foot main residence with eight bedrooms and nine bathrooms, as well as two detached studios for staff or guests. The setting is ideal too: Malibu is known for its ultra-famous residents, and Malibu Park is perfect for those seeking a quiet respite. The bluff-side neighborhood enclave sits right atop the area’s iconic Zuma Beach, is known as the equestrian capital of Malibu and is home to celebrities like Lady Gaga.

“(The home) was built in the 1950s and was originally a three-bedroom ranch,” says listing agent Stephanie Smith with Doulgas Elliman. “The original structure remains, and they’ve built onto the property, which includes the large ballroom. It has the best acoustics, it’s lofty and you have a mezzanine area that is terraced for VIP guests. They’ve held numerous charity events. Elon Musk’s sister even had her 40th birthday there. It’s been a place where people have really congregated. Once you step on the grounds, you immediately feel a special Zen vibe.”

The double-height ballroom, which has a piano, soaring windows overlooking the ocean and an airy atmosphere, is even large enough to fit a 64-piece chamber orchestra, fitting for the home of a concert violinist. Stern first fell in love with the property when he saw the 400-year-old olive tree, which is the center of the sunny, Mediterranean-style courtyard.

When he was adding onto the original ranch house, Stern purposefully built the house around the olive tree. The main bedrooms are completely surrounded by the courtyard, while other rooms in the house have incredible ocean views.

If the white water views and pastoral acres don’t entice you, perhaps the many amenities will. Most notably, the home has a spectacular recording studio where A-listers like John Mayer, David Lynch, the Black Eyed Peas, Jason Mraz, Fergie, Lil Jon, Incubus, and others, have  recorded songs.

“Incubus’ title record, Morning View, was named after the street the home is on because they were so touched by the property,” Smith says. “Musicians are drawn to the recording studio for the ocean views, the nearby beach, its spacious five acres and canyon views in the back. You feel very excluded and remote, and I think artists are lending themselves to finding an ultra-private place.”

While the home is still active on the market, Smith says many musicians have come to tour the property for this element of privacy and, of course, the music studio. Other amenities include a sauna, gym or ballet dance studio, library, home offices and a pool and spa. As Stern is also an equestrian lover, the property has been developed with a 10-stall barn, paddocks, arena, turn-outs, pastures and access to miles of riding trails nearby.

“You can never replicate this size,” Smith says. “To find that size of square footage on that size of a lot with white-water views is so rare. You also can’t replicate this height of the ballroom due to permits in Malibu that now outlaw buildings which obstruct views.”

After living in the home for nearly 46 years, the 86-year-old violinist, who started playing the instrument around the age of five, is selling the place to return to his alma mater,  Juilliard, to teach.

The back of the house.  Scott Everts/Douglas Elliman

The home is filled with natural light.  Scott Everts//Douglas Elliman