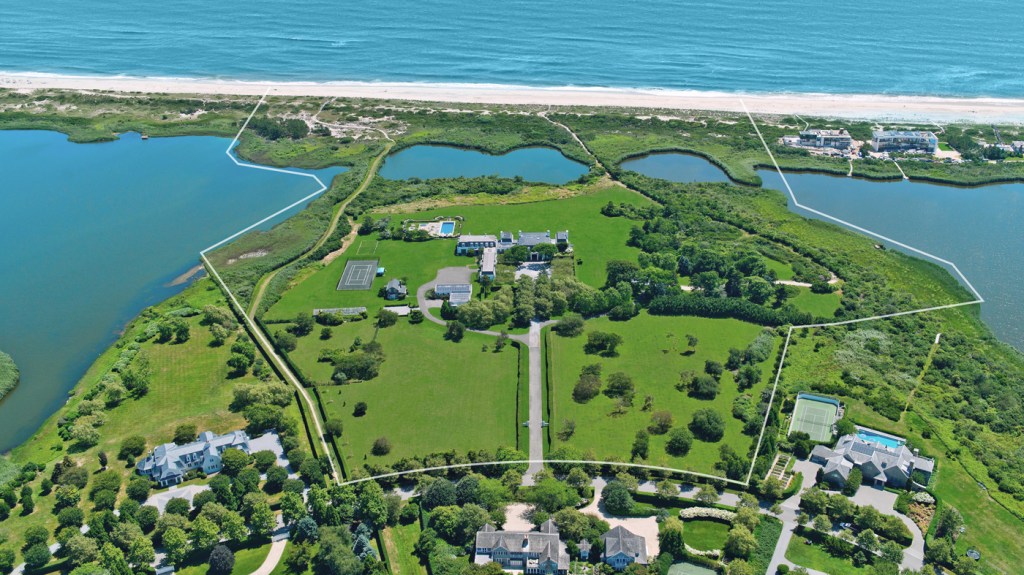 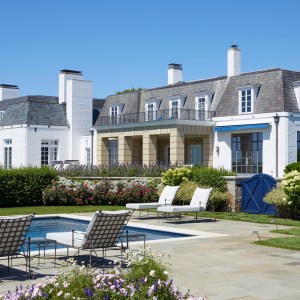 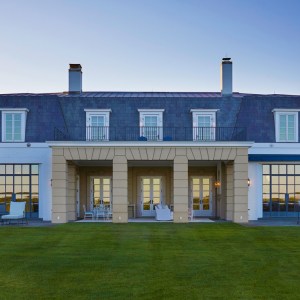 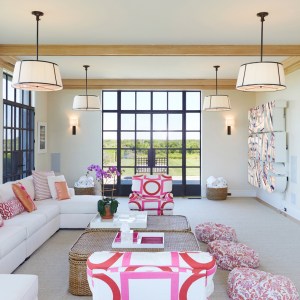 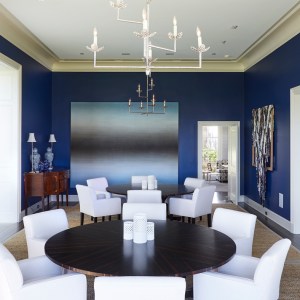 A Southampton estate originally built for Henry Ford II and his family in 1960 has been listed by its current owner for $175 million, making it the most expensive property in the entire state of New York. An observer at the time wrote, “Ford is building one of the greatest showplaces of the times.” That assessment remains true more than half a century later.

Known as Jule Pond, the 42-acre estate offers the largest ocean frontage in the Hamptons, with nearly 1,300 linear feet—and that’s just the tip of the iceberg. A tree-lined driveway leads to the 20,000-square-foot main residence, which boasts 12 bedrooms (including two master suites) and 12 baths. Renovated in 2008, the home retains many of its original features, such as Italian marble fireplaces, French parquet doors, molded ceilings, and chandeliers. Soaring ceilings and large windows recall traditional architecture from bygone days. The grand entrance features a massive staircase and unobstructed views of the grounds.

Offering a living room, game room, octagonal reception room, and recreation rooms, the home has everything one could want at their fingertips. A separate carriage house includes three bedrooms, one-and-a-half baths, and a detached six-car garage.

Outside, the sprawling grounds offer everything from a 60-foot swimming pool and spa to an outdoor kitchen and shower. Three ponds, verdant trees, and a meditation garden with a koi pond and waterfall feature give the estate a serene feel. Sports enthusiasts will appreciate the tennis court and basketball court, and green thumbs can utilize the original on-site greenhouse where the Ford family once grew their own fruits and vegetables. Winding pathways lead through the gardens to a quarter-mile of private beachfront overlooking the Atlantic Ocean.