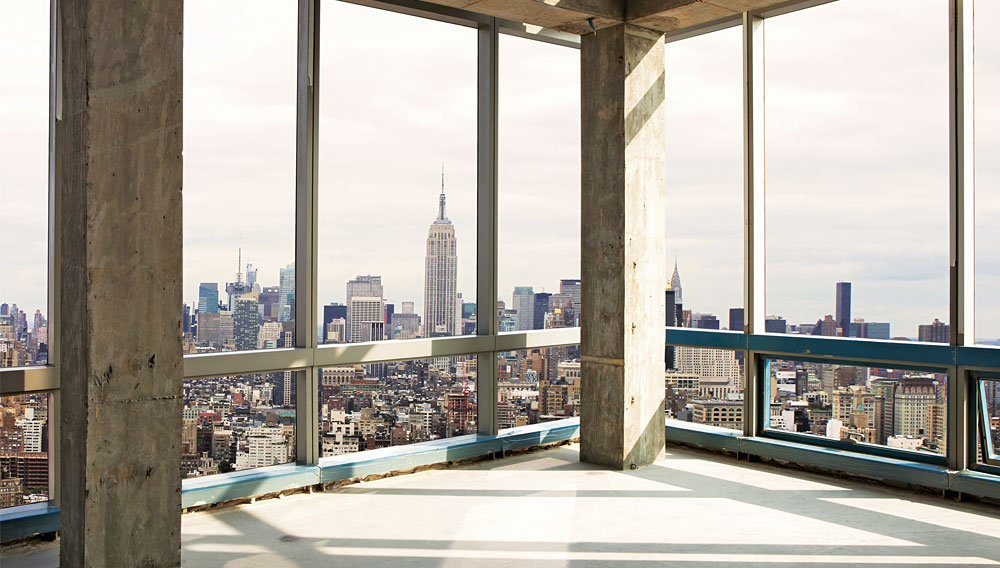 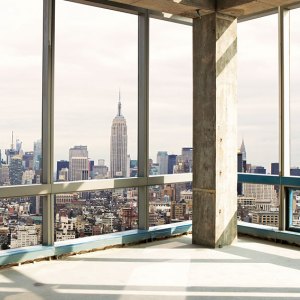 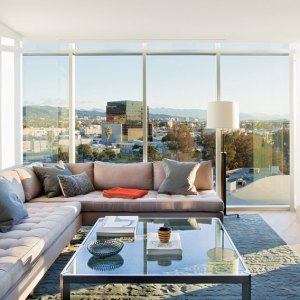 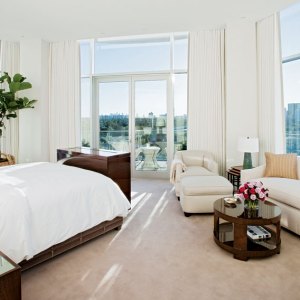 A custom interior by the designer Waldo Fernandez.

™Space may be at a premium in Manhattan, but not near the top of the 46-floor Trump SoHo New York, which opened in 2010. The hotel condominium’s two-story Presidential Penthouse—on floors 44 and 45—includes 7,045 square feet of space on the upper floor and another 3,000 on the lower floor, plus a 462-square-foot outdoor terrace. The top floor also offers a 360-degree view of the city that encompasses the Empire State Building, the Statue of Liberty, the Brooklyn Bridge, and other landmarks. Ceilings as high as 20 feet help showcase the vistas.

The gift recipient will be the penthouse’s first resident, and the acclaimed interior designer Waldo Fernandez, of Waldo’s Designs, will guide the new owner through the process of transforming the raw, empty space into a home. Fernandez made his mark as a set designer at 20th Century Fox before turning his attention to home interiors and commercial projects. He has worked on the homes of a number of entertainment-industry celebrities, and he designed the new interior for Spago Beverly Hills. Fernandez is based in Los Angeles, but he has ties to New York: His family relocated there from Cuba when he was a teenager.

Fernandez viewed the penthouse in mid-October and was impressed. “The views are phenomenal, and being able to see the river and the city is truly special,” he wrote in an e-mail. “Most of my projects in New York have spectacular views, but the scale of the windows and the volume of the space are truly unique in New York. Also, the proximity to Sixth Avenue [a block away] is great, as that is a straight shot uptown by car.”

While stressing that he plans to collaborate with whoever buys the penthouse, Fernandez offered his thoughts on how he might design it. “One level can be a completely private space, and then the second story can be more of a combined entertaining and private floor,” he wrote. “I envision a grand staircase in the center connecting the two levels. To maximize the views [on the upper floor], I would lean toward an open floor plan. I’d have each room flow into another, and I’d try to minimize the number of internal floor-to-ceiling walls.

“I would include an indoor swimming pool with beautiful decorative mosaic tiling, a full spa, sauna, and steam room, as well as an area for massage and beauty regimens. Even though there is a pool in the hotel, a client of this caliber would appreciate the privacy.”

Fernandez also envisions using large-scale slabs of polished granite with a reflective quality for the floors to enhance the drama of the space. He also would use highly polished Venetian plaster on the ceilings, which would then “create a subtle impression in the floor.” In addition, he imagines “tall bronze doors with custom-designed Nanz hand-turned hardware, hand-lacquered walls, and deep, rich colors, such as aubergine, for some accent walls.”

Fernandez, who is known for blending furnishings and fittings from different eras, anticipates selecting “a mix of neoclassical furniture with more modern pieces to create depth in the space with unusual and rare collectible pieces.” Artworks would play a crucial role in his plans. “An alabaster sculpture by Anish Kapoor, placed in front of one of the windows, could create a beautiful reflective moment,” he wrote. “I would love to use a large-scale original Giacometti plaster lighting fixture, which would be a real statement about the elegance of the space, the location, the property, and the clients.”

With the penthouse come all the amenities of the Trump SoHo. These include the services of a multilingual assistant from the Trump Attaché program, a 6,000-square-foot outdoor pool deck, the Spa at Trump, the Koi SoHo Japanese restaurant, and the Spot nightlife lounge. Valet parking, child-care services, 24-hour in-room dining, a 24-hour doorman, access to a health club, and laundry and dry-cleaning services also accompany ownership of the penthouse.

The price of this gift does not include art.