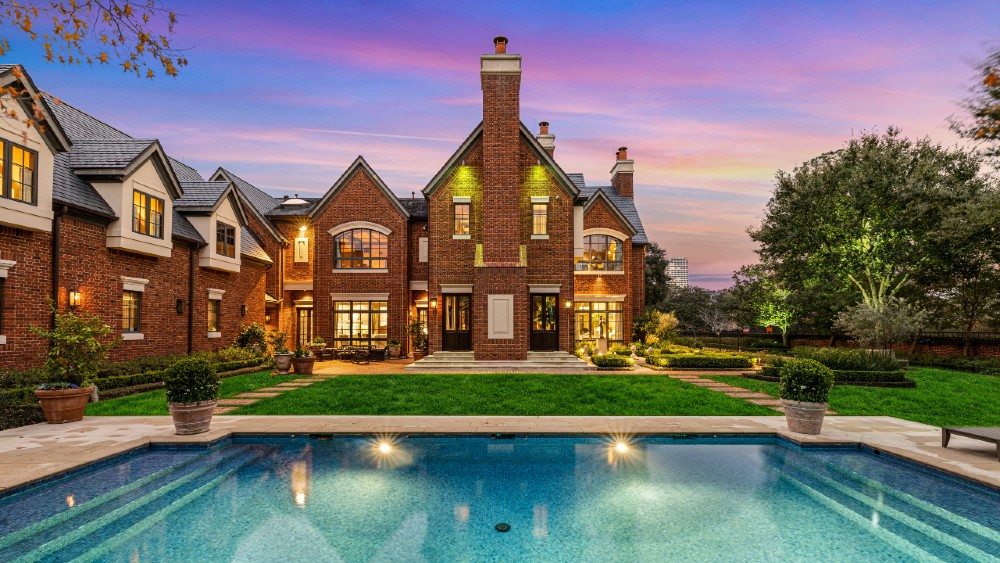 For those crypto lovers worried about Bitcoin’s volatility over the last month, we’ve found a solution to ease your pain: buy a mansion.

A lavish, all-brick home located on one acre in one of Houston’s most upscale neighborhoods recently hit the market for a whopping $27.5 million—and its owner is open to Bitcoin as a form of payment, according to real estate brokerage Douglas Elliman.

The Tudor-style five-bedroom, five-bath home on River Oaks Boulevard was built in 2005. The place welcomes you into a 12,000-square-foot living area, past which you’ll find five wood-burning fireplaces, a gym, a home theater, a library, multiple walk-in closets / dressing rooms and an underground wine cellar with space for hundreds of bottles. Elsewhere on the property, amenities include a six-car garage, koi pond, pool and a spa.

The home currently belongs to prominent Houston lawyer and one-time mayoral candidate Tony Buzbee who, with his then-wife Zoe, purchased the place in cash in 2013, according to The Wall Street Journal. A mainstay in the Houston area, Buzbee ran for mayor 2019 (he lost to Sylvester Turner), and as a high-profile attorney represents such clients as the nearly two dozen women who have filed sexual assault and harassment lawsuits against Houston Texans quarterback Deshaun Watson. (His firm is also representing the more than 125 victims seeking $750 million in damages after the Travis Scott concert tragedy at the Astroworld Festival.)

Now, however, Buzbee is making news with his move to “take advantage of the market” with what is currently one of the priciest listings in Houston. The relationship between Bitcoin and the real estate market, though, isn’t exactly new: Over the past few years, cryptocurrency has become a promising payment method in high-end real estate. In June 2021, for example, a Miami-area penthouse sold for $22.5 million in what is believed to be a record price for a sale via crypto.

Were someone to buy Buzbee’s home in Bitcoin, it would smash that record. Interested Bitcoin investors may want to take a minute to ponder the opportunity, however, as the cryptocurrency market’s recent fluctuations have seen the price of a single Bitcoin plummet from record highs at $67,500 in November 2021 to as low as $35,070 in late January. Even as Bitcoin continues its recovery run, it’s still seen a price drop of 35 percent since its highs, and experts say that 2022 could bring even more volatility.

If the risk and price seem right to you, though, you could make off with fancy new digs in one of Houston’s toniest zip codes.

Check out more images of the residence below:

One of the walk-in closets  Douglas Elliman