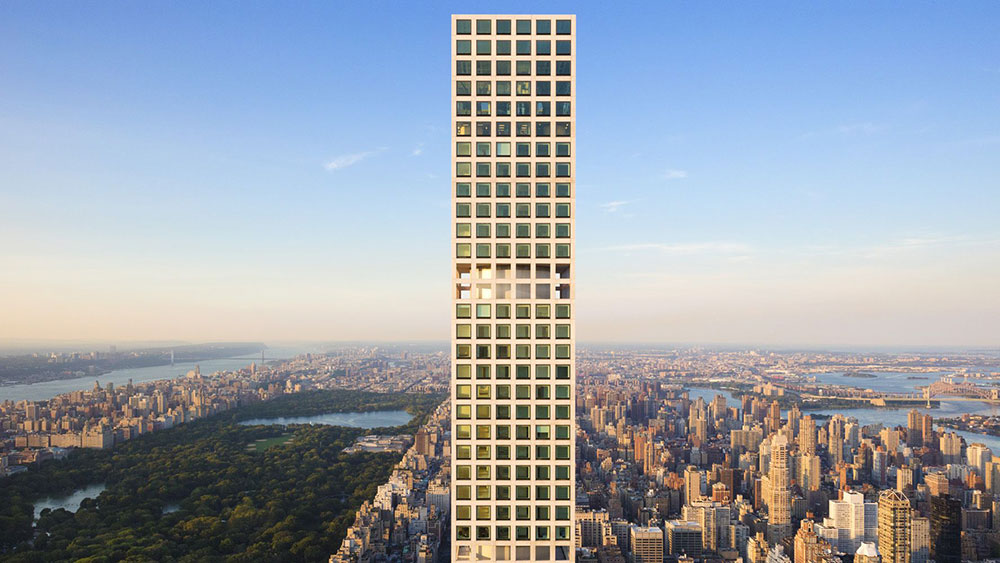 If you’re going to splurge on a unit at 432 Park Ave., a new listing on the 79th floor may be your best bet. Asking a whopping $135 million, the full-floor residence was designed by Japanese artist Hiroshi Sugimoto, resulting in a home that’s more livable art than your standard glossy high-rise.

The apartment is 8,055 square feet altogether, with five beds and five baths. Given its position in the 1,400-foot-tall, Rafael Viñoly-designed building, it enjoys incredible views of Central Park and the Hudson and East Rivers.

What distinguishes it from other listings in the building—namely the 96th floor penthouse that listed in July for $169 million—is its interior design. The home represents the first architectural project by Sugimoto in New York City, and the photographer’s influence shows. It’s a testament to the minimalist, wabi-sabi sensibilities of Japanese design.

Sugimoto brought this aesthetic to the home primarily through his use of materials, which were carefully selected from different locales in Japan. In the dining room, the floors are made with ancient cedar planks sourced from the otherworldly forests of Yakushima Island, and in the primary bathroom and entryway, the stone tiles are sourced from old Kyoto tram stations. There’s even a room completely covered with tatami mats that Sugimoto originally designed for traditional tea ceremony.

One of the standout features is a permanent art installation in the dining room dubbed Ukitsobo, or Floating Inner Garden. It’s a bonsai garden of sorts, depicting two of the trees standing opposite one another within a stone planter. “Just as Central Park, which the windows overlook to the north, is one model of nature, I have further miniaturized that model to make a bonsai garden,” Sugimoto says of the piece. “Some day in the future, when we have lost all connection with nature, the bonsai garden in this space will remain as an image of nature as it once existed.”

Perks extend beyond the individual apartments walls too. 432 Park has 30,000 square feet of amenities including a private restaurant, 75-foot pool, yoga studio, movie theater and more. It’s far from a perfect building, though: The structure has reportedly experienced engineering issues that have caused larger issues for residents such as leaks.

Noel Berk of the Engel & Völkers Mercedes Berk Team holds the exclusive listing. Check out more photos of the one-of-a-kind pad below:

One of the bedrooms.  Photo: Devon Banks