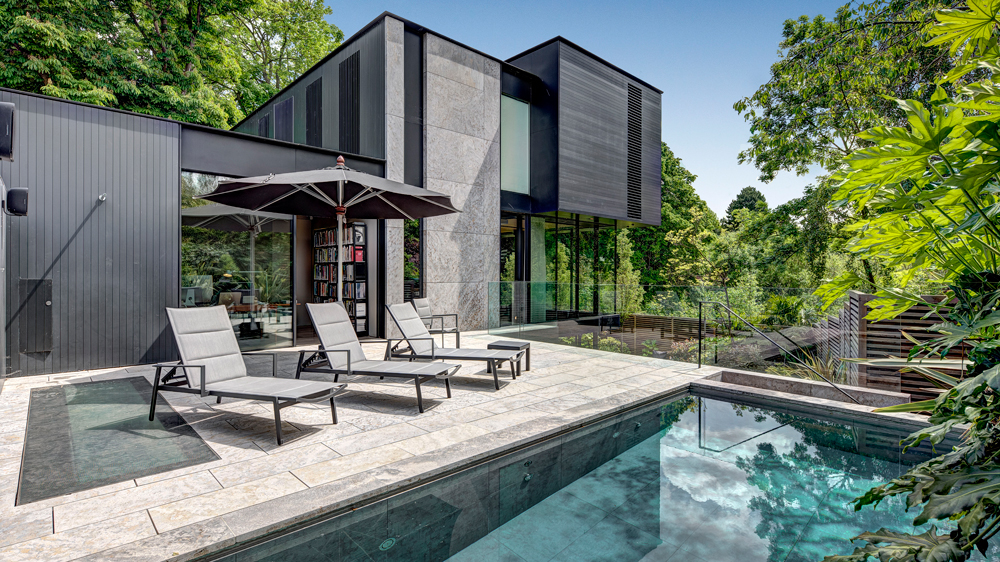 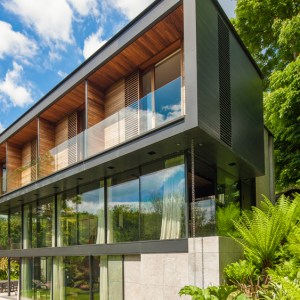 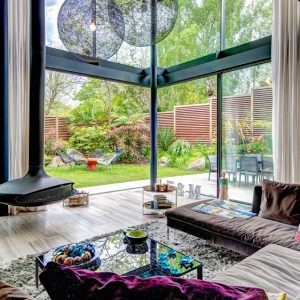 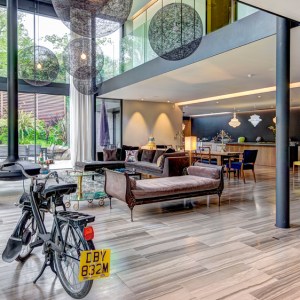 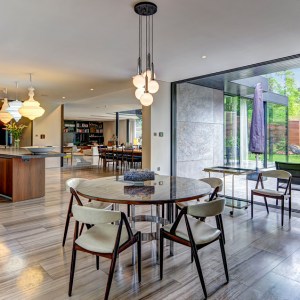 As striking and angular as its construction is, 51 Fitzroy Park seems to fit right into its North London landscape.

Designed by lauded modern architecture firm Stanton Williams, the five-bedroom, six-bathroom residence replaced a late 1950s home that was previously on the lot and caters to the unique split-level parceling of the land. The new build was set back from the original plans to preserve mature trees and the natural serenity.

The upper level cantilevers out, filling in some of the new created blank space while producing a floating feeling that’s best enjoyed from one of four small decks that channel the alfresco areas at London’s One Park Drive. A unique bridge connects to the core of the residence. This area is pronounced with double-height windows that envelop the entire living area on both floors with natural light. Special care was taken in the design and build to engage the final layout with its natural surroundings as much as possible.

The home at 51 Fitzroy Park strikes a unique harmony between laid-back living and state-of-the-art entertaining with a wide-open kitchen/living area and a raised pool with a sundeck. One bedroom is on the raised ground floor; three other bedrooms plus the master are tucked away above in what feels like an appropriate division from the common areas.

The materials used in the 6,230-square-foot 2015 RIBA London–winning home echo the surroundings. The home is wrapped in Accoya timber paired with touches of limestone, while oak and more limestone are used in the interior. The result is a modern take on park-style living that feels slightly rustic yet also captivating and engaging.

51 Fitzroy Park is available through Beauchamp Estates with a price on request.