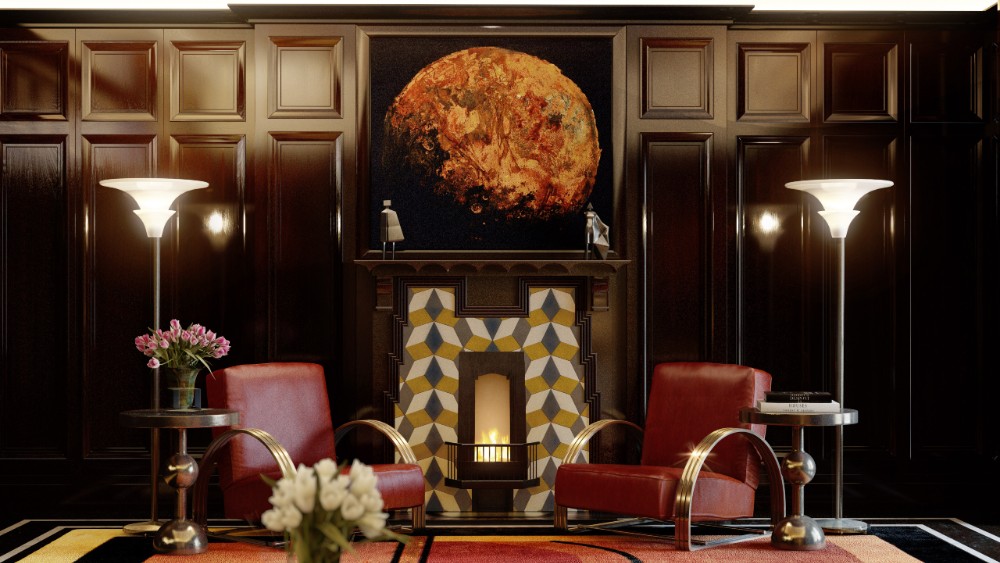 Thierry Despont is a household name in the interior design and architecture world, having worked on several impressive projects including Casa Cipriani, Fasano, the Carlyle Hotel, The Ritz, Paris, and Claridge’s in London. Now, the architect’s first-ever residential project in Europe is unveiled: 60 Curzon in London’s posh Mayfair neighborhood.

Drawing on London’s history of private members’ clubs, Despont says that being a resident here is like being part of an exclusive club—and it’s no coincidence that Mayfair is home to some of the most exclusive private members’ clubs in the world. After all, there are just 32 residences total. The deco-inspired residential complex echoes a traditional Mayfair building, but also takes inspiration from his home base of New York City and Paris’ affluent arrondissements (Despont is originally from France). His sophisticated and elegant interior design touch is seen throughout the building, and in true Despont style where no detail is left to chance, no two apartments are alike. He worked hand in hand with renowned London-based architectural firm PLP Architecture, whose projects include the Dorchester Collection’s Mayfair Park Residences and Park Modern.

“Clad in hand-set Portland stone 60 Curzon represents the best of contemporary architecture and design, while embracing the history and heritage of this iconic Mayfair location,” says Alex Hardy, head of sales at 60 Curzon.

Apartments range from two to four bedrooms, starting at £10.7 million for a two-bed. There will also be two duplex penthouses. Every room is made with high-end materials and finishes, from the marble waterfall island to the marble bathrooms to the sumptuous textures and fabrics used for the furniture. Many units have sprawling terraces, balconies, and outdoor spaces as well. The residences have soaring 14-foot ceilings and large windows to allow in plenty of natural light.

The building is a stone’s throw from two Royal Parks—Hyde Park and Green Park—and near some of London’s most sought-after real estate. Residents will receive bespoke, personalized service through a 24-hour concierge, valet, and security and have a range of on-site amenities to enjoy. These include a spa and wellness level, featuring a 65-foot swimming pool, sauna, steam room, and treatment rooms; a fitness center and exercise studios; a club lounge; underground parking; and temperature-controlled Hobby Rooms, where residents can store fine wine, cigars, luggage, skis, and more. In total, there is more than 10,000 square feet of private terraces and balconies, some of which peer into the private courtyard garden, designed by Gustafson Porter + Bowman.

The building will also house the next generation of Mayfair’s famous Mirabelle restaurant, a recreation of the iconic restaurant founded in 1936. Throughout the 20th century until its closure in 2008, Mirabelle was beloved by the rich and famous, from Winston Churchill to Kylie Minogue and Leonardo DiCaprio, as well as politicians, playwrights, and other celebrities. Mirabelle will exist across three floors of the building. Residents will have private access to the restaurant.

Set to be completed this year, 60 Curzon has already attracted buyers both in the U.K. and internationally, even though the building has remained relatively under the radar until now. As  our world opens up and international business and travel resume, London is sure to be a hotbed for luxury real estate activity. According to Savills, there is a 40% increase in interest from U.S. buyers this year compared to last year. There’s no doubt that Despont’s success in the U.S. will also draw fans of his work across the pond.

“60 Curzon is one of the final super-prime developments in the Mayfair real estate jigsaw and represents the last opportunity for high-net-worth buyers, whether already a resident in London or further afield, to live in a new-build home inside a truly outstanding residential building, in the heart of this cultural, vibrant and historic neighborhood of Mayfair,” says Ed Lewis, head of residential development sales at Savills London.

In addition to hospitality and residential projects, Despont has designed homes for icons like Calvin Klein, Mickey Drexler, and Oscar de la Renta, among others.