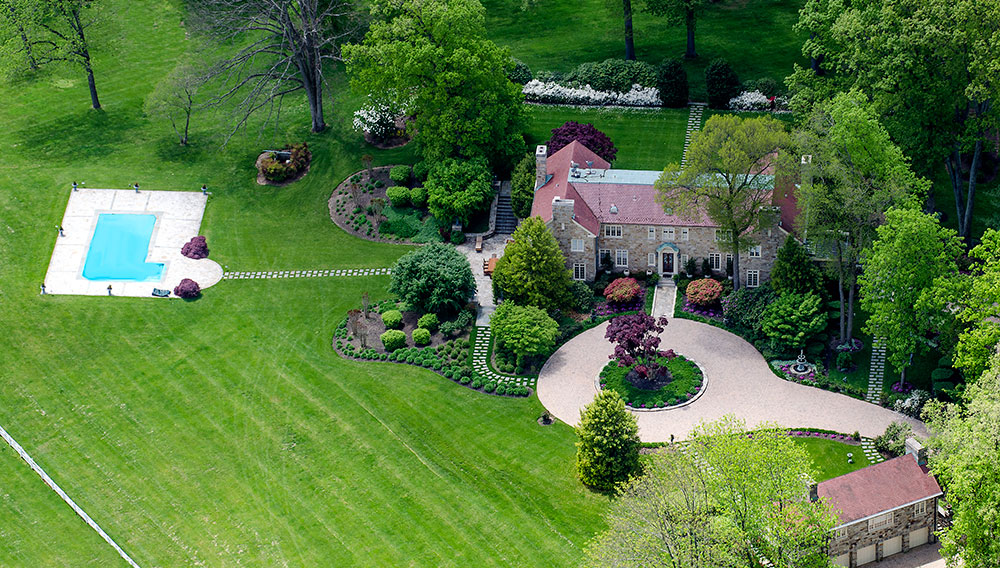 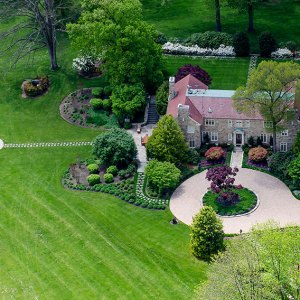 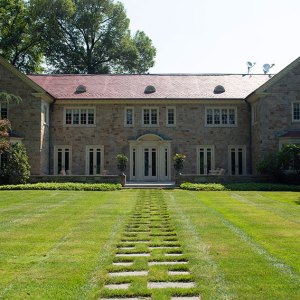 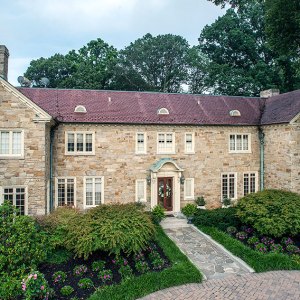 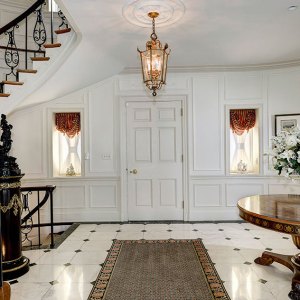 Charles Carroll wore many hats during his lifetime, including planter, writer, and congressional delegate. But he is best known as one of the 56 signers of the Declaration of Independence. In addition to playing a pivotal role in the country’s fight for independence, Carroll was a wealthy landholder who owned thousands of acres in the Maryland countryside. Some of that land was eventually purchased by the owners of Baltimore’s Pimlico Race Course, who built an English-style manor on the grounds in 1936. Today the approximately 45-acre Folly Quarter Manor estate is listed at $7 million, providing a rare chance to own land with a direct link to the United States’ colonial past.

Located at the end of a stone driveway lined with Japanese cherry trees, the 8,000-square-foot manor has six bedrooms, five full bathrooms, three half bathrooms, and six fireplaces. The home’s dramatic foyer features two curved staircases with Greek-inspired balustrades—one leading upstairs, the other leading downstairs. A hand-painted mural of a fox hunt serves as the focal point for the second-story landing, which leads to a master suite that includes a private balcony, a dressing lounge, a sitting room, and matched bathrooms—one of which is equipped with Carrara-marble floors, a deep soaking tub, and a Tiffany chandelier. The first-floor gallery hall boasts a 14-foot barrel-vaulted ceiling, marble floors, and floor-to-ceiling windows. Other standout features include a cinema, a banquet-sized dining room, a fitness room, a custom full-service bar, and a 12-by-12-foot safe. Outdoor amenities abound, with a guest cottage, a pool, a pond, a 10-stall horse barn, a trout stream, and verdant gardens—providing plenty of space for owners to create some history of their own. (Inquiries: Creig Northrop with Long & Foster/Christie’s International Real Estate, 410.531.0321; christiesrealestate.com) 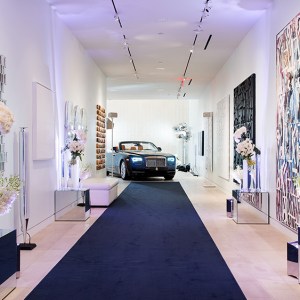