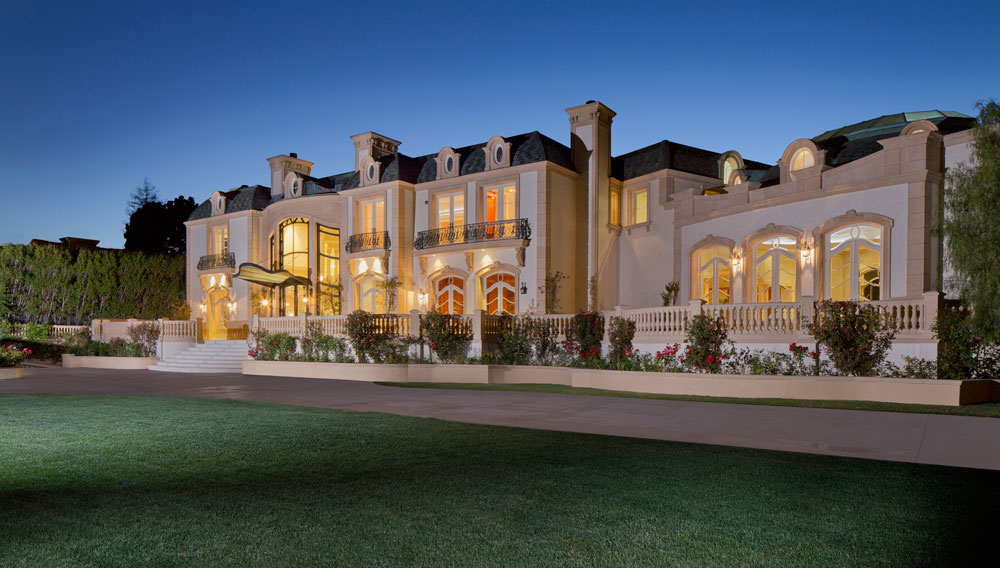 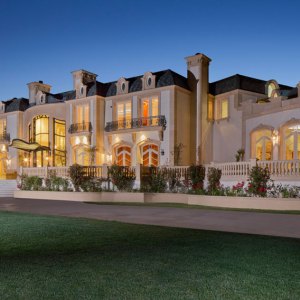 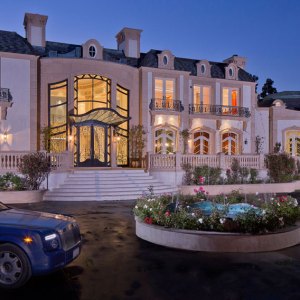 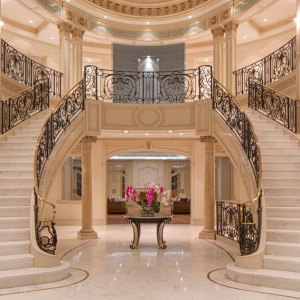 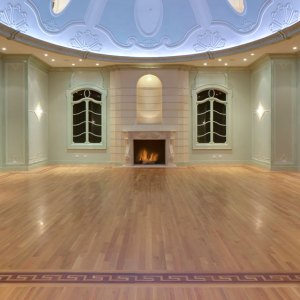 Located just blocks away from the famed Beverly Hills Hotel, this French-château-style home at 901 North Alpine Drive is currently on the market for $72 million. The never-before-lived-in, 28,000-square-foot home feels like a grand palace fit for royalty. It is easy to imagine a princess being introduced to her court from the Juliet balconies overlooking the home’s main foyer. She descends one of two marble staircases among columns and ceilings embellished with gold leaf, and under a gaping skylight. Upon reaching the floor below, she joins the party of 200 moving to a formal dinner in the home’s ballroom. A team of chefs prepares meals in the 1,400-square-foot kitchen—with its six ovens, two islands, and four sinks—that is designed for entertaining on a grand scale. Meanwhile, VIP guests sample rare vintages within the 1,000-bottle cellar and adjacent tasting room.

Amenities to enjoy on quieter nights in the château include a screening room, a gym, a game room, and a Greek-style indoor pool and hot tub surrounded by stone columns. There are six bedrooms for residents upstairs, two in the maids’ quarters, and three more in the 1.5-acre estate’s stand-alone guesthouse. A Crestron automation system controls the smart technology installed throughout the residence.

Frank Valentino of Park Lane Design Group initially conceived the estate, which was designed for a previous owner. Then, the developer Albert Elkouby took on the project, working with French architectural designer Robert Salice over a five-year design and construction process. The neighboring 36,000-square-foot mansion, also in the French-château style, listed for $68.5 million in 2010 and sold for $34.5 million in 2012. In the 1970s, Saudi sheik Mohammed al Fassi owned a famously ostentatious green mansion that spanned both lots. (Inquiries: Coldwell Banker Previews International; Joyce Rey, 310.285.7529, or Jade Mills, 310.285.7508; californiamoves.com)

Home of the Week: This Soaring $32 Million Bahamian Mansion Comes With a Porsche and a Range Rover

Home Tours: This $38 Million SoCal Mansion Has a 55-Foot Pool That Will Rival Any Resort’s 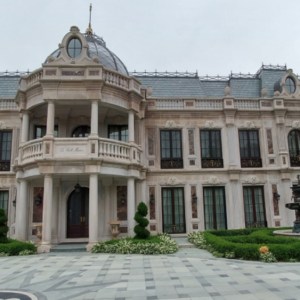