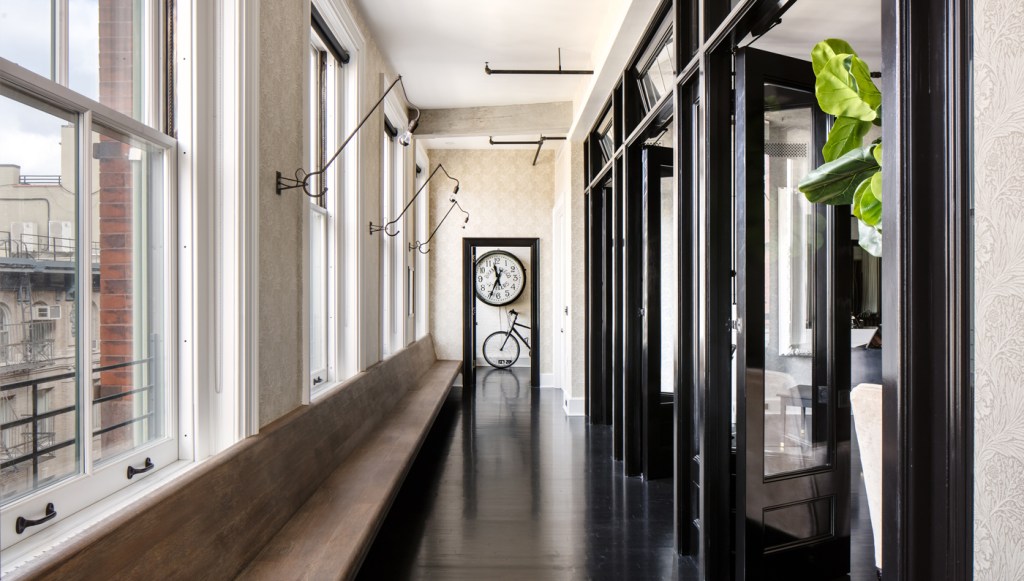 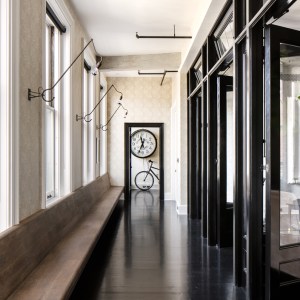 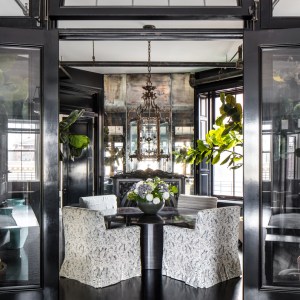 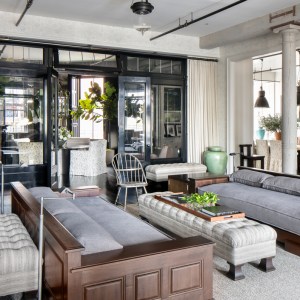 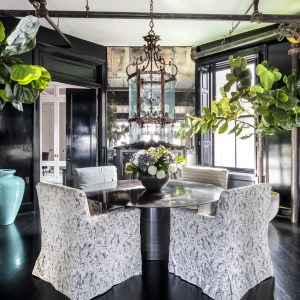 Beloved for her performances in romantic classics such as When Harry Met Sally and Sleepless in Seattle, Hollywood sweetheart Meg Ryan has added another prominent role to her resume: interior designer. The accomplished actress, who has decorated nine homes to date, has had work featured in style bibles such as Architectural Digest and Elle Décor. After purchasing an apartment at 84 Mercer Street, Ryan set out to create an entirely new, modern dwelling. She has now put the renovated residence on the market, giving homeowners the chance to buy a place with her signature flair.

Situated on an entire floor of a converted SoHo warehouse, the 4,100-square-foot dwelling is accessible by a private elevator. Equipped with three bedrooms and three bathrooms, the open-concept apartment promises tranquility for New Yorkers eager to escape the big city grind. Exposed brick walls and 12-foot ceilings add an airy, modern feel to the space, while prewar elements (including an extended entryway with rows of glass windows, floor-to-ceiling French doors, and portly columns) pay homage to the building’s past. The inviting master bedroom features an exposed brick wall, an imposing column, and well-appointed closets. A freestanding bath tub, dual marble-top vanities, and white-and-black tile floors add pizzazz to the master bathroom.

During the renovation, Ryan gutted and built out the rooms, added French-inspired flavor to the kitchen, put a decorative fireplace in the dining room, and refinished the wood floors with an ebony stain. According to Top Ten Real Estate Deals, the residence is currently on the market for $10.9 million. (Inquiries: The Corcoran Group, Barbara Hochhauser; 212.836.1035; corcoran.com; toptenrealestatedeals.com)