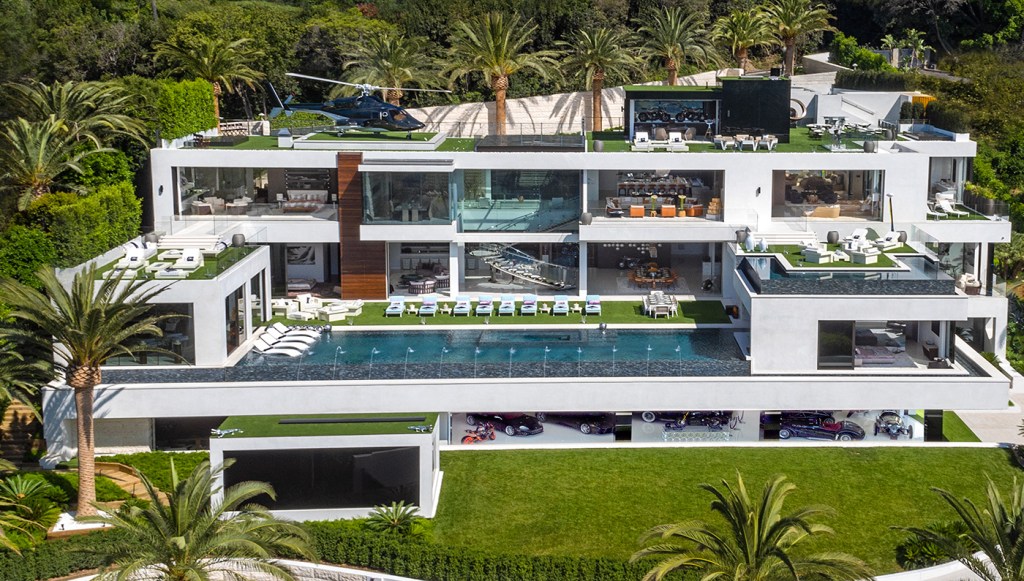 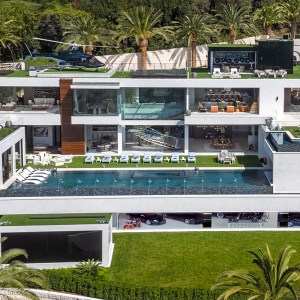 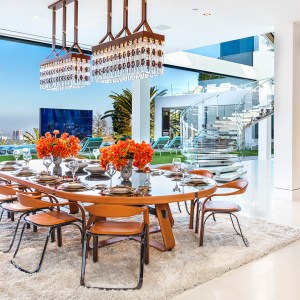 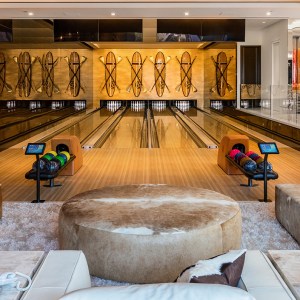 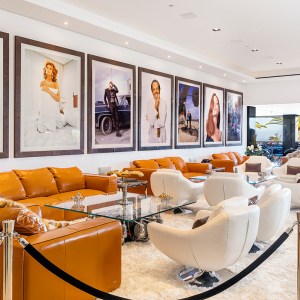 Breaking records as the most expensive home ever to be listed in the United States—and easily one of the most expensive homes in the world—this newly built, $250 million estate in Bel Air is a theme park of designer names, bespoke leathers and fabrics, and one-off pieces. Every detail of the 38,000-square-foot home was meticulously curated to create an experience that is purely Hollywood, and one that developer Bruce Makowsky says was inspired by yachts. “People pay $100 to $200 million for their yacht, but were content paying only $30 million for the home that they live in everyday,” explains Makowsky. “The real estate market wasn’t keeping up.”

The spec estate’s four stories are stacked in a horseshoe shape around a centralized 85-foot infinity pool and 17,000-square-foot entertainment space, which is visually reminiscent of the decks aboard a ship. And similar to a yachting experience, everything you need is at your fingertips. Just beyond the pool is a row of canary palm trees and a quintessential view of Los Angeles, sweeping from Santa Monica Beach to downtown L.A. A hydraulic 18-by-10-foot television, guarded by two eye-catching metallic crocodile sculptures, seemingly rises from the pool’s depth at the touch of a button. Flanking the pool on one side is a hair salon and spa and an outdoor pavilion with a bar on the other.

Sold turnkey, the estate also comes with an extensive collection of artwork. Highlights include an oversized metallic sculpture of a Leica camera by Chinese artist Liao Yibai, a vertical pinball machine made from Veuve Clicquot Champagne bottles, and framed Rock Royalty custom guitars. Not to be forgotten is a functional Hobie 16 catamaran and an original Bell 222A helicopter from the television series Airwolf that has been restored with orange Hermès and Louis Vuitton leather. (924belair.com)