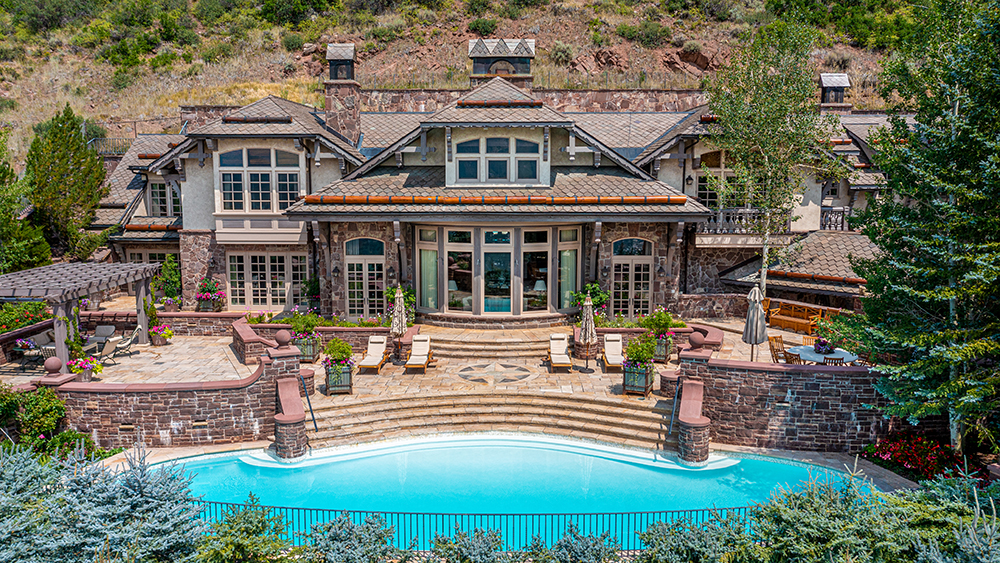 Often, but not always, a celebrity pedigree can help sell a house. David Bowie’s New York City apartment sold in just one month; Tommy Hilfiger offloaded his Greenwich, Conn., mansion in just eight weeks. A new listing in Aspen, however, has a bit of a different history: It’s not exactly one that involves an A-lister, but it may still be compelling enough to peak a future buyer’s interest.

The mansion was at one point owned by Viktor Kožený, a fugitive financier from the Czech Republic who scammed investors out of millions and is often referred to as the Pirate of Prague. He was accused of swindling investors out of hundreds of millions of dollars, and the FBI eventually seized the home. Reports now place him in the Bahamas. His old property, meanwhile, is now up for grabs for a whopping $48.5 million.

That’s not to say that the home is cursed or undesirable. After Kožený’s tenure, it was picked up by Richard Braddock, the former CEO of Priceline. “When we, not only myself and my wife, Susan, but also our rather massive family, first saw the Peak House, it was love at first sight,” he told Forbes. “We had rented it over the millennium after the Pirate of Prague had vacated the house and fled the country two years before.”

It’s one of the highest and most significant homes on Red Mountain, a tony enclave where Jeff Bezos’s parents and Walmart heiress Ann Walton Kroenke live. The 20,000-square-foot home sits on almost three acres and has seven beds and eight baths in total.

One of the bedrooms  Photo: Hart Houston

Notable features include a sizable wine cellar that’s big enough to host a party in and an indoor pool that looks like the sort of thing you’d find in an airy Italian villa. Outside there’s an outdoor entertaining area that flows into another pool, plus a garage with space for up to 12 vehicles.

Renowned interior designer David Easton worked with Braddock on updating the home, which was built using local materials like sandstone and granite. The results speak for themselves: The home combines wall-to-wall wood paneling that’s expected of mountain cabins with more open, light-filled spaces.

Now a new buyer has the chance to make their mark on the place. It certainly has quite the legacy.

Check out more photos of the Red Mountain address below: