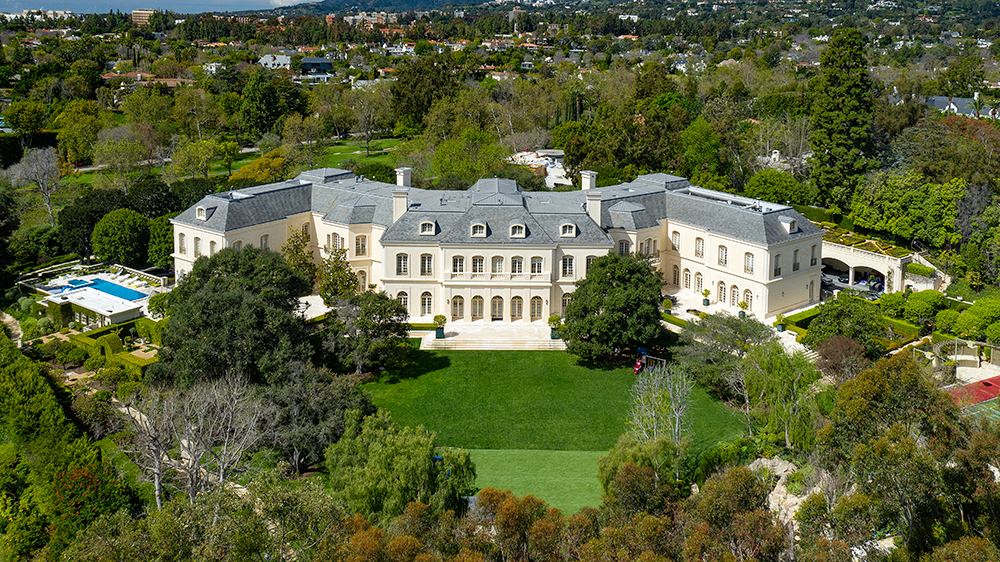 Spelling Manor, which sold for $120 million on Tuesday.

Uber co-founder Garrett Camp just forked out a record-breaking $72.5 million for a Beverly Hills mansion. That makes it the largest-ever sale of a home in the neighborhood… right?

Not exactly. While it’s true that the sale surpassed the previous record holder—Minecraft creator Markus Persson’s $70-million estate purchase in 2014—its status as the priciest home in town lasted a mere 24 hours. Just one day later, on Tuesday, an anonymous buyer snapped up Spelling Manor—the former home of late TV producer Aaron Spelling in all of its 123-room glory—for a new record of $120 million. (The Spelling estate was a Robb Report Home of the Week in May.)

As for the Uber founder’s new digs, we can see why Camp’s 12,119-square-foot home was worth the splurge. The address’s desirable street-to-street lot covers more than an acre of land, with a zero-edge pool, luxurious guest house, gardens and a discreet “hidden” entrance to an underground car gallery. Meanwhile, the residence itself boasts seven bedrooms and expansive living spaces, with a natural, Bali-esque aesthetic throughout. Because what better way to celebrate Uber’s IPO than dropping millions on California real estate?

Of course, before Camp could even key in to his new abode, Spelling Manor sold—finally. Formula One racing heiress Petra Ecclestone originally put the 56,500-square-foot home on the market in 2016 for $200 million, only to cut the price to $160 in May. Now, it has sold for $40 million below that figure, a deal that was allegedly paid for entirely in cash.

The pools and party deck at Spelling Manor.  Photo: Courtesy of Coldwell Banker

The property has a lot to justify its insane price, which is not only the most expensive in Beverly Hills, but the largest in all of California. The 14-bed, 27-bath estate has its own beauty salon, bowling alley, nightclub and barber shop. Plenty of other quirky perks abound within the manor, but we imagine its 100-car parking and five acres of gardens were more of a selling point for its mysterious buyer.

And while Camp may lament the mere 15 minutes of real estate fame he was allotted, both homes prove a hopeful spark for a cooling high-end marketplace in Los Angeles. Other uber high-end manors (no pun intended), like the still on-the-market Chartwell Estate for $195 million, should prove interesting to watch in the months that follow the Spelling and Camp acquisitions.

And not to be totally eclipsed, there’s plenty to talk about across the country in Palm Beach, too. La Follia, a glitzy 37,500-square-foot estate on Billionaire’s Row, sold for $105 million this morning, an all-time high for the Palm Beach area. That’s plenty to celebrate—particularly if another property surpasses that mark. Who knows—given the latest trend, that could be tomorrow.