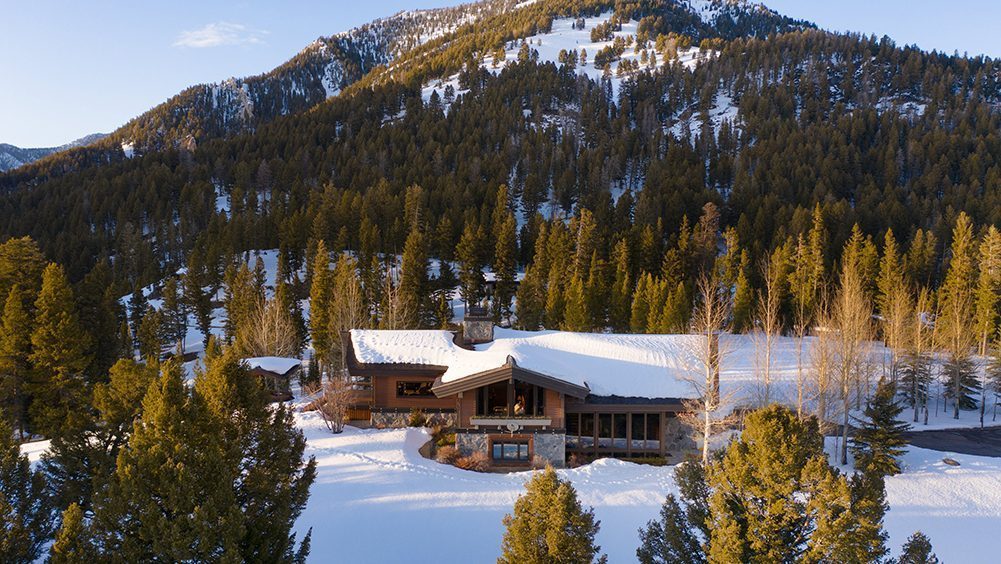 Big Sky may be known for its ski scene, but at one North Fork Road address, all of the amenities revolve around autos. Those looking for a new home where they can stash their extensive collection are in luck, then, as the 20-acre parcel has just listed for $12 million—sprawling underground garage and all.

The compound is located at the end of a private road near Yellowstone National Park and enjoys views of the nearby Gallatin mountain range. The main home is 9,000 square feet all on its own, with four bedrooms and five bathrooms. It was designed to be a bit rustic, with stone fireplaces, wood-paneled ceilings and at least one chandelier with antler embellishments.

The underground garage, which can house up to 70 cars.  Photo: Engel & Völkers

Naturally, given its automotive perks, it was at one time owned by a big car collector. The late Tom Gerrard housed many of his prized marques here, including a 1960 Chrysler 300F and a 1957 Ford Skyliner.

All in all, the subterranean garage on the property can house about 70 cars, so even the most zealous car connoisseurs will have plenty of space to stash their wheels. For those who want to take a few of their models out for a spin, there’s also a gas station on the property, which has a pump with a 1,000-gallon capacity. There’s also a dyno, which has its own separate space, so residents can easily measure a vehicle’s torque.

Rest assured there’s plenty of space for human guests too. There’s a separate guest house on the property with an RV hookup, plus a caretaker house and a treehouse. If you need a bit of extra space, the North Fork Road estate also has a building that can either be used to house a tractor or just for storage.

And if skiing is more your speed, it’s not far: Big Sky Resort, a hotspot for slope enthusiasts, is just down the road.

The living room in the main home  Photo: Engel & Völkers