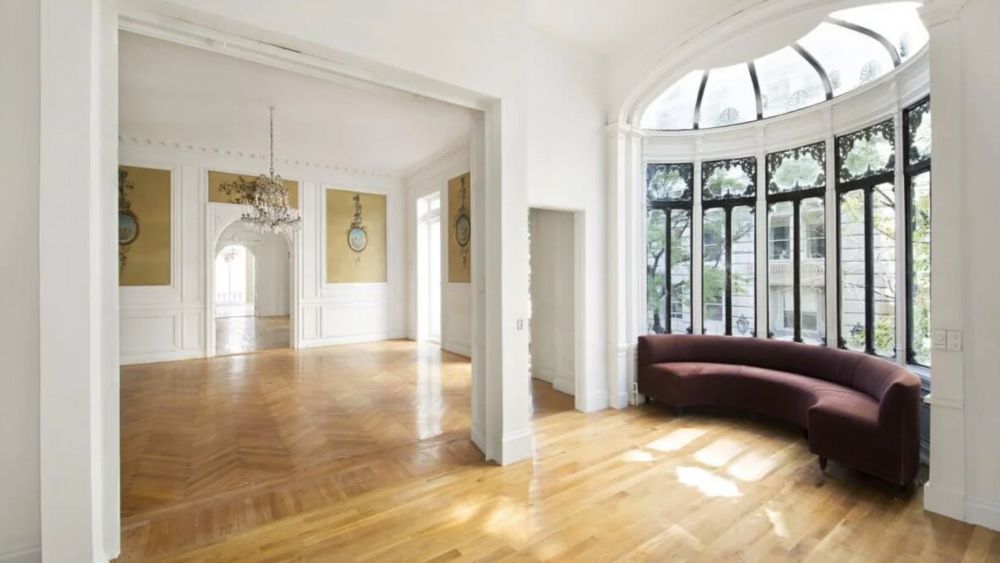 A Big Apple landmark is back on the market and for $80 million, it’s being dubbed the most expensive townhouse in Manhattan. Naturally, the uber-pricey pad is being offered up by none other than billionaire Carlos Slim, formerly the richest man in the world.

The seven-story, Beaux-Arts style building is known as the Benjamin N. Duke House. Sitting across from the Metropolitan Museum of Art on the Upper East Side, it dates back some 120 years—it was originally built between 1899 and 1921 by Welch, Smith & Provot. Today, the palatial property measures a whopping 20,000 square feet and stretches 27 feet along Fifth Ave and 100 feet along 82nd Street. According to the listing, it’s one of the last remaining Central Park-facing mansions in New York City—hence its landmark status.

The lavish abode is best known for its iconic red-brick facade and detailed limestone trim. Internally, you’ll feel as if you’ve been transported back in time to the Gilded Age. Think an excess of marble fireplaces, ornate moldings galore and polished wood floors throughout. There are also soaring high ceilings and super tall windows that make the space feel bright and airy. Of course, a large skylight on the top floor doesn’t hurt, either. Elsewhere, a grand, curved staircase climbs five levels while a separate stairway leads to the roof where you can enjoy panoramic views of the skyline and Central Park. While fit to be a private residence, the listing suggests it could also be turned into a gallery, store or even a museum.

Slim, who holds the title of the wealthiest person in all of Mexico, previously tried to offload his palazzo-esque estate back in May 2015. At the time, he hoisted the townhouse onto the market for the same sky-high price but was unsuccessful in finding a buyer. Clearly, he’s hoping things go a bit differently the second time around.

Jorge Lopez of Compass has the listing.