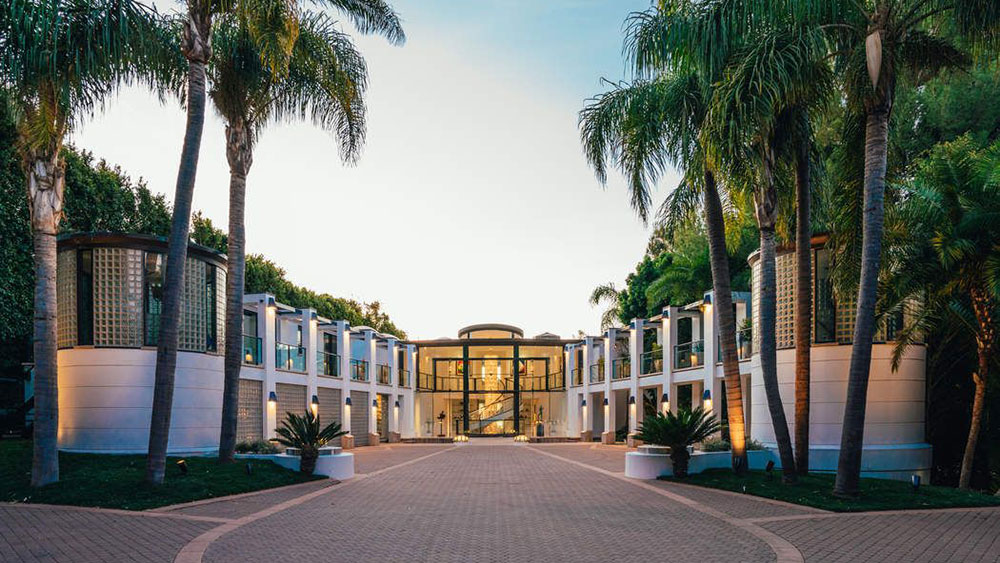 You might want to change the name. Mar de Amor, or Sea of Love, sounds just a little cheesy for a stunning, ultra-modern Malibu oceanfront estate with such an eye-watering sticker price.

If the estate sells for close to its $115 million asking, it would become the fourth most expensive home ever sold in California, and the most expensive in the increasingly off-the-charts Malibu area.

And, believe it or not, the price is not that unrealistic; last year WhatsApp co-founder Jan Koum reportedly paid $100 million for a 14,000-square-foot spread just down the beach. Back in 2018, natural gas billionaire Michael Smith dropped $110 million for an estate in nearby Carbon Beach.

What will likely appeal to buyers is Mar de Amor’s truly breathtaking design. With two separate wings laid out like a wedge and connected by a central entry, the home has architectural panache.

Imposing gates off Pacific Coast Highway lead down an impressively long paved driveway, past a pair of kids’ tree houses and a lighted tennis court, to a large motor courtyard.

The staircase is a centerpiece in the home.  Photo: Alfred Yson for Sotheby's International Realty

The second floor has vast open-plan living areas with seemingly endless floor-to-ceiling windows. There are 12 bedrooms and 14 bathrooms in total, with the master suite clad in white tile and stark-white walls while making the most of its 180-degree ocean views.

The chef’s kitchen is all industrial-grade stainless-steel cabinets and appliances, shiny black stone flooring and a stark-white, Nano Glass, stone-surfaced island. The kitchen even has its own elevator to service the lower-level entertaining areas.

As you’d expect of a money-is-no-object build, the house includes a Hollywood-style, 20-seat movie theater with the latest digital projection and Dolby sound. There’s also a fitness center with premium equipment.

Of course, Saperstein, who sold Metro Networks in 1978 for a reported $1.25 billion, is no stranger to the mega-priced luxury property market. He and his ex-wife Susan built the spectacular, Palace of Versailles-inspired Beverly Hills mega-mansion called Fleur de Lys. After their split in 2014, the ex-Mrs. Saperstein sold it for $102 million.

Then in 2018, Saperstein himself off-loaded his 123-acre equestrian ranch in California’s Simi Valley, known as Hummingbird Nest Ranch, for $33 million.

The master bath has a copper tub.

The beach is right out the door.  Photo: Alfred Yson for Sotheby's International Realty