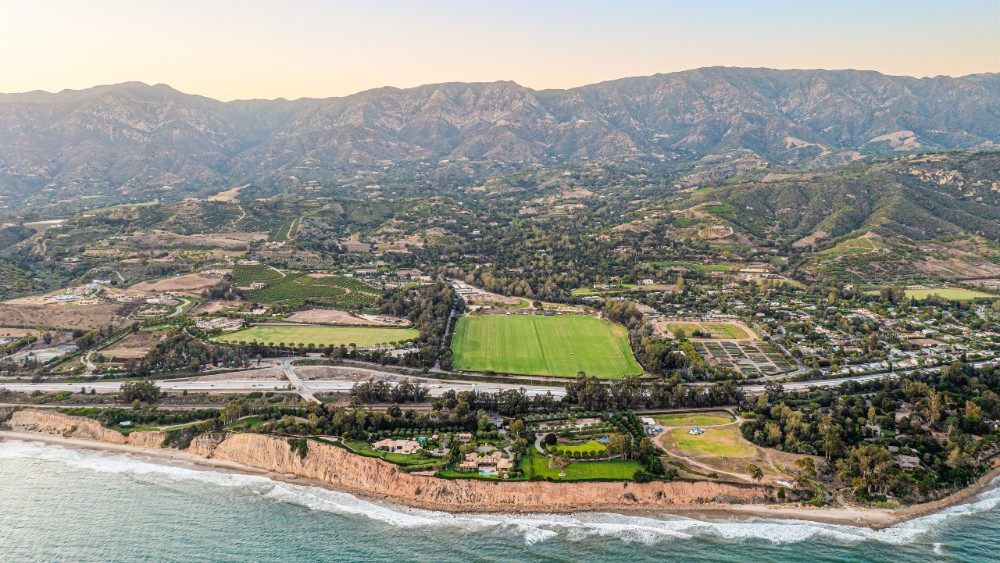 A luxury polo property played on by Prince Harry and star polo player Nacho Figueras? Look no further than this 61-acre estate.

This stunning equestrian property in Carpinteria, a charming seaside town in Santa Barbara County, has just hit the market for $50 million. The owner is professional polo player, philanthropist, and movie producer Sarah Siegel-Magness, who purchased the property in 2017. As for why she is selling, it comes down to wanting to travel the world and share her property with others.

“We play polo all around the world; I call myself a polo vagabond,” owner Sarah Siegel-Magness tells Robb Report. “We have a number of really beautiful properties, and I have a philosophy that one person should not be selfish and keep beautiful places to themselves. I believe multiple people should enjoy multiple properties such as this because it’s not fair to keep it all to just your family. Whenever I sell a property to someone who enjoys it equally as me, it gives me a lot of satisfaction.”

A deck overlooking one of the two polo fields.  Rial Productions

Just minutes from Santa Barbara and Montecito, the property pairs 360-degree ocean and mountain views with five-star luxury equestrian facilities that rival professional polo clubs. The expansive gated property has two polo fields, pristine landscaping, and all of the equestrian accouterments one could need. For example, there are 100 covered horse stalls, with the option to add 30 more, which offer complete protection for the elite horses that train and ride on the property. There is also an Airstream and a modular lounge, both designed with contemporary furnishings and decor, alongside the fields for players to relax in pre- or post-game.

“The Airstream and the decks are great little spots to hangout,” she says. “They are right on the field. We do a lot of barbecuing here, and there’s also a lot to do on the property, like biking, e-biking, games, soccer, four-wheeling, and lots of outdoor activities all the time.”

There are 100 horse stalls.  Rial Productions

There are also tranquil walking and riding trails, some of which lead to the beach, venture into town, or guide you to a neighboring polo field. For committed equestrians seeking even larger facilities, the two included parcels are perfect for adding additional equestrian or polo facilities, as well as a permanent residence. Siegel-Magness and her family, including her husband three children, use the property exclusively for polo purposes and other outdoor pursuits, and there is no residence on property though the next owner can certainly build one.

“Polo is a male-dominated sport, generally speaking, so the rarity of this property is that it has a woman’s touch with the landscaping, which is nice,” she says. “It has a different aesthetic than other polo properties, which can be very utilitarian and ours is not that way.”

The existing structures are designed to have a low environmental impact and use solar power. As Santa Barbara has year-round perfect weather, having your own private polo field and equestrian facilities are very beneficial, as the local polo club closes for the season in October. This means committed players can train and play year-round.

“It’s a beach-lover and a horse-lover’s dream,” Siegel-Magness says. “It is rare, if not impossible, to be able to play polo so close to the ocean, as well as have mountain views. We also really put a lot of creativity and time into making sure that we have lots of native vegetation. I’m a big flower person, and I’m careful about water usage. We put in beautiful plants and pretty much every part of the property, you’ll see color.”

The gated property has immaculate landscaping and high-end luxury facilities for an aesthetic and comfortable place for players and bystanders to enjoy. It’s even up to Prince Harry’s standards; Siegel-Magness is a former teammate of Prince Harry’s, and several well-known polo players, like Nacho Figueras, have either visited the grounds or played on the field.

“Prince Harry and Nacho have played here many, many times,” she says. “We also have a lot of celebrities in Montecito, so sometimes we get friends of our celebrity friends who are also big celebs to come stop by and watch.”

She and her husband are founders of Smokewood Entertainment, which produced the Oscar-nominated film Precious. They are known for producing social justice-minded and thought-provoking films. The couple are also well-known philanthropists, who co-founded the Fresh Air Fund’s Precious Center for Teen Leadership, and are polo patrons in the U.S. and Mexico.

“People who visit here are really happy, and it has a really good vibe,” she says.

The property is co-listed by Fred Dapp and Christian Name.

An aerial view of the property.  Rial Productions

A living room within the modular structure. overlooking the field.  Rial Productions

Many animals live on the property.  Rial Productions