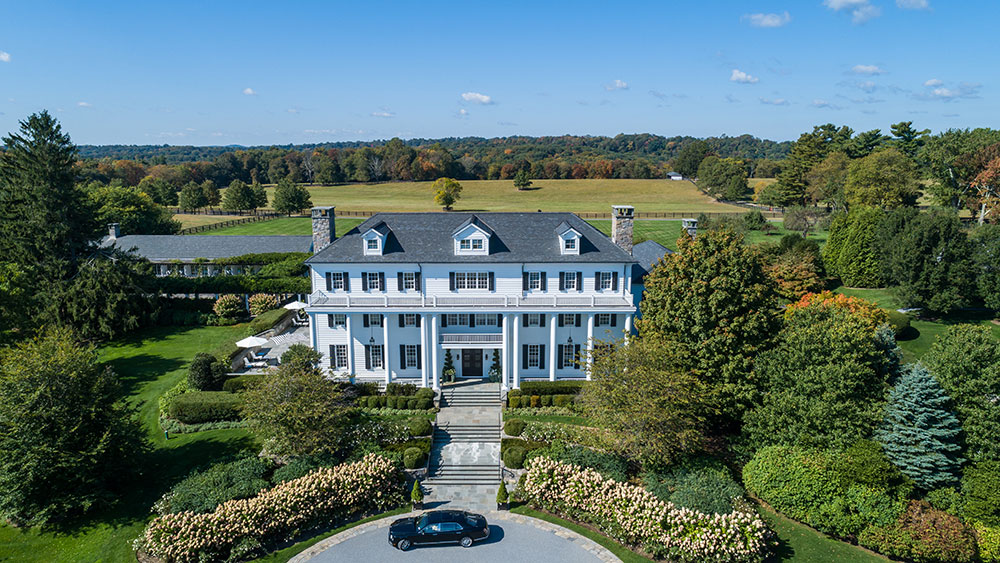 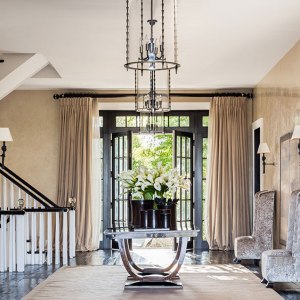 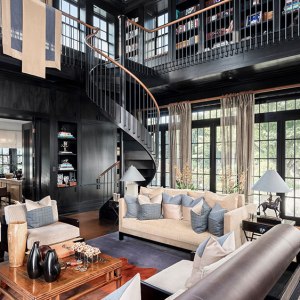 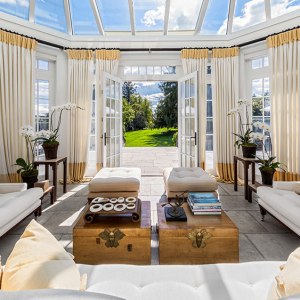 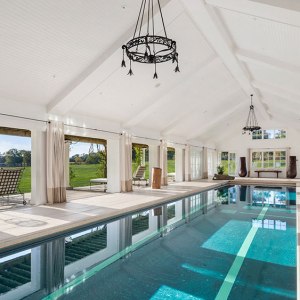 No, Calvin Klein co-founder and accomplished racehorse breeder Barry K. Schwartz, is looking for a nice, round $100 million for his vast equestrian estate in Westchester County, NY.

Covering more than 740 acres, Stonewall Farm is a horse-lover’s paradise. It comes with three huge barns with stalls for 88 steeds, a turf racetrack, miles of riding trails, training rings, fenced paddocks and all just an hour from the Belmont track.

If Schwartz, 77, gets anywhere close to his asking price, it should result in quite a payday.

The son of a Bronx grocer who helped his childhood friend Calvin Klein start his fashion empire back in 1968 with a $10,000 loan, Schwartz bought the main 673-acre parcel of land in 1979 for just $3.25 million.

In addition to acquiring an another 67 acres, he and his wife Sheryl built a stunning 24,000-square-feet Colonial plantation-style mansion, augmented by a 4,000-square-foot pool house with a 60-foot swimming pool, plus a guest house, eight staff residences and a caretaker’s cottage.

“A world away from the hustle of the city, yet within an hour of Manhattan, this property is undoubtedly the most significant equestrian estate in Westchester and, quite possible in the entire New York tri-state area,” says Kathleen Coumou of Christie’s International, who with Andrew Emery, hold the listing.

Designed in 2004 by New York-based architect Rebecca Rasmussen, the four-story, 30-room residence has an elegant, white-clapboard facade and a slate roof repurposed from the Yale Divinity School, in New Haven.

Grand steps from a circular motor court—sadly the regal Bentley Mulsanne in the photos is not included in the listing—lead to the home’s elegant double-door entrance.

The classic, yet contemporary interior is the work of celebrated British interior designer Kelly Hoppen. She worked the home’s easy-going layout to create a first floor that feels poised with its high-ceilinged rooms and floor-to-ceiling windows.

Beyond the formal dining room and reception, one of the highlights is the stunning sunroom with its arched glass ceiling and French doors that open on to a bluestone terrace.

That, and the quite spectacular, two-story library with its spiral staircase, dark wood paneling and saddle-leather floor tiles.

Stairs lead down to a lower-level wine cellar with a cave-like arched roof, which can house more than 2,200 bottles. Japanese-style doors lead to a spacious tasting room featuring a wall of Japanese scripts.

There are eight spacious ensuite bedrooms on the upper floors, with the third-floor master suite billed in the listing as “an expansive private sanctuary, Zen-like in its symmetry and tranquility.” It’s really not hyperbole. The huge space features a Japanese-inspired indoor garden and limestone bathroom with an enormous stone-and-wood soaking tub.

Outside, the home’s formal gardens are the work of acclaimed landscape architect Edmund D. Hollander and include a Japanese garden with koi pond and butterfly house.

A few steps away along a covered walkway is that magnificent pitched-roof pool house. Rows of French doors fold open to the gardens on one side and paddocks on the other, while whimsical features include a pair of circa-1926 French chandeliers above the pool and a stone fireplace.

In addition to being CEO and co-founder of Calvin Klein—he and Klein sold the fashion empire to shirtmaker Philips-Van Heusen in 2003 in a deal worth an estimated $730 million—Schwartz has been a major force in the equestrian world.

Since buying their first racehorse in 1979, he and his wife have bred or raced some 65 thoroughbreds, several of which have run in the Kentucky Derby and the Breeders’ Cup.

Seems the couple has decided to sell the farm because they’re not spending as much time at the property as they used to.

These days they reportedly split their time between their 8,000-square-foot, $12.5 million oceanfront compound in Santa Barbara and enjoying the racing season in Saratoga, NY.

As for the sale of Stonewall Farm, we expect no horse-trading will be entertained.