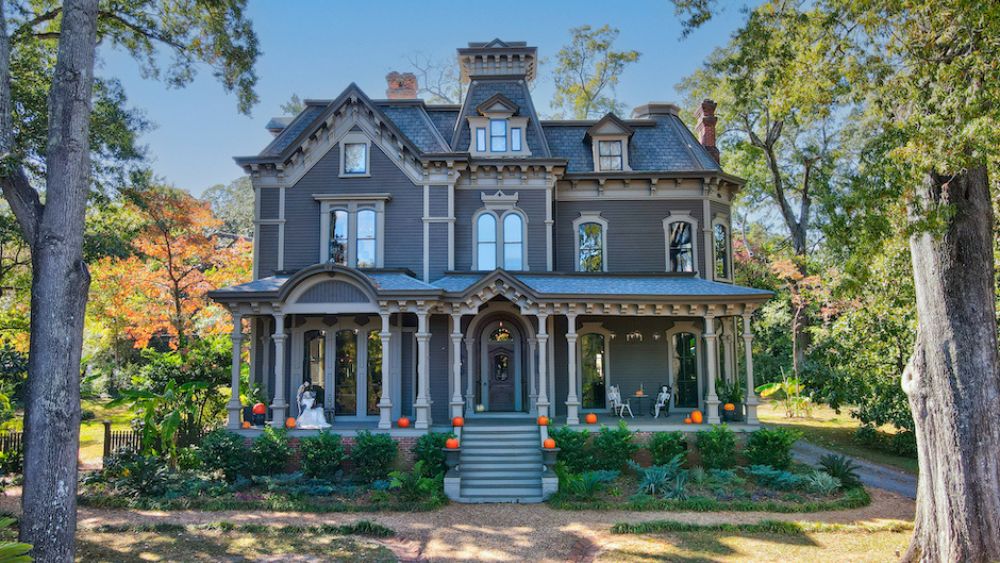 All evil must have a home, right?

While there isn’t much to envy about Victor Creel’s nightmarish storyline in season four of Stranger Things, the Gothic Victorian mansion his family moved into was admittedly quite the stunner before, you know, all the alleged murders. Now, the real-life residence that played Creel’s creepy abode (and also doubled as Vecna’s villainous lair) is on the market in Rome, Georgia—not the fictional town of Hawkins, Indiana.

Built in 1882 by Colonel Hamilton Yancey, listing agent Jeb Arp of Toles, Temple & Wright, Inc. tells Mansion Global that the property is “locally known as the Claremont House because of a bed-and-breakfast that operated there for many years.” According to public records, it was later sold as a private home in 2019 for $350,000. Today, after its many onscreen appearances, the 6,000-square-foot spread is being offered up for $1.5 million. Although, no word on its history as a portal to the Upside Down.

“Seeing the home transformed not once, but twice throughout the course of filming was exciting for our town. Not only will the next owners be buying a piece of history, but a piece of pop culture as well,” Arp tells the listing site. Despite a menacing makeover during production, the century-old manor has been thoughtfully restored and comprises seven bedrooms and seven bathrooms.

Inside, you’ll find original design features such as built-in bookshelves, a custom buffet, an antique wall safe and even a cast-iron urinal. Thankfully, there’s not a grandfather clock in sight. However, there is a detached guesthouse that sits directly behind—in the event you need a place to hide from any encounters.

The kitchen has been totally redone and now features all-new appliances, custom cabinets, a black marble island and a walk-in pantry. Nearby is the formal dining room, complete with a wet bar. It’s also the spot in the sci-fi series where we saw Creel’s wife, Victoria, get gruesomely murdered.

Of course, the most famous filming location of all is the home’s attic—aka Vecna’s lair. The listing notes that this space is unfinished and that “a single exterminator has since relocated the previous resident of the third floor.” Or so they think.

Click here to see all the photos of the real-life Creel House from Stranger Things.