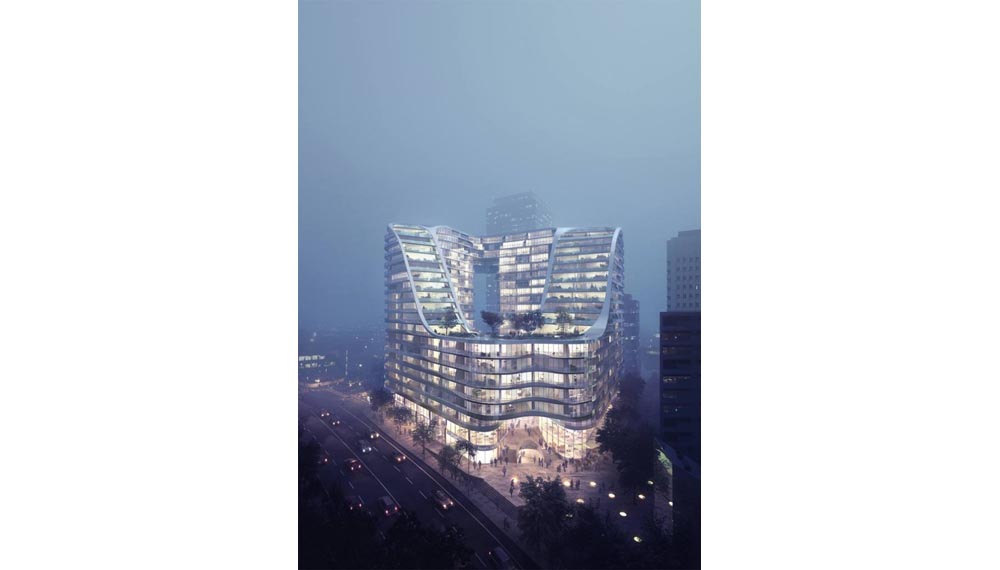 Designed by Koichi Takada Architects, the building’s curved form provides a smooth transition to the plaza and public domain spaces.

“Our Green Square site is a unique opportunity for Crown Group to create a world-class development with architectural significance,” Mr Sunito said.

“The project draws on Crown Group’s 18 years’ experience developing residential property in Sydney and will showcase the world’s best in innovative residential design.

“It will be a landmark building within the new Green Square Town Centre.”

Located at 301-303 Botany Road, a short distance from Green Square train station, Crown Group’s project is located within the new Green Square town centre, a major new residential, retail and cultural hub — which sits at the heart of a broader $8 billion redevelopment of Green Square.

“There are very few distinguishing buildings which proclaim one of Sydney’s most ambitious town centre initiatives, and while this project is still taking place it is clear this development will do just that,” Mr Rose said.

“The proposed form of the building is principally based on retaining solar access to the Green Square Plaza and library, along with an internal public courtyard which forms an open-air dining precinct.

The Awards acknowledge the best in urban development across NSW and the ACT and winners are selected for their standout commitment to excellence in their category.

The Judges commended Crown Group for blending a residential building with the enhancement of public spaces and providing the much-needed iconic structure to create one of Sydney’s most important centers.

With construction proposed to commence in early 2015, the development aims to deliver a vibrant building and ground-floor zone where residents can shop, eat, play, live and relax, Crown Group CEO Iwan Sunito said.

“The design incorporates a unique curved form and will feature the five-star resort style facilities for which Crown has become renowned,” Mr Sunito added.

The company was co-founded by architect Mr Iwan Sunito and engineer Mr Paul Sathio in 1996.

Iwan Sunito graduated with Bachelor of Architecture (Hons) and Master of Construction of Management from University of NSW. In 1993 Iwan became a Registered Architect in NSW and was awarded the UNSW Eric Daniels award for excellence in residential design.

Top Ryde City Living was also named best High-Density Development in NSW and ACT at the UDIA NSW awards for excellence 2013 and a Master Builders Association Excellence in Housing award 2013.