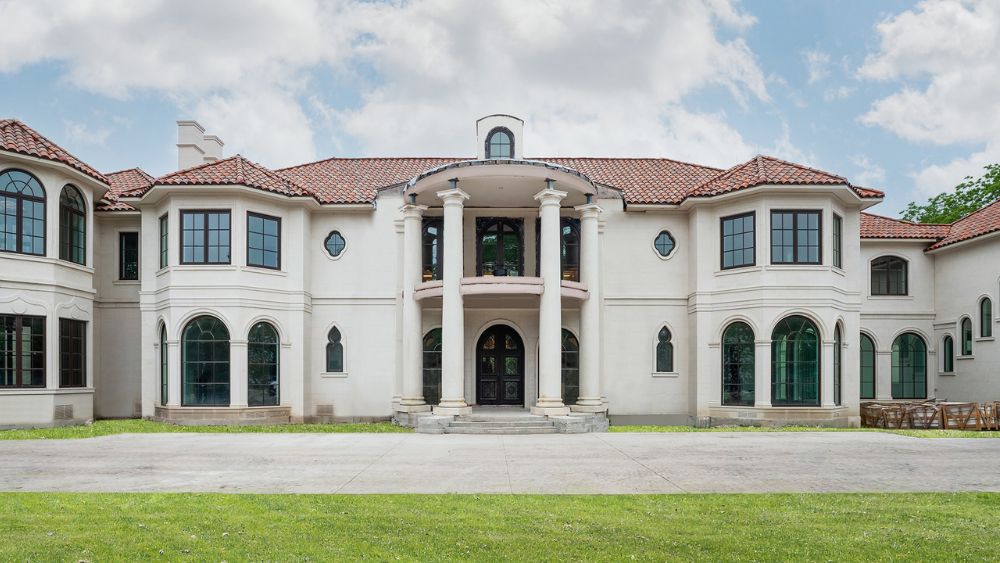 Everything’s bigger in Texas, including this palatial home in University Park and its lofty price tag.

A Dallas mega-mansion years in the making has finally come onto the market and it’s primed to be the most expensive listing in town. The lavish, European-inspired estate is asking a whopping $43 million and was reportedly custom built by real estate investor and homeowner, Christy Thompson. The chateau-esque structure has six bedrooms and 11 bathrooms—none of which are alike.

“We’re four years in and ready to be finished, with final details expected to be completed in the fall. We’re 98 percent finished inside,” listing agent Diane Stewart of Allie Beth Allman and Associates tells Mansion Global. Construction on the nearly two-acre property started back in 2018, spearheaded by architect Richard Drummond Davis. Set in the uber-exclusive Volk Estates neighborhood, the striking three-floor residence is spectacularly intricate, and built with materials from all over, such as African mahogany, exotic Brazilian quartzite and Bulgarian limestone.

The foyer has been outfitted with black-and-white panda marble.  Stephen Reed Photography

The Texas stunner makes a grand first impression with an oversized foyer that’s clad with waves of black-and-white panda marble. The entry also shows off a set of floating double staircases and an enormous, albeit extravagant, glass chandelier. Elsewhere on the first floor are a gourmet chef’s kitchen with Azul Macabus countertops and a library that’s been outfitted with custom mahogany bookshelves. You’ll also find living and dining areas, a wine room, home theater and yoga room for your social pursuits, in addition to a great room. The latter has a floor-to-ceiling fireplace and soaring two-story ceiling.

One of two primary suites can be found on the first level, complete with its own entrance and garage. Directly above is the second main bedroom. Beyond its well-appointed interiors, the Dallas dwelling also comes with a heated gunite pool, elevator, sauna, spa and a sprawling garage with eight electric charging ports.

All things considered, if you’ve got $43 million to burn, this trophy mega-home seems like a great deal.

Click here to see all the photos of this Dallas mansion.