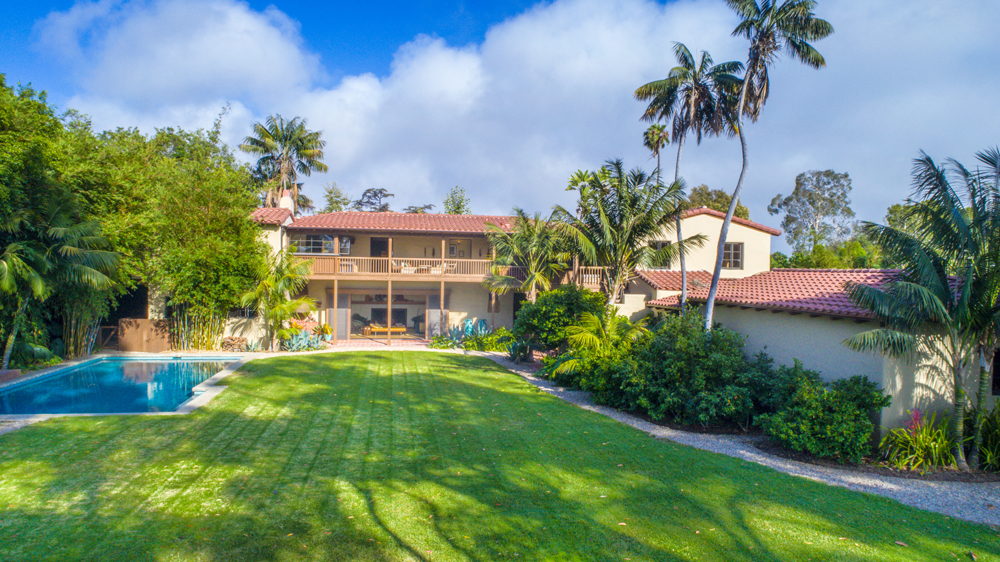 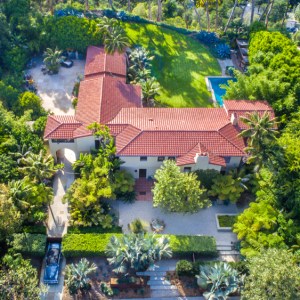 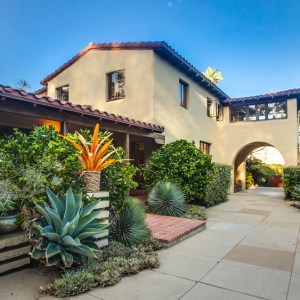 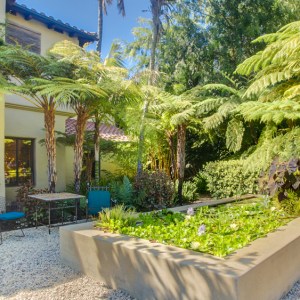 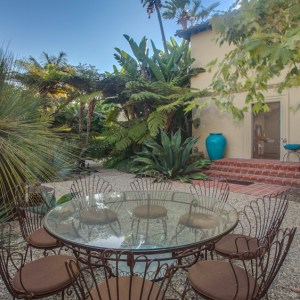 A Southern California hacienda that dates back to Hollywood’s Golden Age is now on the market for $19.5 million.

Nestled above a sweeping canyon and the Santa Monica Mountains in Pacific Palisades, the 33,000-square-foot home was built in 1933 by architect John Byers, who popularized early California colonial architecture in the 1920s and ’30s. He utilized adobe construction methods (pitched ceilings, stucco exteriors, and multiple courtyards) native to the Hispanic inhabitants of the area when designing the property.

The five-bedroom estate at 719 Amalfi Drive was formerly owned by environmentalist and Oscar-nominated actor Eddie Albert, who was nominated for his performance alongside Audrey Hepburn and Gregory Peck in 1954’s Roman Holiday and the 1972 film The Heartbreak Kid. He reportedly maintained the property impeccably during the 50 years he resided there, hosting, entertaining, and raising his children in the comfort of the estate until his passing in 2005.

The man who continues the property’s legacy is current owner Jay Griffith, a self-appointed style monger and Los Angeles–based landscape designer to the stars (he has worked closely with Brad Pitt and Cameron Diaz). Known for his quixotic approach to gardening by combining site-specific plants with found objects, Griffith has applied his imaginative approach throughout the home. The estate’s timeless ambiance caught Griffith’s eye when he saw the property 12 years ago; without his intervention, the home would likely have been considered a teardown and replaced by a modern spec home like many others in the evolving neighborhood.

Looking into the living room from the yard  Photo: Courtesy Luke Gibson

Massive aloe vera plants and towering hedges in the yard give way to the home’s interiors, which are laden with sumptuous yet modest details—a deep-set fireplace dominating the entirety of the living room’s back wall, a dressing room made of Honduran mahogany, and a French alabaster fireplace in the master bedroom. Peg-and-groove oak floors with exposed wood walls soften the interior, while steel-framed windows open to the verdant landscaping and serve as the home’s temperature control, since there is no heating and cooling system.

Griffith has clearly embraced the authenticity of the decades-old home. In fact, the newest addition seems to be the Sub-Zero refrigerator in the bare-bones kitchen, where ceramic tableware is displayed on open shelves and an original stove is still used.

The three bedrooms upstairs are all en suite and are connected on the second floor by a spacious balcony. The multilevel master has original his-and-her showers encased by Art Deco glass cubes, a marble fireplace, a retro spherical marble table, and shag pillows adding an infusion of the 1960s. A room off the western wing has an office space soaked in sunlight with wraparound windows overlooking a courtyard.

No mansion in the 1930s would be complete without its own cantina; Griffith has integrated stainless-steel sculptures and a neon bar sign next to the peeling vintage bull-fighting posters on the wall by the bar. The smell of worn books drowns out any scent of liquor, and the low ceilings accompanied by the plush, shallow furniture create a forced perspective that makes one feel eternally cozy. A well-sized dining room is dominated by a golden rams head holding up an enormous slab of polished wood (a gift from Brad Pitt), a glamorous silver tea set (a Griffith family heirloom), and a rusted Coke-machine-turned-bar.

The home has become a resting place for Hollywood relics: The large-scale teal urn in the entryway was from the set of Casablanca, and an outdoor glass table from Frank Sinatra’s home adorns the gravel-laid front courtyard. Lauren Bacall’s face is printed on a ceiling-high partition, and a replica of Jackie Onassis’s pearl necklace can be found in a drawer upstairs. Griffith has also lined the home with Old World literature, an oversized chess set, stacks of vintage cigarette cases, and pearl-inlaid Moroccan furniture from Paris.

Beyond the living room framed by sliding glass doors is the manicured lawn surrounded by what at first appears to be overgrown foliage. In reality, it’s very thoughtfully placed greenery set against a massive concrete heated pool with a naturally flowing integrated water feature. Fig and clementine trees make up a small orchard near the three-car garage and small barn, where a goat and a miniature horse currently reside.

Past the pool and lawn is a 200-foot lookout revealing an expanse of land beyond the swaying eucalyptus trees, curvy canyon, and mountains doused in California’s golden light, with absolutely no obstruction from surrounding homes. An outdoor barbecue and kitchen adorn a hidden patio, and original bricks line the alfresco lounging areas.

The past has been preserved in this humble abode, offering a rare refuge from modern distractions. There are no televisions, whirring AC units, or news programs playing—just the sound of trickling fountains bursting with flora, ushering guests back to a simpler and more carefree era.

The historic property is listed for $19.5 million by Fran Flanagan of Coldwell Banker Luxury and Brett Lawyer of Hilton & Hyland.