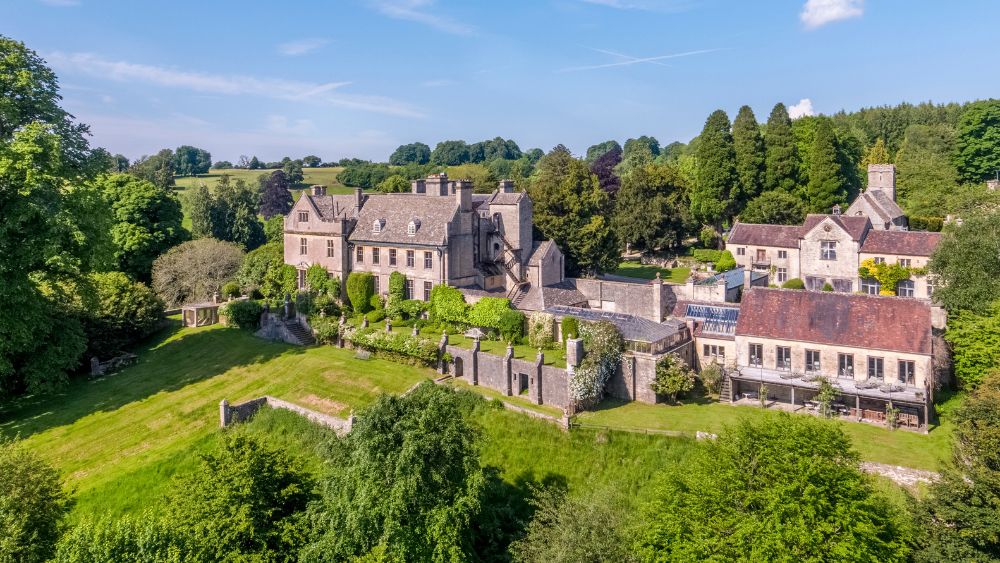 If you’ve ever wanted to be the Lord or Lady of your very own manor, then you’ll feel right at home inside this English country estate.

Dubbed Edgeworth Manor, the Grade II-listed property is set on 56 sprawling acres in the picturesque Cotswolds. Surrounded by sweeping lawns and lush Victorian gardens, the oldest part of the country house dates back to 1686 and takes its name from the idyllic wooded valley it overlooks. Now listed for a cool £20 million ($24 million) with Savills and Knight Frank, the stately Manor comprises nine bedrooms, six bathrooms and a whopping 19,494 square feet of living space.

“A magnificent Grade II-listed manor house in a truly magical setting, Edgeworth has to be one of the finest Cotswolds homes to come to market in many years,” says Ed Sugden, director of Savills country department, in a statement. “The present owner has created a family home that is beautifully appointed, warm and inviting as well as providing the ability to entertain on a grand scale. The combination of stunning architecture, the very best amenities and prime location is something that is really quite rare to find.”

Originally owned by the de Lacy family, Edgeworth Manor was granted to Cecily de Lacy following her marriage to Roger of Gloucester, Earl of Hereford. The palatial estate remained intact until halfway through the 20th century, with a number of additions occurring later on. The current home features an indoor swimming pool, a greenhouse, cinema and a game room. The rolling grounds also offer a chapel and a greenhouse dedicated to growing oranges, in addition to a coach house, lodge and cottage. Oh, and consider the helipad an added perk.

“The manor itself dates from 1686 and has been meticulously, yet sympathetically, restored by the current owners to preserve the home’s period features which surprise and delight–including its ornately carved ceilings and fireplaces,” adds Bruce Tolmie-Thomson, National Prime Country Sales & Private Office, at Knight Frank. “The dining room provides an atmospheric and dramatic space to entertain, with a barreled ceiling depicting the four British nations, 17th-century paneling and a stone fireplace with an exquisitely carved Elizabethan over the mantle.”

Elsewhere, you’ll find hand-painted stenciling and honey-colored stone countertops that create a cozy vibe in the kitchen. Other elements of note include bright stone mullioned windows, detailed moldings and ancient oak flooring throughout. On the first floor is the primary suite which has been decked out with dual en suite bathrooms, a dressing room and a massive walk-in closet. “This is one of the best-presented properties I have seen in my career, a true rarity which no doubt will receive significant interest from both domestic and overseas parties,” says Tolmie-Thomson.

Click here to see all the photos of Edgeworth Manor.