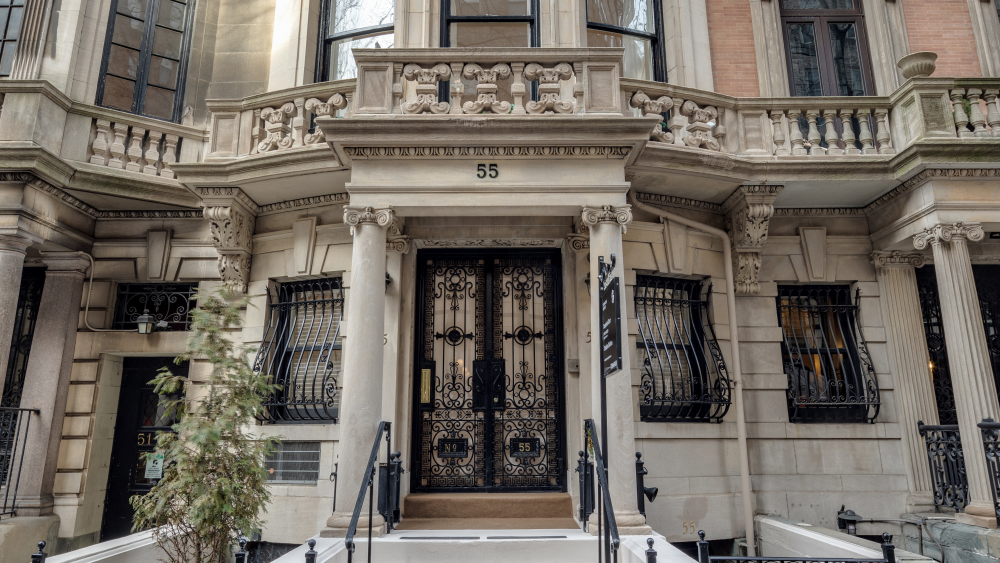 These days, homes with old bones on the Upper East Side are in high demand. More so if they’re the former digs of a prominent New York City resident. That’s the story with this listing on East 75th Street, which dates back to the late 19th century and was once the home of First Lady Eleanor Roosevelt. Yours for $16 million.

It’s one of a few residences that Roosevelt called home during her lifetime. She lived in a different UES home between 1953 and 1958, and she had a cottage upstate, in Hyde Park, that she would frequently decamp to. Roosevelt lived on the bottom floor of this particular townhouse from 1959 until her death in 1962. (She also spent many years—the longest tenure of any First Lady, in fact—at the White House, but that’s not for sale.)

Roosevelt used the residence as both a quiet retreat for writing and a grand space for entertaining. She regularly penned her syndicated newspaper column, “My Day,” from a desk here that overlooked the street. The home hosted notable guests like John F. Kennedy and Leonard Bernstein.

The living room, which has a marble fireplace and bowed floor-to-ceiling windows.  Compass

The home was originally designed by architects Albert Buchman and Gustav Deisler in 1898 and remains one of only eight limestone townhouses that the notable duo built. The 8,500-square-foot property has been significantly renovated in recent years, so it’s by no means stuck in the past in terms of technology or amenities.

Altogether, the townhouse has six bedrooms, five-and-a-half baths and five floors. The parlor has  12-foot ceilings, creating an expansive and grand space for entertaining guests. Outdoors, it has both a backyard garden and a rooftop deck—the latter enjoys exceptional views of the city surrounding. Bedrooms are located on the third, fourth and fifth floors, with the primary suite taking up a full floor all on its own.

Ideal for both writing and partying, it’s a home marked by rich history. Plus, being this close to Central Park never hurts.

Check out more photos of the East 74th Street address, below:

One of the bedrooms.  Compass

Howie Mandel Once Owned This Malibu Mansion With a Private Beach. It Just Listed for $21.5 Million.