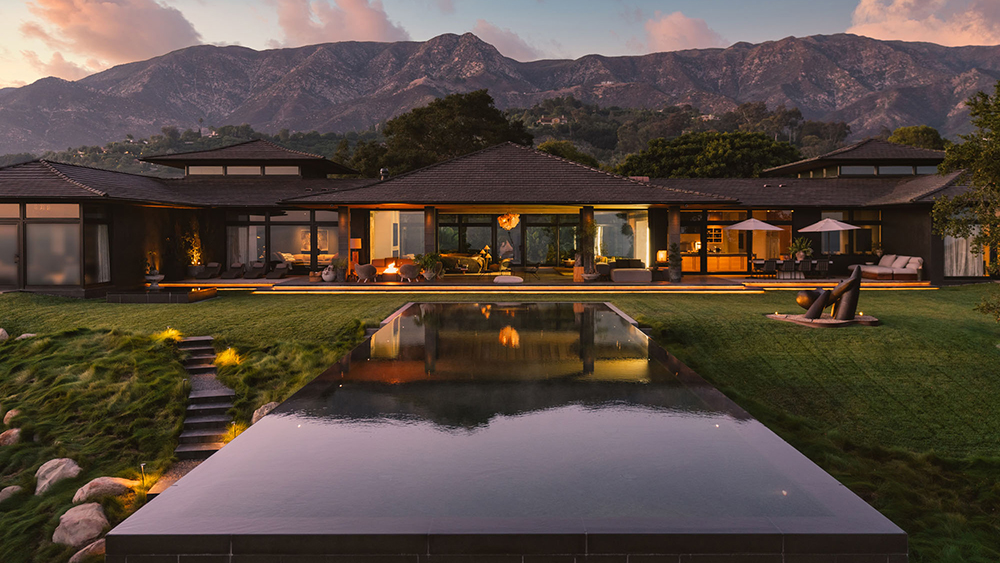 In the couple’s latest house flip, Ellen DeGeneres and Portia de Rossi are parting ways with their Santa Barbara compound and listing it for $40 million. According to property records, the couple purchased the home for $27 million just last year.

Dubbed Salt Hill, the estate sits on the coast in the tony hamlet of Montecito and enjoys spectacular ocean views. It’s not just one big, hulking mansion either—the property’s 10,700 square feet is spread out across four different structures. The main house is of course the largest at just over 8,000 square feet, but there’s also a guest house, fitness cabana and security office—which you could easily repurpose into a home office—on site. (Bonus: There’s a pickleball court on the grounds.)

The compound was designed to resemble a Balinese retreat. Each of the residences have thatched roofs and finishes are primarily warm wood and dark stone. DeGeneres and de Rossi significantly expanded upon the nine-bathroom, four-bedroom property when they purchased it, adding a few more land parcels to the mix so that it now totals nine acres.

According to Variety, the home was originally custom-built for entrepreneurs Marsha and Jay Glazer. The duo are big art collectors, with pieces from Roy Lichtenstein, Jasper Johns and David Hockney among their many acquisitions.

Salt Hill maintains some of that artistic spirit, albeit with fewer priceless paintings hanging from the walls. The main living area has glass walls that perfectly frame the infinity pool and look out on the ocean, complete with a sculptural chandelier from Spanish designer Nacho Carbonell suspended from above. Indoor-outdoor moments like this exist throughout the compound’s various structures, with glass walls and sliding doors frequently opening up onto out-of-doors entertainment spaces.

One of the outdoor entertaining areas  Riskin Partners Estate Group

Salt Hill isn’t the talk show host and Arrested Development star’s only address; they have a Beverly Hills home in their portfolio that they purchased from Maroon 5 frontman Adam Levine last year for $45 million. Given their consistent track record for flipping, it may not be long before they’ve sold that mansion for a tidy profit as well.

Check out more photos of the paradisal digs below:

An aerial view of the compound  Riskin Partners Estate Group