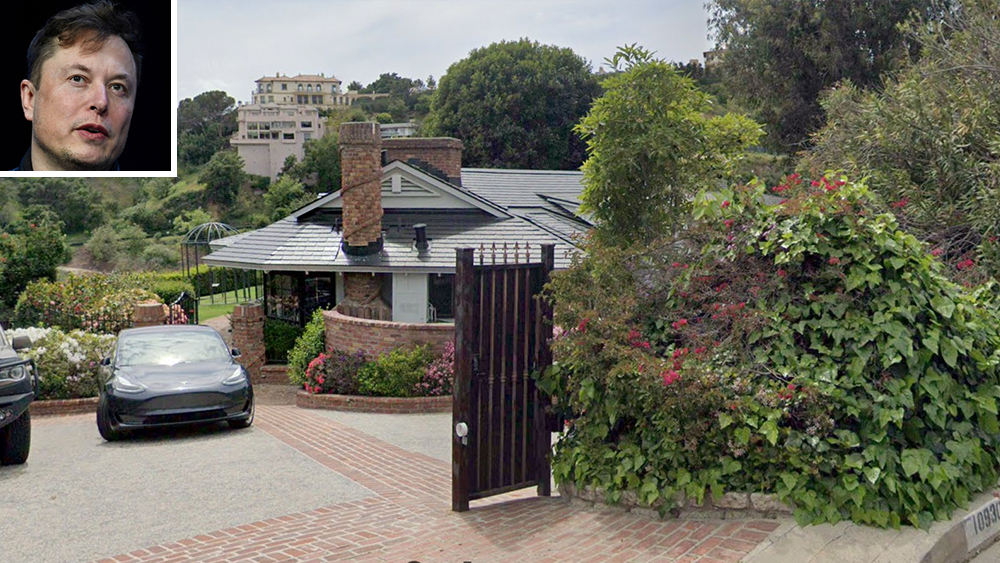 ICYMI, Elon Musk is selling off his worldly possessions—at least, according to his Twitter feed.

On Friday, the Tesla and SpaceX CEO tweeted, “I am selling almost all physical possessions. Will own no house.” While we can’t say for sure how much of the former is true, Musk seems to be making good on the latter, as two of his Bel Air mansions have just been listed for a combined $40 million.

The two homes are 10911 and 10930 Chalon Road, and are just a five-minute walk from one another. 10930 is the smaller of the two and is currently listed for $9.5 million on Zillow. Musk bought the home for $6.75 million in 2013, according to property records. He reportedly used it as a private schoolhouse for his children, telling Vogue in a 2015 interview that it was, “like a little schoolhouse on the prairie, except in Bel-Air on a golf course.”

The billionaire did have a special request for this property, though, as per his Twitter: “Just one stipulation on sale: I own Gene Wilder’s old house. It cannot be torn down or lose any [of] its soul.” The home was in fact owned by Wilder, who is perhaps best known for playing the titular Willy Wonka in the 1971 Willy Wonka and the Chocolate Factory. Wilder sold the five-bedroom ranch house in 2007 for $2.7 million.

The other house that Musk is listing, 10911 Chalon Road, is a much more palatial residence, with a two-story library, theater, gym, wine cellar and tennis court. The 16,250-square-foot package is asking $30 million. Musk bought it in 2012 for $17 million, as per property records.

Time will tell how much further Musk will go to fulfill his pledge, as he’ll have to sell a pretty hefty real estate portfolio to make it happen. In the neighborhood of these two Chalon Road listings alone, the billionaire has three other homes: a ranch house he bought for $20 million in 2015, an unfinished mansion that he snapped up for $24.25 million in 2016 and a $4.2 million colonial-style home.

For all the mystery surrounding Musk’s latest proclamation, one thing is clear: He isn’t selling his homes because he’s hurting financially. The billionaire is currently closing in on a $750 million payout as part of an agreement established in his Tesla compensation package. Where will all that money end up? It won’t be spent on more real estate, if you believe his Twitter feed: “Don’t need the cash. Devoting myself to Mars and Earth. Possession just weigh[s] you down.” Hey, he would know.