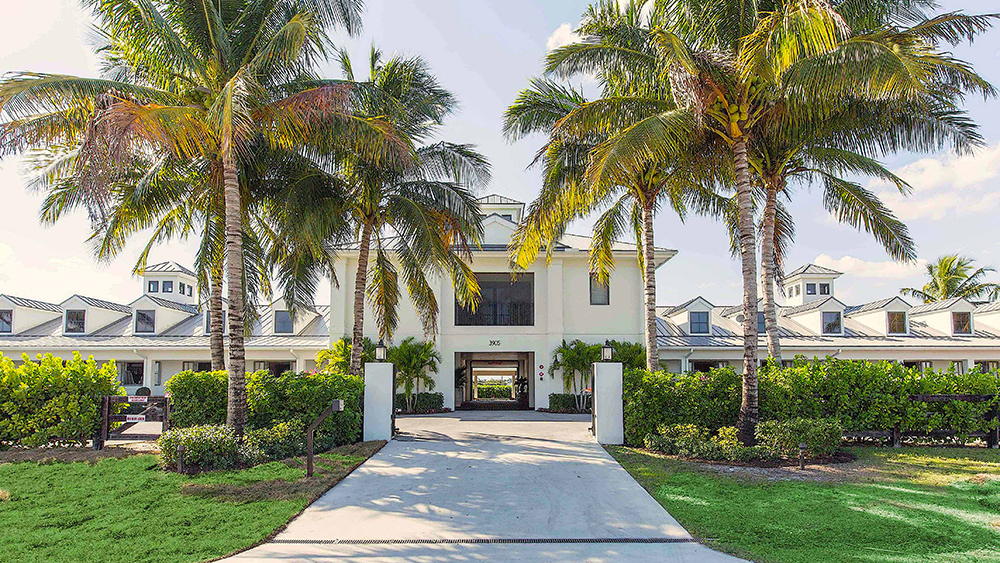 It’s clear who the star residents of this Florida property are meant to be: There are stalls for 20 equine occupants, but just two bedrooms for the human ones.

But the owner has now decided to auction off the prestigious estate through Concierge Auctions, with a reserve of just $5.3 million. Online bidding runs from May 19 through 22.

As every horse lover knows, Wellington is the winter equestrian capital of the world.

From January through April, an estimated 2,500 riders and 7,500 horses descend on this normally sleepy Florida enclave for the celebrated Winter Equestrian Festival, or WEF.

“The property is in a prime location for anyone wanting to train or compete in dressage, show jumping or polo. It combines the best of both equestrian luxury and proximity to Palm Beach and Miami and all they have to offer,” says Laas.

The four-acre property’s highlight is without doubt its huge, covered 220-foot by 90-foot all-weather riding ring. It features an entire mirrored wall at one end to fine-tune a rider’s technique.

Close by is that 20-stall barn that comes with two air-conditioned tack rooms, a pair of cooled feed rooms and four wash stalls. Each stall has its own security camera, fly-spray system and fans.

“The covered riding ring really is a major plus for this estate. It allows riders to train all year round—even in the Florida summer,” says Laas.

Also on the estate, built in 2014, is a 2,400-square-foot, two-story home with two bedrooms and four bathrooms, with a vast open-plan living area on the second floor.

The barn has everything a thoroughbred needs.  Photo: Courtesy Concierge Auctions

Laas describes the home more as “an owner’s lounge” where a family can relax when not riding. There’s a newly-installed kitchen with industrial-grade Thermador gas range, hardwood floors throughout, and large windows that open out on to an expansive terrace with views of the riding arena.

Take the elevator down to the lower level and there’s a large office with kitchen, an additional riders’ kitchen and bathroom, tack room, laundry and a stable manager’s office. A separate building houses a two-bed, two-bath caretaker’s or grooms’ quarters.

“While the house could easily be converted into more much more luxurious accommodations,” Laas says,  “an owner of a property like this would typically own a main residence in the Palm Beach area.”

Then in 2018, singer and long-time Palm Beach resident Billy Joel paid $3.6 million for a Wellington horse ranch so his wife Alexis could be closer to the competitive equestrian action.

“Anyone buying this property will certainly have the luxury of having plenty of time to get ready for the 2021 season,” adds Travis Laas.

The home has its own tack room.  Photo: Courtesy Concierge Auctions

The stalls have a view of the training ring.  Photo: Courtesy Concierge Auctions

An aerial view of the property.  Photo: Courtesy Concierge Auctions