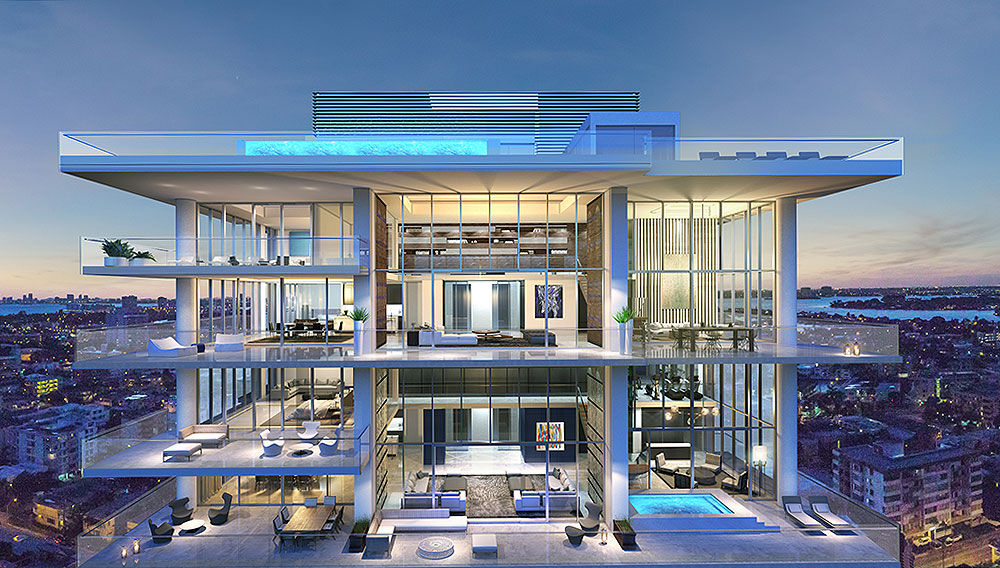 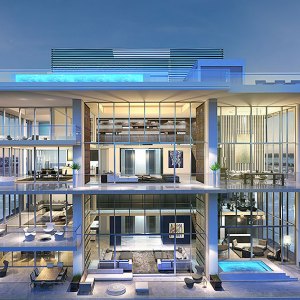 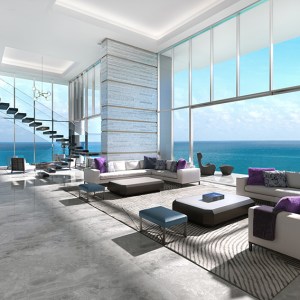 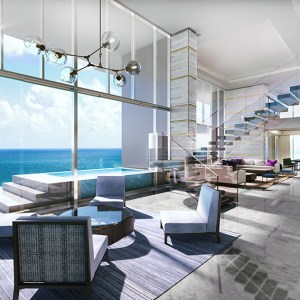 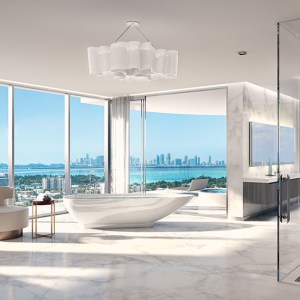 Last year, interior designer Holly Hunt told The Wall Street Journal, “There’s nothing worse than drywall and carpet. You need wood, stone, metal, and plaster.” Expect much of the latter in Hunt’s first residential development. L’Atelier Miami Beach broke ground on November 20 with plans to build an oceanfront 18-story tower atop the Golden Sands Hotel’s midcentury facade. Its $25 million penthouse went on sale December 2, and the project is scheduled for completion in 2017.

Among 22 total residences—all with wall-to-wall ocean views, outdoor Whirlpool Spas, and at least 10-foot ceilings—each penthouse measures 8,000 square feet plus outdoor terraces and rooftop patios that nearly double the living space. White marble will begin indoors and continue outside, where there will be a 40-foot infinity-edge pool. The split-level, six-bedroom, 6.5-bathroom units will be equipped with Poliform kitchens and Gaggenau appliances. Smaller units, priced from $4.3 million, are either three or four bedrooms on a full or a half floor. A private beach area, poolside cabanas, gardens, a spa, a gym, and a library are listed among L’Atelier’s future amenities, although living among Hunt’s sophisticated aesthetic will no doubt be one of the tower’s biggest selling points. (Inquiries: Alan Araujo, 305.985.6400; lateliermiamibeach.com)