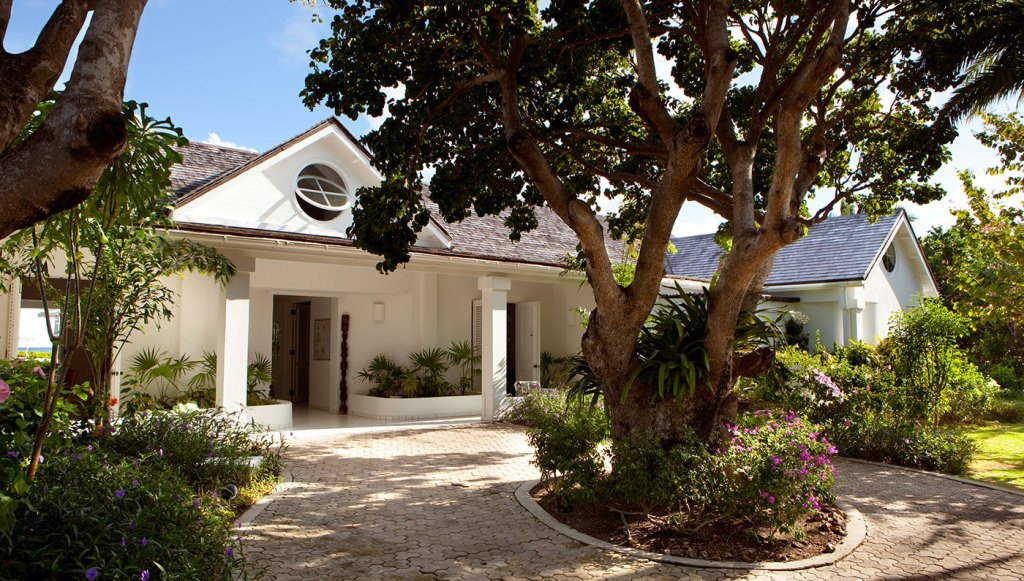 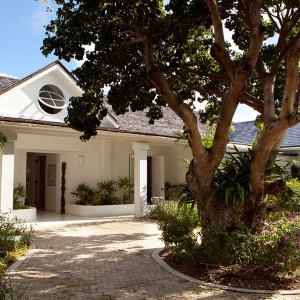 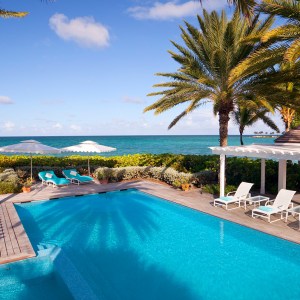 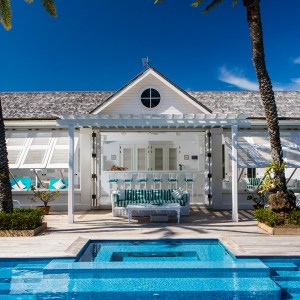 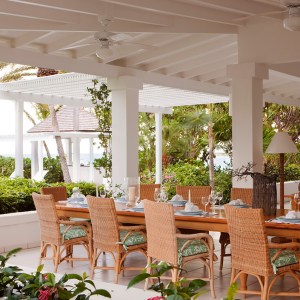 Only Jumby Bay Island homeowners and guests of Jumby Bay, a Rosewood Resort, roam the two white-sand beaches of this most-exclusive West Indies islet. The low-lying, 300-acre expanse of ancient coral reef is an arm’s reach from everything Antigua has to offer, yet only a select few may take the seven-minute ferry ride back to the bay. The lucky ones stay in the 40 Rosewood rooms and villas along Jumby Bay Beach or one of 56 private homes dotting the island’s perimeter.

Novelist Ken Follett built the seven-bedroom vacation home he calls Bananaquit on the quieter of the two beaches in the 1990s. Perched on the far west end of Pasture Bay Beach, with no visible neighbor, the snow-white estate embodies the simplicity of life on Jumby Bay. Bleached floors, walls, and ceilings contrast with the vivid turquoise sea and bright-green foliage.  Indoor and outdoor living rooms and dining areas wrap around the swimming pool and beachfront views. Like the home itself, each bedroom is named for an island bird.

Listed for $25 million—a price that includes an ownership stake in the island and resort—the property can also be rented for $11,500 nightly, which includes a chef and butler, and access to Rosewood amenities like water-sports programs, the kid’s club, and fitness facilities. If Rosewood’s tennis courts ever feel crowded (unlikely), Bananaquit has one of its own. (Inquiries: Jumby Bay Island, David Vaughan, +1 268.462.6000; jumbybayisland.com)