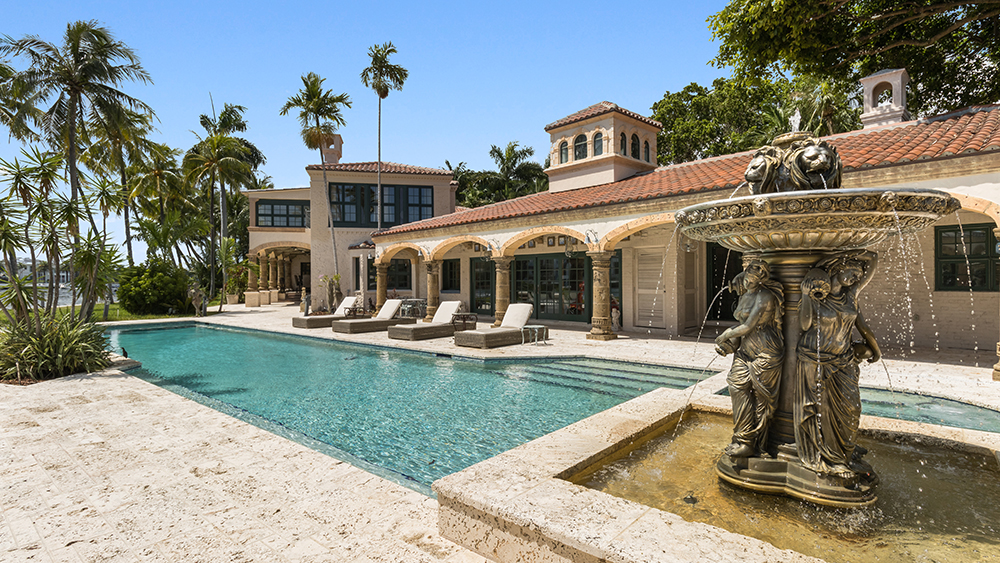 It’s no secret that as a result of the Covid-19 pandemic many are relocating. And, in turn, homes are changing hands. Michael Wekerle, a Canadian banker and reality television personality, knows this simple fact better than anyone. The businessman has just listed his Fort Lauderdale mansion for $19.25 million because he just doesn’t see himself leaving Toronto and visiting Florida again until after the pandemic is over, as per The Wall Street Journal.

It’s a move that could really pay off for the future buyer, though, as the Riviera Drive address presents a rare opportunity in Fort Lauderdale. Unlike the city’s many glossy new builds, Wekerle’s home has some history. It was originally built in 1938 for Adolphus Busch III, then the president and CEO of brewery giant Anheuser-Busch, and was designed by Francis Abreu, an apprentice of the renowned Addison Mizner. Abreu’s Fort Lauderdale buildings—and there are only a select few—are all highly sought after.

Today, the 9,392-square-foot home maintains much of its original charm. Built in the Spanish Revival style, it has eight beds and 11 baths and sits on a nearly 53,000-square-foot lot with 525 feet of waterfront. It’s even made the leap to the silver screen, having been featured in George Wells’s 1960 film Where the Boys Are, which recounts four college students’ spring break trip to Florida.

It’s not a building entirely stuck in the past, though. The mansion has many of the amenities modern buyers have come to expect, including an outdoor lap pool, gym and game room. Twelve-foot hedges line the property for privacy, and there’s an outdoor band shell for concerts. The latter was especially important for the musically inclined Wekerle, who owns the club El Macombo in Toronto.

The home also has a private dock and a separate two-bedroom guest house. Its most recent updates take storm safety into consideration with the addition of double-glazed windows in case of a hurricane and a generator.

Wekerle, best known for his appearance as a judge on the Canadian reality TV show Dragon’s Den, which follows a similar formula to Shark Tank, did take a few design liberties with the place. His flair is most noticeable in the game room, which, according to the Journal, he had painted red and added a red chandelier, too.

Want to add a bit of your own personal style to the place? Ruchel Coetzee of Douglas Elliman has the exclusive listing.

Check out more photos of the Fort Lauderdale digs, below: