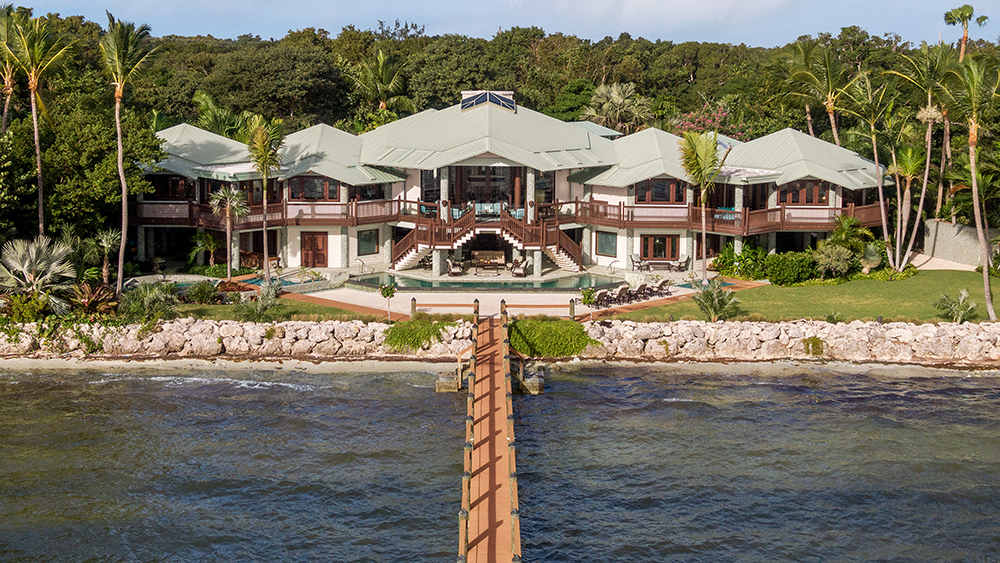 The Florida Keys are generally thought of as a vacation spot, but it pays to have real estate there as well in case you need a respite from the big city. That logic has certainly paid out over the course of the last two years, as far-flung, idyllic spots have become more sought-after than ever. Those looking for a hideaway in the Keys are in luck, then, because a unique residence has just listed there for $13.9 million.

It’s a 3.6-acre property situated in Islamorada, a village made up of six of the Florida Keys isles. At the moment, the listing is owned by Jon Landau, a film producer whose credits include Titanic and Avatar, two of the top grossing movies of all time. According to The Wall Street Journal, Landau and his wife, Julie Landau, purchased the home for $5.6 million in 2010. They called it Bali Hai, a name taken from James Michener’s book Tales of the South Pacific.

The 6,050-square-foot home resembles a tropical retreat and includes many of the bells and whistles that most will have on their list for a vacation hideaway. For one thing, the property has spectacular ocean views in almost every room, so even the indoors feel sufficiently breezy. Outside there are water features aplenty, including an infinity-edge pool and a fire pit surrounded by a hot tub. There’s also a large, 7,000-gallon saltwater pond that houses tropical fish.

For oenophiles, the home has a wine cellar with room for a whopping 1,000 bottles. Also inside are a gym, game room and tackle room. Sportier sorts can take advantage of the tennis court, while those with a green thumb will appreciate one of the property’s quirkier perks: a garden where everything is labeled with a corresponding QR code.

Like any good Florida home on the water, this one comes with a deep-water dock where you can park your personal yacht. Which all begs the question—why part with the place? Landau is reportedly spending years abroad to film the Avatar movie sequels, so he’ll be spending less and less time at home.

One of the bedrooms  Photo: Mary D. Griffin Photography