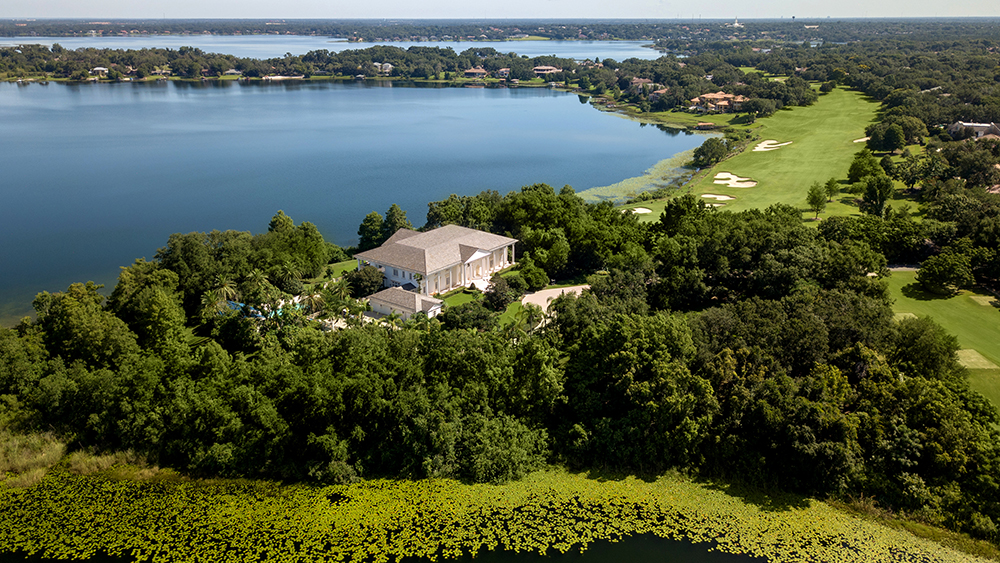 When it comes to a Florida home, most owners want an open, airy, resort-like residence to match the vibe of the ocean or beach. Joe Lewis, a billionaire who’s perhaps best known as the majority owner of Tottenham Hotspur Football Club, is not most people. When it came time for the British businessman to build his Florida digs, he took inspiration from 19th-century English architecture, constructing a Georgian façade that looks like it was lifted from Kensington Gardens and then filling the place with vintage decor. Atypical for an Orlando-area manse? Maybe. But if you dig this sort of look, you’re in luck, as Lewis has just listed the six-acre parcel for $15 million.

The 17,000-square-foot mansion is located in Windermere, a tony suburb just outside of Orlando. More specifically, the property is set within the luxury golf community of Isleworth, between the 7th fairway and 8th tee box. (Lewis not-so-coincidentally owns the golf course and clubhouse too, though neither of those is for sale.)

Inside, columns and statues give the home a stately look—the foyer was modeled after a room at Kedleston Hall in England, and features a sweeping mahogany staircase. Other old-school touches include a fireplace in the living room sourced from a home built in 1850, ceiling moldings from similarly vintage residences in the UK and a Tiffany glass installation in the primary bath that was purchased from an Elton John estate sale in 1988.

In addition to seven bedrooms, the home also has a separate study room, which includes a (sort of) hidden bar behind one of the paintings.

The home overlooks Lake Bessie, and, since it’s on a peninsula, feels relatively private. So why leave it behind? According to The Wall Street Journal, Lewis doesn’t spend enough time at the Florida manse anymore and primarily resides in the Bahamas now—hence the listing.

The view of Lake Bessie at sunset.  Mike Ortiz

As per Forbes, Lewis is worth an estimated $4.9 billion—in addition to the Spurs, his other investments include a bevy of resort properties, among them the St. Regis Atlanta and Mitchells & Butlers, a company that runs about 1,700 pubs, bars and restaurants in the UK.