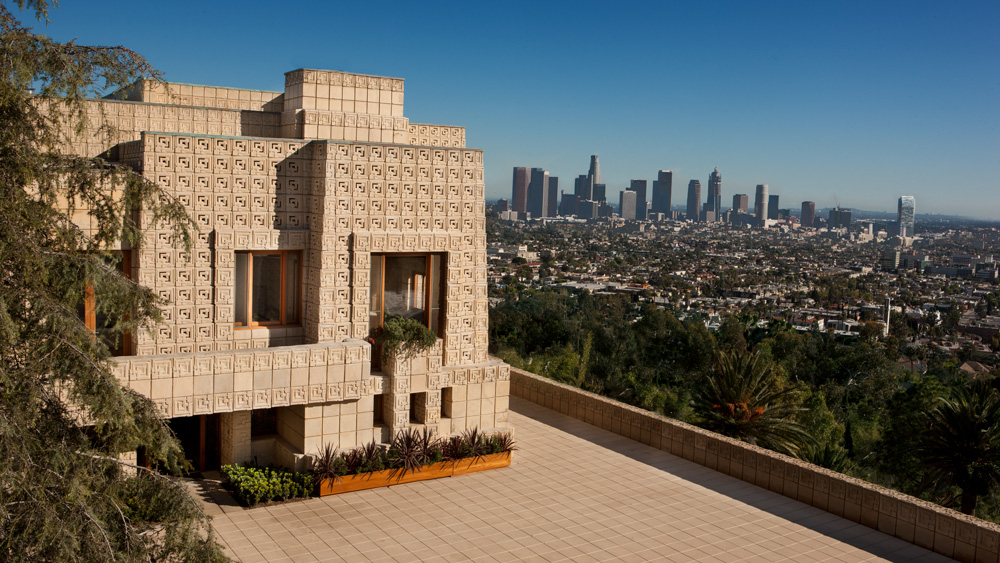 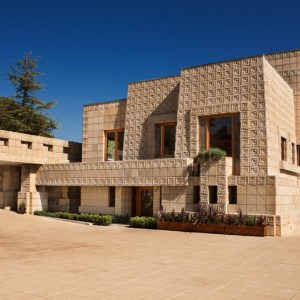 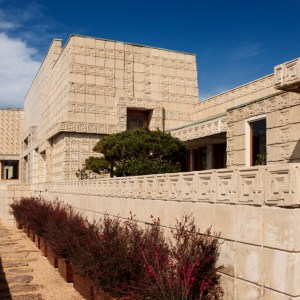 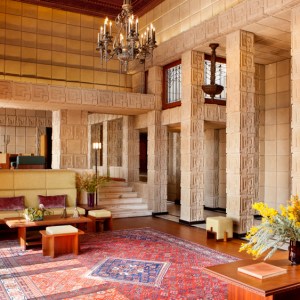 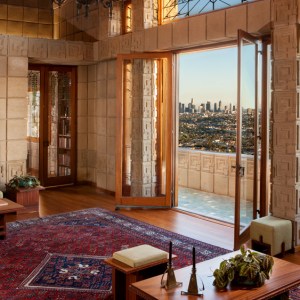 Few architects command the same name recognition and respect as Frank Lloyd Wright. The prolific American architect who designed more than 1,000 structures during his lifetime (532 of which were completed) was known for championing the Prairie School architecture movement, which was marked by homes with horizontal lines and broad eaves that mimicked the sweeping prairie landscape. Nearly six decades after Wright’s death, his architectural legacy lives on in a variety of striking homes he designed from Connecticut to California.

One of Wright’s most iconic properties—the geometric, temple-like Ennis House, which is located in the Los Feliz neighborhood of Los Angeles, Calif.—is now on the market for $23 million. Wright designed the imposing manse in 1923, and his son Lloyd Wright built the hilltop home the following year. The Mayan-style residence is the final and largest of Wright’s four Los Angeles–area textile block houses, which feature patterned, perforated concrete blocks painstakingly made by hand. Spread across nearly 6,200 square feet, the house and guesthouse were fashioned from more than 27,000 blocks.

Despite being recognized as an important architectural landmark, the property suffered from years of deterred maintenance as well as damage from the 1994 Northridge earthquake. After purchasing the home for $4.5 million in 2011, billionaire Ron Burkle oversaw a nearly $17 million renovation that refreshed and revitalized the historic haunt. The famed structure then served as a filming location for Hollywood hits such as Blade Runner. Burkle also allowed the public to access the house for several days each year per the terms of a conservation easement with the Los Angeles Conservancy.

In both the three-bedroom main house and guest apartment atop the garage, walls of ornate columns and large glass windows frame the Los Angeles skyline. And a screening/billiard room and swimming pool allow residents to relax alongside guests.