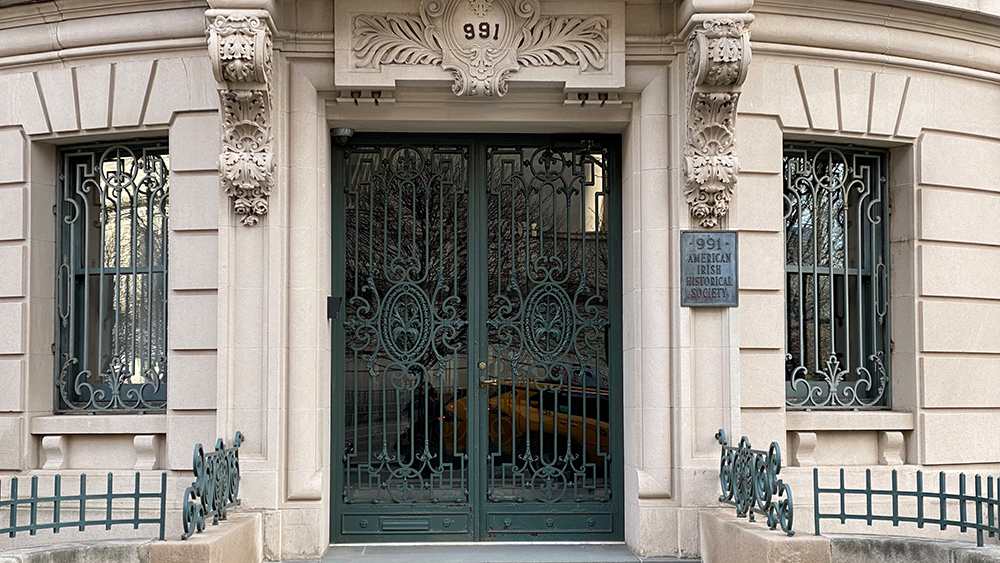 History buffs, rejoice—you can now own a sought-after piece of New York’s architectural canon. Originally constructed in 1901, a Gilded Age mansion—one of the few that remains, as many were demolished by the 1920s—has just listed for $52 million on the Upper East Side.

The 15,000-square-foot home is located on Fifth Avenue, directly across from Central Park and the Met. At the time, there were many other opulent homes like it nearby, including a home built for Frank W. Woolworth. Having a Beaux-Arts style manse or two in the area was sort of expected if you were among the city’s elite set of successful industrialists, a list that included names like Vanderbilt, Carnegie and Frick.

This particular mansion, however, was made for Mary Augusta King, the daughter of John King, the (short-lived) governor of New York from 1857 to 1858. A widow, her husband, a different John King, left her a $5 million estate—equivalent to a whopping $113 million today—part of which she spent on commissioning architects James R. Turner and William G. Killian to construct her Fifth Avenue digs.

991 Fifth Avenue has changed hands only a few times since. Following King’s death in 1905, banker David Crawford Clark bought the place, and asked interior designer Ogden Codman, Jr. to reimagine the interiors. The home changed hands again in 1918, this time to William Ellis Corey, president of the Carnegie Steel Corporation, who was at one time married to actress Mabelle Gilman. Their divorce in 1923 was considered a huge scandal—Corey spent the following years alone in the Fifth Avenue mansion until his death in 1934.

The property been in the hands of the American Irish Historical Society since 1939. The group has used the mansion as a library to house 10,000 books—including the first printing of the Bible into Irish in 1685—an extensive collection of vinyl records and letters from the White House from Franklin Delano Roosevelt back when he was a Society member. 991 Fifth Avenue has also been used as a site for hosting Society events.

In other words, it hasn’t been lived in for over 80 years. According to the listing, the five-story building can be easily converted back into a single-family home. It’s been spruced up a bit recently, too—the Society asked architect Joseph Pell Lombardi to restore the mansion’s interiors in the spirit of the original designs by Codman, Jr.

The home was restored by architect Joseph Pell Lombardi in 2006.  Brown Harris Stevens

There are notable structural advantages to the home as well. Its east-west orientation lets more light into the rooms, and the building is 25 feet wide and 100 feet deep. Outdoor spaces include private terraces, a backyard and a rooftop garden.

Interested in owning a piece of UES history? Paula Del Nunzio of Brown Harris Stevens has the exclusive listing.